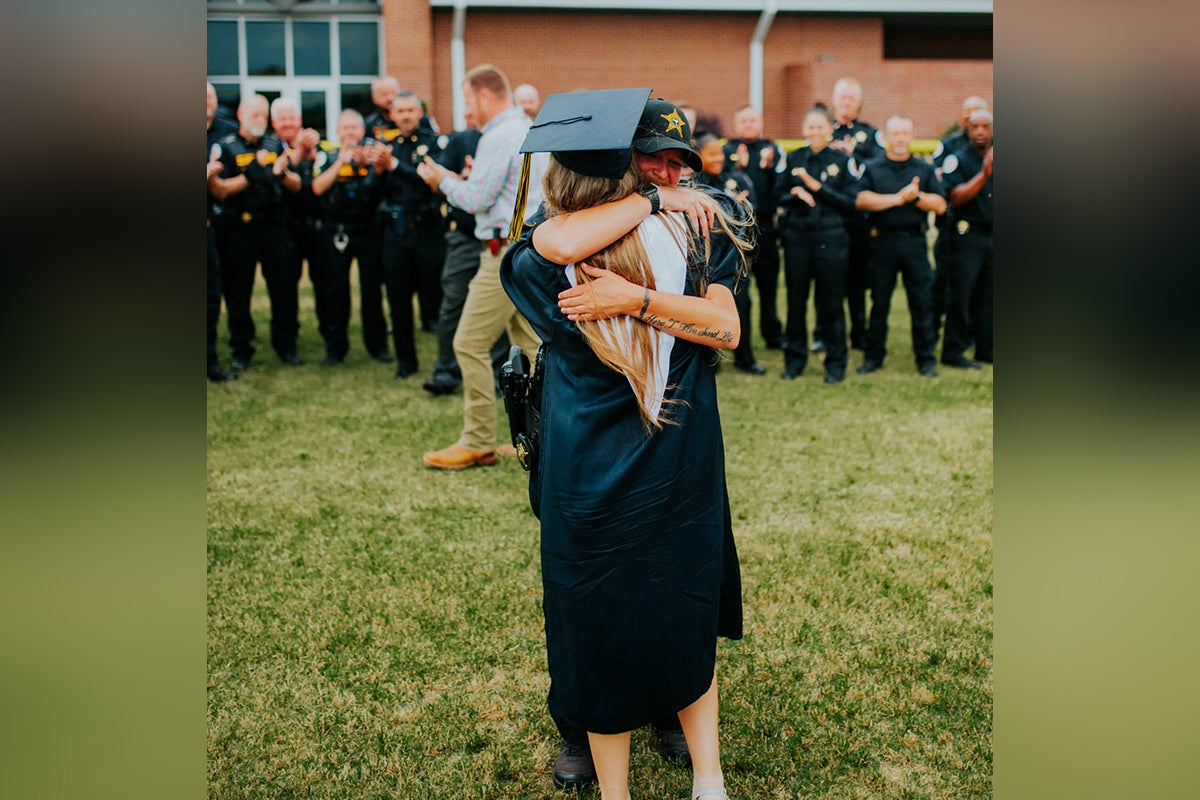 Two teenagers on opposite sides of the country paid tribute to their fathers — one a cop, one a firefighter, both killed on the job — as they graduated from high school last week.

In Anderson, South Carolina, Karlee Burdette crossed the graduation stage at Crescent High School wearing her father’s graduation cap and gown, applauded by about 30 members of the Anderson County Sheriff’s Office. Her father, Alex Burdette, was an Anderson County sheriff’s deputy when he died in 2005 helping to clear a traffic accident.

In California, Joslyn Carlon was saluted by lines of over 100 firefighters as she arrived to her Saugus High School graduation ceremony outside Los Angeles. She accepted her diploma wearing a turnout coat worn by her father, Tory Carlon, who was shot and killed in a workplace shooting while on duty in Agua Dulce just two days before the ceremony.

Tory Carlon was 44 and a 20-year veteran of the Los Angeles County Fire Department. A firefighter captain wounded in the shooting remains in the hospital.

In South Carolina, Karlee Burdette graduated as the valedictorian of her high school, the same school her father, Alex Burdette, had attended.

“I had to get a little bit creative to find a way to get him to be here,” Burdette told WSPA. “I thought I would wear his cap and gown as a way to honor him and also to have him with me on that stage.”

Anderson County Sheriff Chad McBride brought 30 deputies and employees, some who had known Alex and even been present at his death, and saluted Burdette as she crossed the stage.

“I was actually very surprised at how many of them actually came,” said Burdette’s mother, Nicole Burdette. “Some of the guys that were here, were working with Alex that night. One of the guys was the first one on scene. So I know it means a lot to me to have him here and have them all here.

In California, where the death of Tory Carlon was only two days old, over 100 firefighters attended Joslyn Carlon’s graduation. As she received her diploma, the group took a knee.