5 facts you probably didn't know about 'Rambo: First Blood' - We Are The Mighty 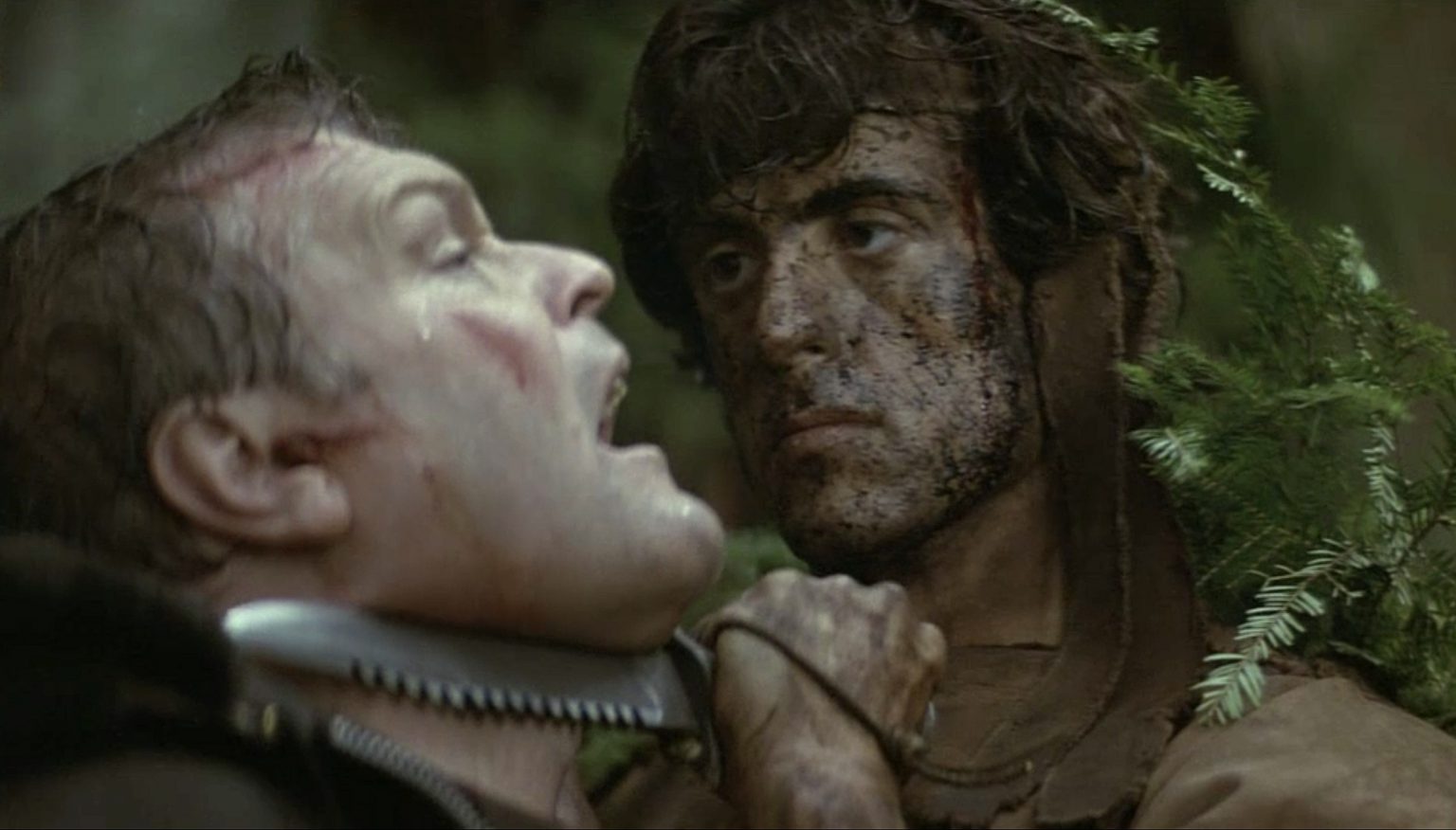 Despite First Blood’s now iconic status, here are some interesting facts you might not know about this blockbuster.

A War you won’t believe

What do you think the body count for First Blood is — 20, 30, 300? I mean, it would have to be high, right? It’s Rambo! The film is centered around a hardened Vietnam War-era Green Beret running around with a giant knife and an M60 waging a one-man war against a local sheriff and his deputies and the National Guard. Well, this hardened killer showed more restraint than lethality in his debut feature, racking up a surprising number of kills: one. That’s right, one kill … and he did it with a rock … by accident. Go watch it again if you don’t believe me.

Stallone wasn’t the first choice for the role

Several actors were considered for the role of Rambo before Sylvester Stallone was cast as the lead. Al Pacino considered the role, but he ultimately turned it down, as he felt that Rambo wasn’t eccentric or crazy enough — this likely came as a surprise to no one. James Garner, a Korean War veteran with two Purple Hearts, also turned it down as he felt the lead character represented veterans poorly. Paul Newman, who was considered not only for the role of Rambo but also Rocky, declined, too. Clint Eastwood also was considered, but he ultimately declined as he was too busy being an absolute legend.

As one might expect with the filming of an action movie, a few people were injured during the making of First Blood. Most notably, in the scene where Rambo escapes the local jail, he slide-kicks and then elbows a sheriff’s deputy in the face, leaving him lying on the floor screaming in pain. Fun fact: Those screams were real. Stallone broke the stuntman’s nose during that take, and they used the footage in the final film.

Also, during the chase scene following Rambo’s jailbreak, a stuntman flipped a cruiser going 70 mph and rolled it several hundred feet, causing the stuntman to sustain a broken back among several other injuries. Stallone also managed to break a rib on a tree branch during filming. It’s rumored the branch will make a comeback as Sly’s next opponent in the 20th sequel to Rocky.

The actual military had to get involved

Filming of First Blood actually took place in Canada, and due to Canada’s strict gun laws, these weapons had to be imported from the United States. Unfortunately, $50,000 worth of those firearms were stolen from the set and never recovered. The weapons were modified to fire blanks but could have been changed back to fire live rounds. The Royal Canadian Mounted Police and Canadian military were brought in to provide security for the set after the theft.

The movie came from a much more violent novel

Believe it or not, the movie actually is based on a 1972 novel called First Blood by David Morrell. The film and book are comparatively similar, but they do have a few distinct differences. Sylvester Stallone himself wanted the changes to make Rambo more palatable to moviegoers. Some notable changes from novel to movie: Rambo didn’t carry around a giant knife in the novel, he killed a lot of people, and at the end of the novel, he dies. Stallone decided to dial back Rambo’s killing ways to make him more likable and sympathetic. Did it work? That’s for you to decide.