77 years later, our greatest Christmas gift from Bastogne is still freedom - We Are The Mighty 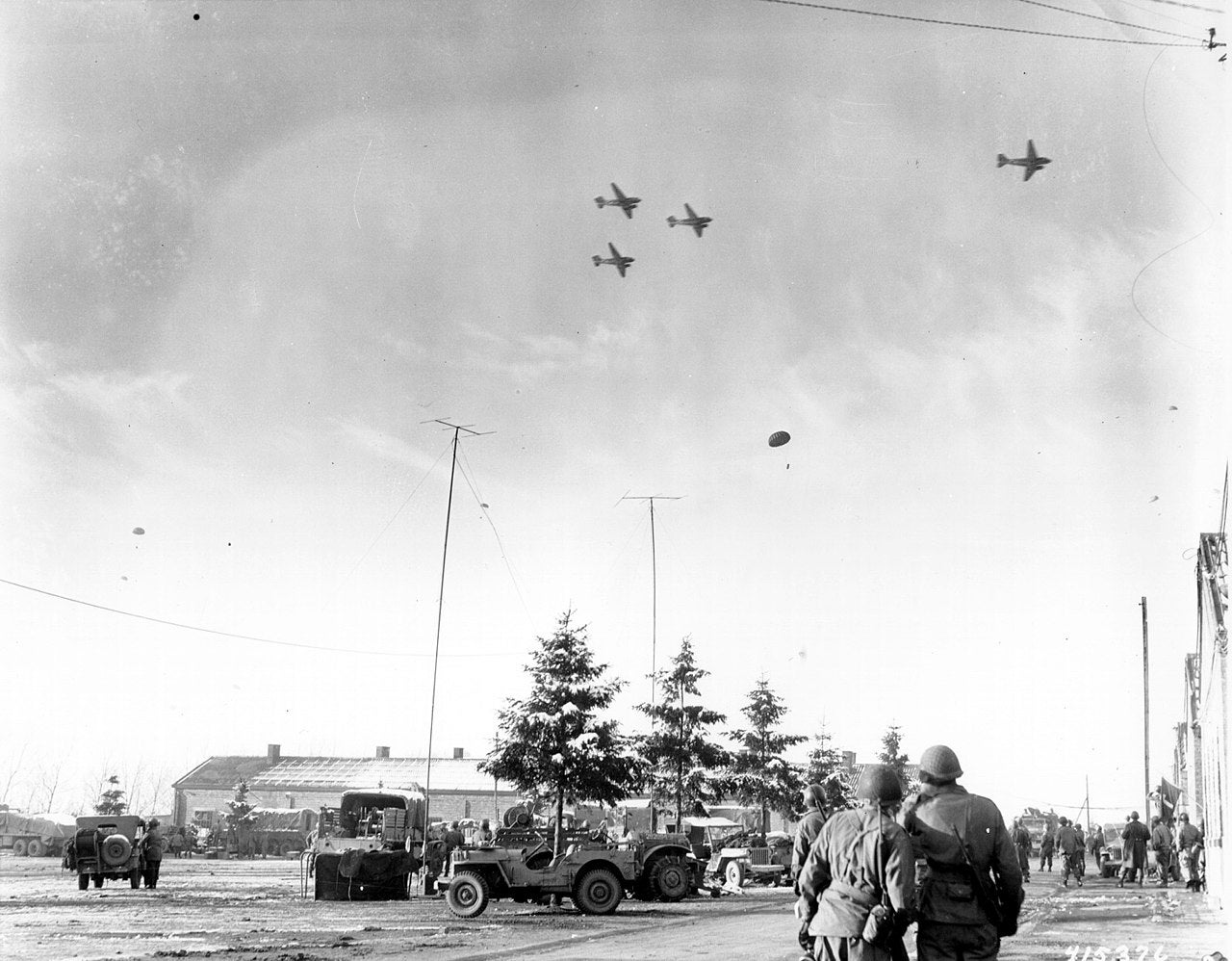 Christmastime in the Ardennes Forest is a magical setting. Snow softly falling through the oak, birch and poplar trees provides a white carpet for those wishing to take a brisk walk before retiring for a hot meal and warm bed.

Touching the geography of Belgium, Germany, and France, is a somewhat mysterious place, littered with caves, rivers and difficult terrain. It is wildly beautiful and a favorite destination for tourists.

Not so though eight decades ago.

It was here that the German high command made a last stand of sorts in late 1944. For five torturous weeks—with Christmas in the middle—a massive Nazi counteroffensive smashed through Allied lines. The main goals were to retake the Belgian port at Antwerp, and then to encircle a huge Allied force, thus increasing the odds of a negotiated peace. Keep in mind, Germany was very, very close at the end of the war to developing scores of new jetfighters, which would have flipped the narrative after the Americans and British had taken the Luftwaffe out of the war and established air supremacy in Europe.

Hitler was wounded so to speak, but still a vicious animal capable of altering the desired outcome for the Free World.

On the morning of December 16, 1944, German forces appeared out of nowhere. Poorly equipped Allied troops stared in disbelief as Panzers poured through their lines. Only heroic resistance by the American paratroopers at Bastogne kept the Germans from striking deeper to the west and northwest.

On Christmas Eve, the 2nd Armored Division stopped the German advance at its deepest point. Two days later, General George Patton’s famous march through the snow with Third Army relieved the desperate forces at Bastogne. The moment is dramatically retold in the 1970 film, “Patton,” as George C. Scott delivers a powerful performance. Sitting with a somewhat timid meeting of American and British commanders, Patton famously answers Bedell Smith’s question as to whether anyone can reach besieged Bastogne in time.

“I can attack with three divisions in 48 hours,” Patton says matter-of-factly.

A Washington Post article from 2020 tells the story of a young Army doctor, Lt. John Prior. On that miserable Christmas Eve in Bastogne, Prior had stepped outside the makeshift hospital to have a celebratory cup of champagne with a fellow soldier. Just then, they heard a screaming shell coming in and in the next instant, the hospital was a flattened, smoldering heap. Twenty wounded men were instantly killed, along with a Belgian nurse, Renee Lemaire.

Prior remembered that he wrapped her body in the very parachute he had found for her to make her wedding dress. He carried her body to her father nearby.

Ironically, another of Hitler’s epic miscalculations probably doomed his army at the Bulge. The rapidly-diminished dictator felt that striking at American troops rather than British would be a better option for his own desperate army.

Instead, American tanks fired point-blank at the Panzers, one American officer swung his jammed rifle at the enemy at one critical juncture, and by the last week of January, Germany had turned to face Berlin.

They would spend the rest of the war in retreat.

American soldiers that fought at the Battle of the Bulge would remember for the rest of their lives the disabling cold, the gnawing hunger, and the unknown moments each night as they peered through the trees, wondering when the next attack would come.

In America, traditional celebrations were of course going on, but the people were very much with “their boys” during this time. Churches stayed open 24 hours per day for prayer.

Once the Allies had regained their footing, they were able to see several good outcomes. One fairly unknown victory was the jettisoning of segregation among troop. More than 2,500 black soldiers fought heroically alongside their white counterparts, particularly at Bastogne.

A Christmas present of sorts for the American Army came on the 22nd. The German commander encircling Bastogne sent a note to American General Anthony McCauliffe, offering to accept the American surrender. Failure to do so would see six German battalions open up on the defenders.

In a response that clanged in the cold air, McCauliffe simply replied, “NUTS!”

The saucy response emboldened the inhabitants of the besieged town, and days later, Patton’s lead tank, “Cobra King” appeared at Bastogne. His men had marched 100 miles in two days, with no sleep and little food.

What those men did in an iconic forest 77 years ago was the greatest Christmas present the American people could have hoped for.