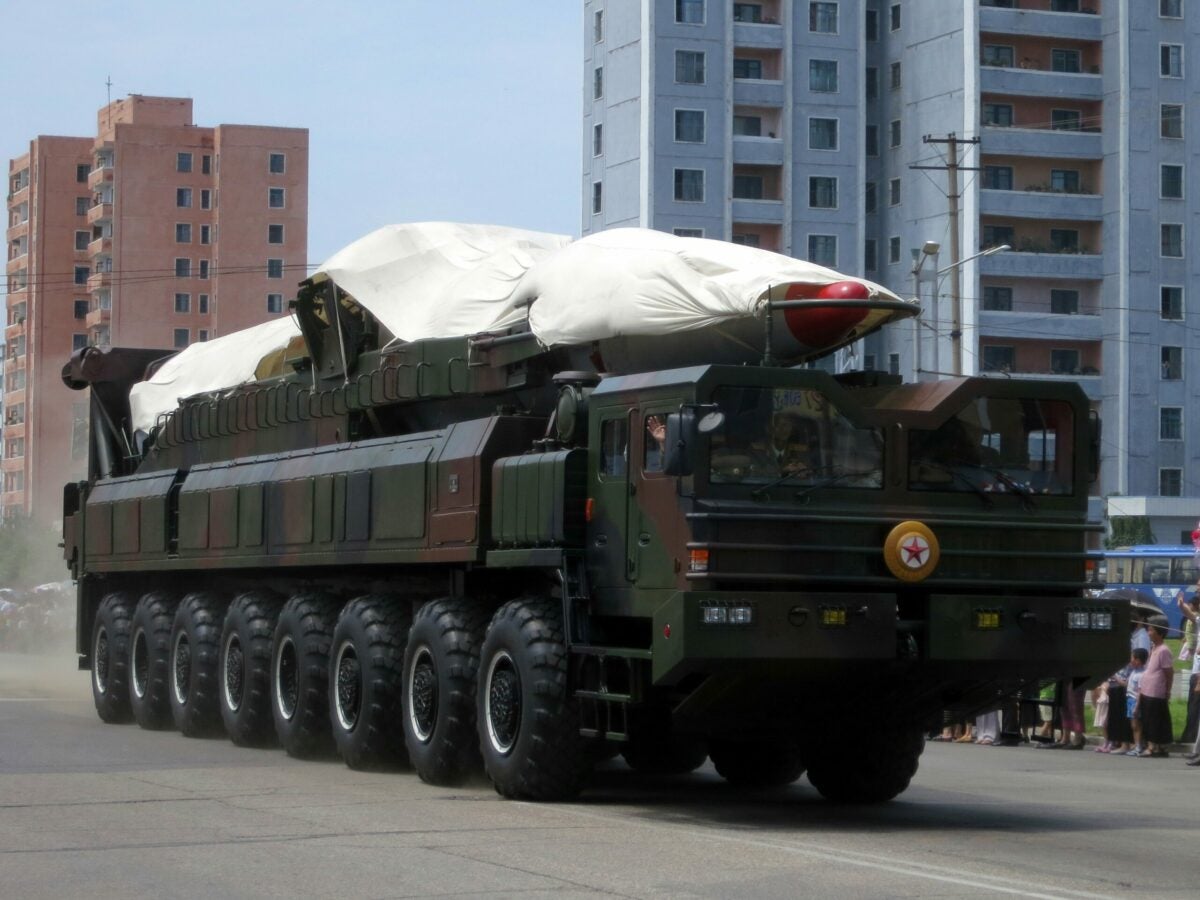 North Korea hasn’t always been a nuclear pariah. For most of its history, it was just a regular pariah. Even the Soviet Union wasn’t thrilled with Kim Il-Sung’s special brand of communism, but as time went on other communists became hard to come by, so they cut the North Koreans a break.

Time definitely took its toll on communist countries. These days, there are very few communist countries left; Cuba, Laos, Vietnam and China all stand with the Democratic People’s Republic of Korea (DPRK). But North Korea is the only one that still goes around threatening its neighbors. For most of the post-Cold War era, no one really cared much. Then they got nukes.

But it wasn’t always that way. In 1985, the DPRK actually signed the worldwide Nuclear Non-Proliferation Treaty (NPT), committing it to halting the spread of nuclear weapons and associated technologies. It also promoted the peaceful use of nuclear energy. North Korea even had a nuclear power plant. This might have been at the behest of its Soviet benefactors, but it was still a good step forward.

Just before the fall of the Soviet Union, the USSR and the United States signed the Strategic Arms Reduction Treaty, or START, which limited the deployment of nuclear weapons around the world. As part of this 1991 treaty, the United States removed its nuclear arsenal from the Korean Peninsula. The decision was celebrated in North Korea, where the two Koreas agreed not to produce or receive nuclear weapons or process uranium the very next year.

But like most things in North Korea, it was short-lived. In 1993, the country was suspected of having an underground nuclear enrichment program and refused inspections from the International Atomic Energy Agency (IAEA). As tensions mounted, the DPRK threatened to withdraw from the NPT. Cooler heads prevailed after the U.S. intervened and talked it out.

Tensions soon mounted yet again and it looked like North Korea and South Korea were on a collision course for war. In 1994, former President Jimmy Carter met with Korean leader Kim Il-Sung and defused the situation, paving the way for a bilateral agreement between the U.S. and the DPRK.

During this time, the founder and President of North Korea, Kim Il-Sung died and his son, Kim Jong-Il took over amid a worsening famine there. That same year, the two countries agreed on a framework to halt North Korea’s illegal nuclear program in exchange for food aid, oil, food and two light-water reactors for energy.

Within five years, construction on the light-water reactors had begun and North Korea issued a moratorium on nuclear-capable missile testing. Its willingness to put its arsenal on hold led to the first Inter-Korean Summit in 2000. South Korean President Kim Dae-Jung visited Pyongyang after five decades of constant threats and conflict. The two left the summit with an agreement to begin multiple joint business ventures and cultural cooperation projects. Families separated by the Korean War were reunified and the U.S. eased economic sanctions on the DPRK.

The warming relations between the two countries lead to a state visit in Pyongyang from U.S. Secretary of State Madeline Albright. The two countries talked about an end to North Korea’s missile program but were unable to seal a deal before the end of President Bill Clinton’s time in office.

Clinton’s successor, George W. Bush, listed North Korea as part of an “Axis of Evil” in his 2002 State of the Union address and his administration refused to certify North Korea’s compliance with the 1994 Agreed Framework. North Korea responded by leaving the Nuclear Non-Proliferation Treaty and disregarding all agreements with South Korea. It expelled all IAEA inspectors and reactivated its nuclear plant in Yongbyon.

To ease tensions, leaders from North Korea, South Korea, Japan, Russia, the United States and China agreed to meet in Beijing in 2003. The Six-Party Talks (as they became known) succeeded in getting everyone together but no agreements were made. Two years later, the Six-Party Talks bore fruit, resulting in a North Korean agreement to end its nuclear program. It didn’t rejoin the NPT, but agreed to its terms.

Until 2006, that is, when North Korea conducted its first underground nuclear test, along with seven ballistic missile tests. North Korea had officially joined the nuclear club. Since then, the effort to get North Korea to end its nuclear and missile programs has been a mess of quick starts and stops. Every time progress is made in negotiations, the DPRK finds a way to destroy it and advance the programs.

Kim Jong-Il died in 2011, and his successor (and son) Kim Jong-Un briefly halted the nuclear program. The new leader briefly raised hopes of a nuclear-free Korea, but even those were soon dashed. Today, no one knows how many nuclear weapons the North has, or even how many missiles, but it is known that it is capable of striking the west coast of the United States – and everywhere in between.