A voice from beyond: How veterans really want to be remembered on Memorial Day - We Are The Mighty

A voice from beyond: How veterans really want to be remembered on Memorial Day 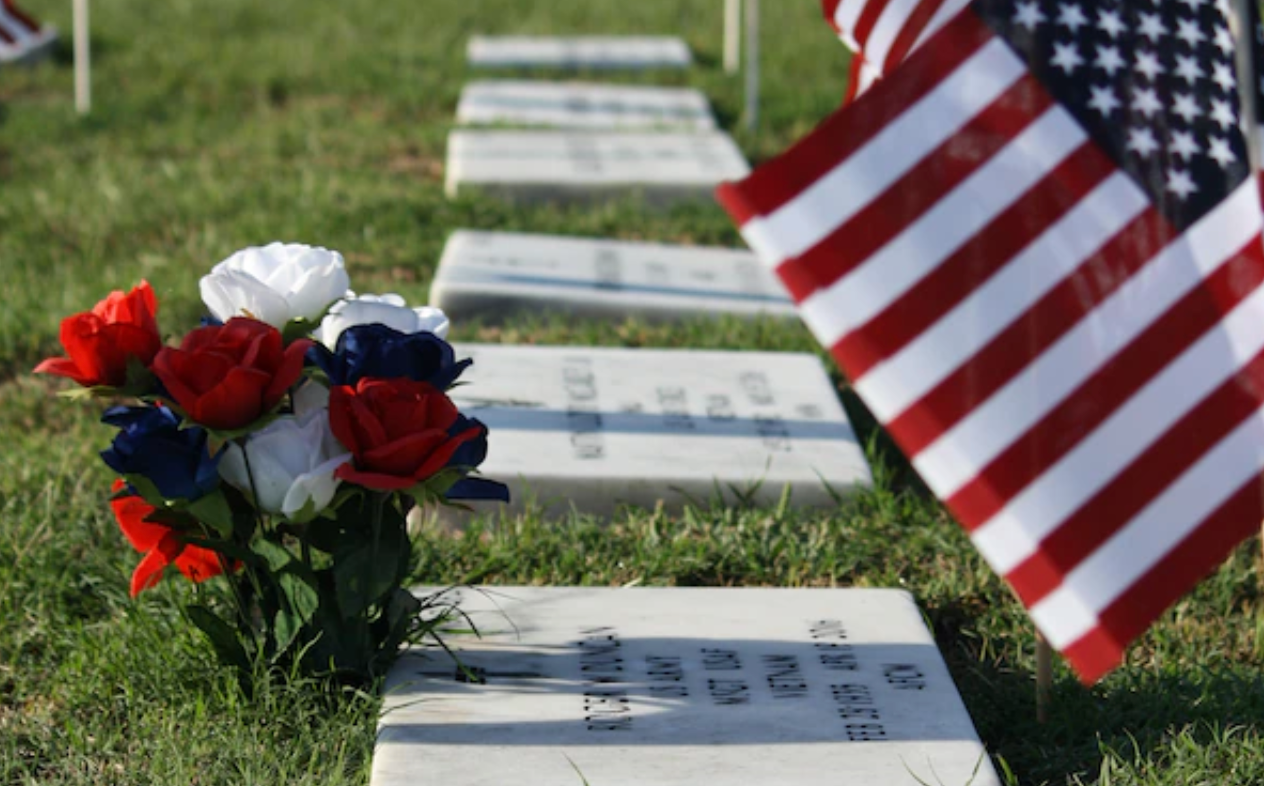 Every Memorial Day we remember those veterans who have departed or paid the full measure. But how do they want to be remembered? I believe I know.

Assigning meaning to Memorial Day can be more difficult than Veteran’s Day. On Veteran’s Day, we can shake a hand (bump an elbow) and thank them for their service. Memorial Day, on the other hand, is much more introspective. Fresh flowers and flags on the rows are designed not only to honor, but to remind us of the awesome sacrifices that come with freedoms we enjoy. These concepts are noble, but to be honest, I usually found myself thinking much more locally. I often recall my great uncle who bore a tremendous sense of guilt over his younger brother’s ultimate sacrifice on “The Rock”, Corrigedor toward the end of World War II.

Like so many stories of that time, three brothers – my grandfather Frank and his two younger brothers Emanuel “Mindy” and Maurice “Morsie” all served in combat in the Army during WWII. At the start of the war in Europe, Frank was already an ROTC grad, and an officer with the Corps of Engineers. Mindy was back home in Ohio running the family hardware store. When the clouds of war began to gather and it became clear America’s involvement was inevitable, he convinced himself and his friends that the best thing to do was to enlist together and get into “parachute school” so they could all make a higher rate of pay than your basic GI. (PS: There was no question why Mindy was chosen to run the family business.) In this posse who made their way to the recruiter’s office that day (seven in all) was Mindy’s younger brother Morsie, then just barely 18, still in high school.

Of all those men that day, all but one washed out of jump school: Morsie. He took Mindy’s advice even further by training to become a combat medic and went to war an SP5. Having jumped his way into combat all the way down the South Pacific, on his fateful day (in fulfillment of MacArther’s promise), the planes faced tricky winds – they jumped too low, and many – including Morsie – did not survive the landing. His older brother Mindy never forgave himself. His only consolation was to admit so much every time he told us Morsie’s heroic story.

This year, for the first time, I figured out how Morsie wants to be remembered. On April 6, 2020, the most decorated officer of the 82d Airborne and Medal of Honor nominee Lt. Col. James “Maggie” Magellas died at age 103. I had the good fortune in 2014 to have interviewed him for an article I wrote in US Veteran’s Magazine that same year. Maggie had left such an impression on me that we stayed in touch over the years. Upon his passing, I went back to his interview and reflected on his brand of leadership philosophy. However, what caught my attention was the part of the interview where he discusses how veterans want to be remembered. Like a voice from beyond, Maggie was telling me first hand how he saw his legacy. It spoke directly to us all in 2021.

On this first Memorial Day since his passing, here is that transcript:

“What was it we were fighting against (in WWII)? It threatened those things that we hold dear: rule of law, anti-discrimination, respect for others. We were against violence … instead of hatred, we believed in tolerance. The enemy embodied all those things, and that’s what we fought.”

“When I was with the guys, I never knew whether they were Republicans or Democrats or where they came from. It made no difference; that was never a factor, ever or since. What held us together was the adversity we were facing together and looking out for each other.” Maggie said, pointing at me for emphasis.

“Respect the other guy.” He paused for effect. “We are not all the same; diversity is what makes us great … [the Allies] were against gangs and against violence and bullying,” Maggie said, voice animated.

Off record Maggie told me that he decided at some point to stop speaking and taking questions about his battlefield experiences and leadership decisions. He understood the interest in it but thought there was something far more important that he wanted to talk about. He was afraid that we were losing our respect for one another. When asked about the war his stock answer became “it’s all in my book.” (His book All the Way to Berlin is considered one of the best accounts of the American European campaign, and was source material for the film and series Band of Brothers.)

He then decided to go to schools and military bases and speak to youth about integrity and leadership. By 2014, when I interviewed him, he had done more than 250 speeches, ranging from high school students in Phoenix, Arizona, to active 82nd Airborne troops in Afghanistan. With a razor sharp mind at 97, he spoke like a philosophy professor to those who he believed are the true “legacy of every veteran”. Here is an excerpt from one of his speeches to high school students:

“You are in a beautiful school because someone paid the price. If you want to honor me, and you want to honor veterans, then you will bide your lives along those principles for which we fought … I’ve left a lot of buddies that I buried over there who lost their lives so you could come to this beautiful school … we fought to preserve our way of life.”

It’s as if Maggie is speaking to us all this Memorial Day 2021, as we emerge into a post-COVID world of separation, with so many things designed to bring out our worst nature, tribalism and partisanship. We must use this day for its purpose to let their sacrifice bring us together and refresh our resolve to care for each other, respect one another, one and all.

So on this Memorial Day, I have decided to remember my uncle Morsie – not by lamenting where he fell, but by celebrating where he rose. Taking his brother’s sage advice, he challenged and educated himself to excellence in all his actions in service to our way of life, and moreover in service to his brethren as a combat medic. I also thank Maggie for recalibrating how we should all be remembering our veterans, and the character we should bring as a country in their honor. Defense of our way of life does not refer to the maintenance of a prosperous economy, but truly a nation of citizens who strive to accept and respect everyone equally, and who can celebrate in its own diversity.

In closing, I send Maggie’s message to our students and their parents who struggled through a hard year, and need to hear his words more now than ever. Maggie said, “I always speak to students, because if [veterans] have a legacy to leave, it’s got to be with the students. If our service changes the life of one child, it was worth it.”

Yes, Maggie, it was worth it. Thank you and God Bless your soul.

Frank Connelly serves as producer for ‘Those Who Serve,’ a feature-length documentary, that gives a compelling and personal look at three psychologically wounded American combat veterans who committed crimes and now struggle to find a just outcome in our nation’s courtrooms.