Today in military history: Air Force gets first ‘Ace’ since Korean War - We Are The Mighty 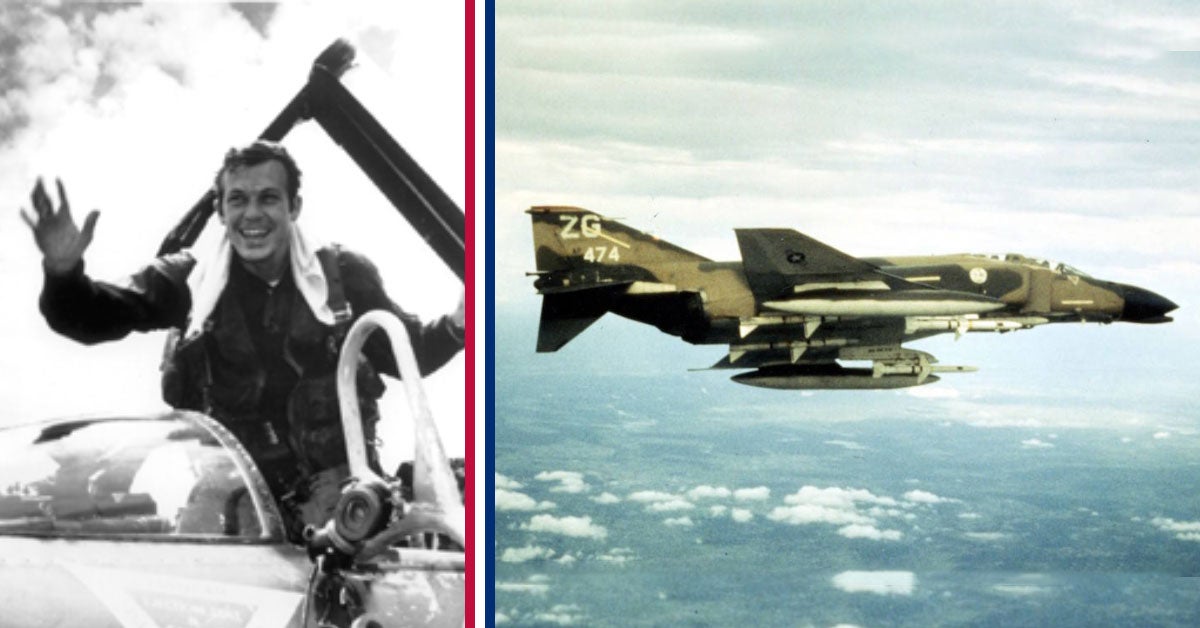 Traditionally, the ace is designated for shooting down five enemy aircraft. Today, it’s a rare feat for an American pilot — because no country wants to take on the U.S. in a dogfight.

Ritchie was the only Air Force pilot ace of the Vietnam War. The U.S. Navy had two.

Born June 25, 1942, Ritchie was a star quarterback in high school, a starting halfback for the Air Force Academy, and number one in his class a flight school. He flew the F-4 for the 480th Tactical Fighter Squadron at Danang Air Base, South Vietnam, in 1968 then returned to the states to become one of the youngest Weapons instructors in the history of Air Force Fighter Weapons School at Nellis Air Force Base, Nevada.

He volunteered for a second combat tour in January 1972, which is when he would reach legendary status. According to Ace Pilots, “Flying an F-4D with the famed 555th (“Triple Nickel”) Tactical Fighter Squadron he joined the ranks of the MiG killers when he downed a MiG-21 on 10 May, one of several Air Force aerial victories that day. He scored a second victory on 31 May, another MiG-21. A classic low-altitude dog fight on 8 July tied Robins Olds’ five-year-old Southeast Asia record as two more MG-21s fell to his Sparrow missiles. Then, on 28 August, came the mission that propelled Steve Ritchie into the record books. Leading Buick Flight, four F-4D Phantoms performing Air MiG CAP ( Combat Air Patrol) north of Hanoi, it was Ritchie’s job to protect the Strike Force coming in from the Southwest to hit the Thai-Nguyen steel plant.”

Ritchie had more than 3,000 flight hours, 800 combat hours, and decorations that included four Silver Stars and 10 Distinguished Flying Crosses before his retirement in 1999.