Army Soldier reflects on Black History Month: ‘Black history is American history’ - We Are The Mighty 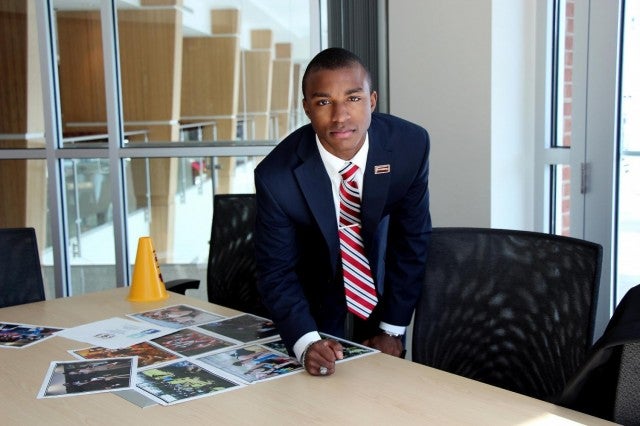 During his speech, Nuñez told the story of a lesser-known man named Walter Reuther. Reuther was white, and a powerful civil rights ally who, among many other feats, helped organize the March on Washington and stood by King as he gave his “I Have a Dream” speech.

He wanted the Soldiers listening to remember that progress for African American rights was and is still accomplished by working together.

Long before Nuñez found himself deployed to support a NATO peacekeeping mission in Kosovo and giving this speech, he was spending time at the beach or the mall in southern California, where he grew up. He was raised in Rancho Cucamonga, a foothill suburb of Los Angeles, and attended Los Osos High School. It was here that Nuñez became involved in several extracurriculars, including student government, Model United Nations and Future Business Leaders of America.

The FBLA helped spark his passion for financial literacy and later motivated him to become a budget program analyst with the 3rd Medical Command (Deployment Support) based out of Atlanta, Georgia.

“A majority of my friends were in the FBLA,” said Nuñez. “We talked about the stock market all the time. From 13 years old to now, I was surrounded by people who non-stop talked about finance.”

Racial issues and economic hardship often compound each other and overlap. When Nuñez moved to Savannah, Georgia, to attend college, he observed this firsthand. Compared to his hometown, which he described as racially diverse and generally inclusive, Savannah’s racial atmosphere was totally different.

“In California, you have disparities based on income,” said Nuñez. “Rich people, regardless of their race, live in one area and poor people live in another area. But in Savannah, I saw poor white people live over here and poor Black people live over there. That was very different to see people who don’t have anything couldn’t even live together.”

At a young age, it was shocking for him to see this segregation, and at times, he was the target of racist behavior. But as he got older, Nuñez came to accept that people are shaped by their environments.

His younger sisters’ school textbooks in Georgia, for example, look completely different than the textbooks he used in California. He believes many racial and financial issues that persist in the U.S. can be tied to differences in K-12 education curriculum across the country.

“It’s just a totally different education campaign,” said Nuñez. “So instead of victimizing myself, I took it as an opportunity to educate people. In the K-12 system, we’re not taught what money is or how to use it properly. You have very smart people who can perform brain surgery but can’t balance their checkbook. Why is that?”

One way Nuñez helps educate others is by passing on his knowledge of financial responsibility to friends, family and his fellow Soldiers. His biggest inspiration is Robert Kiyasaki, an American businessman and author.

On a previous 2018 deployment to Kuwait, Nuñez would often swap investing and real estate advice with his boss and read Kiyosaki’s financial philosophies. That consistent exchange of ideas and strong mentorship, followed by his ability to use that information after deployment, has helped Nuñez build a profitable real estate business.

“I was able to do a lot more because of the decisions I made in those nine months,” said Nuñez. “That’s one of the things I’m most proud of. Not just the ability to take in information, but to act on it and enjoy the fruits of that labor.”

The mentorship Nuñez has received from his senior leaders is something he encourages all Soldiers to seek out during their military careers. As we celebrate Black History Month, coming together to talk about life experiences is one way the Army can continue working toward a diverse, inclusive environment that’s representative of the Soldiers who serve in it.

“While people can’t do a potluck or a play to celebrate because of COVID-19,” said Nuñez, “they can reflect on the fact that Black history is really American history.”