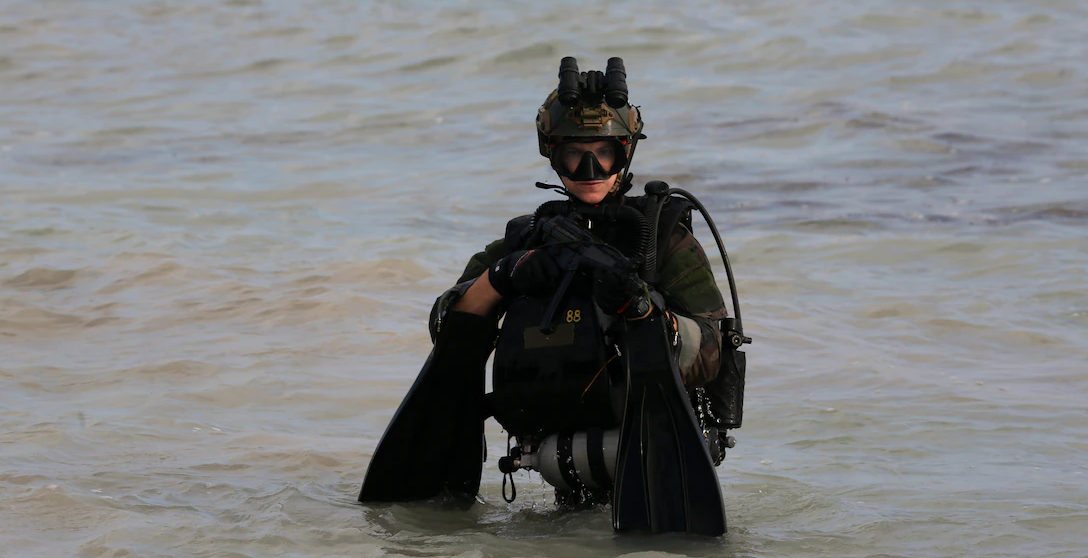 Today, a female college student is set to make history by graduating from one of the toughest special operations courses in the entire U.S. military.

Sandboxx News has learned that on Thursday a female cadet will become the first woman to ever graduate from the Army Special Forces Underwater Operations School (SFUWO).

A rising junior at a state school and a member of the Reserve Officer Training Corps (ROTC), the female student has also been chosen as the class honor graduate, a remarkable distinction reserved for the best student who has distinguished him or herself through his or her physical and mental fortitude.

“The news is a very big deal. [Combat] Dive school is arguably the toughest school in the military with the highest attrition rate. It demands perfection and attention to detail every single day. The course is long and wears down everyone,” John Black, a retired Special Forces warrant officer and combat diver, told Sandboxx News.

Located in Key West, Florida, SFUWO trains Army special operators, such as Rangers, Green Berets, and even Delta Force operators, to become combat divers, dive supervisors, or dive medical technicians. Although SFUWO is an Army school, commandos from other services, such as from the Air Force Special Operations Command, also attend from time to time.

A six-week course, the CDQC graduates approximately 300 students every year. It teaches surface and subsurface waterborne infiltration, including the use of the Draeger closed-circuit/ semi-closed-circuit underwater rebreather.

Admission to the Combat Diver Qualification Course (CDQC)—the flagship course of the SFUWO and the one that the female cadet will be graduating from—is highly selective. A special operator must have already excelled at his home unit and passed several in-house assessment and training courses before getting orders to Key West.

It isn’t uncommon for seasoned Rangers and Green Berets to fail CDQC. It’s also not uncommon to have fatalities in what is, by all accounts, a very difficult course, both physically and mentally. Only a few weeks ago, a Green Beret from the 10th Special Forces Group died during the CDQC.

“Dive school is extremely difficult. To endure the physical and mental aspects of the course, it’s a huge achievement. To be the honor grad is a big deal. She’s the fastest and the best. Big congratulations to her and those that will follow,” Black added.

This isn’t the first time an ROTC cadet has graduated from the Combat Diver Qualification Course (CDQC). Several universities send ROTC cadets to the schoolhouse during the summer, with a rare few making it through. However, up to this point, no female, regardless of service status, had ever graduated.

Although this is a high point for the Army special operations combat diver community, not everything is rosy within their ranks. The community has been suffering from some degree of neglect throughout the past two decades of fighting terrorism in the Middle East and Southwest Asia.