Chive Charities all in for America’s veterans and first responders 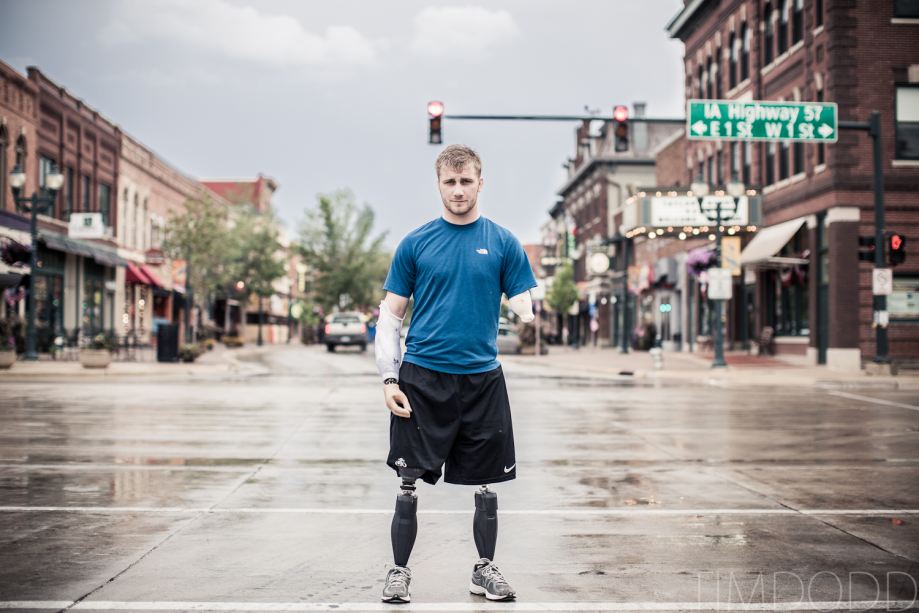 Chive Charities not only supports those with rare medical conditions but they’ve stepped forward and doubled down on its commitment to America’s heroes. For the veterans and first responders who sacrifice so much, the nonprofit is ready to turn the tables and serve them.

What began as a grassroots movement to support those in need has evolved into one of the most recognizable charities in the country. But it’s more than just a nonprofit, it’s a community of do-gooders who believe in the mission of kindness and working together to make the world a better place.

Erika Carley is the Senior Director of Operations for the organization. She said that even still to this day, reflecting on the origins of Chive Charities is still overwhelming. Although a well-known online “community,” its roots in service began when the founder received a letter long before it was a charity. In it, the writer shared how his small town was close to losing its only fire department because there were no funds to maintain it.

“It would keep John Resig, Founder of theCHIVE up at night. Although he’d received letters for fundraising before, this one really hit differently. The next day, he put it on theCHIVE site,” she shared. “TheCHIVE community responded incredibly. The $24,000 the town needed was raised and then $12,000 beyond that, all in one day.”

John realized something special was happening, Carley said. “It became very clear on that day that we needed an organization separate from the Chive which could facilitate these donations and increase the impact by the Chive community,” she explained.

Stories kept pouring in and there were three identifiers consistently coming in: rare medical, veterans and first responders, Carley said. It would be those letters which would influence the mission of Chive Charities. The organization incorporated in 2012 and since then has given over $16 million in aid.

Not long after becoming official, the team would find their first veteran to support. On May 3, 2012 Navy Petty Officer 2nd Class and EOD Technician Taylor Morris was leading a team of Army Special Forces through the Kandahar province in Afghanistan. During his sweep, he stepped on an IED.

In an interview with Chive Charities, he shared the story. “I knew I had arterial bleeding from all 4 limbs and I was bleeding out fast. I told my buddies to stop, it would only have hurt me more if somebody stepped on another one,” Morris said.

Miraculously the team cleared the area and was able to administer the combat casualty care which saved his life. Morris was still healing at Walter Reed when theCHIVE spoke with him to see what they could do to support his needs. Although he assured the organization he was being taken care of by the Navy, he did share that his dream had always been to live in a log cabin.

The goal was to raise $30,000 for the down payment on the cabin. It was surpassed within the first hour the story was live on the site and by the end of the week, Chivers had raised $250,000 for the combat wounded veteran.

His story would start a chain reaction of incredible giving by theCHIVE community for veterans and first responders. Service animals, wheelchairs and adaptive vehicles are just some of the life-changing items and supports they’ve raised up.

On July 7, 2021 Chive Charities launched A Call to Veterans and First Responders, a campaign to find and support even more heroes.

For Chive Charities Content Manager Brittany Myers, this programming hits home. Both parents and her siblings are Army veterans and she recognizes first hand the sacrifice required of those who serve. “I understand how difficult it can be for them to accept help,” she explained.

Myers explained that although veterans are mostly covered with their medical insurance, there are often specific items which aren’t. Watching the organization step forward to stand in the gap has been incredible to see, she said.

Both Carley and Myers remain hopeful that by sharing the team’s mission and the unbelievable stories of kindness, more of America’s heroes will step forward to be welcomed into theCHIVE family where the community is just waiting to serve those who serve.

To learn more about Chive Charities and how you can apply for assistance or support the efforts, click here.