Did the phone call for fire scene in 'Heartbreak Ridge' really happen? - We Are The Mighty

Did the phone call for fire scene in ‘Heartbreak Ridge’ really happen? 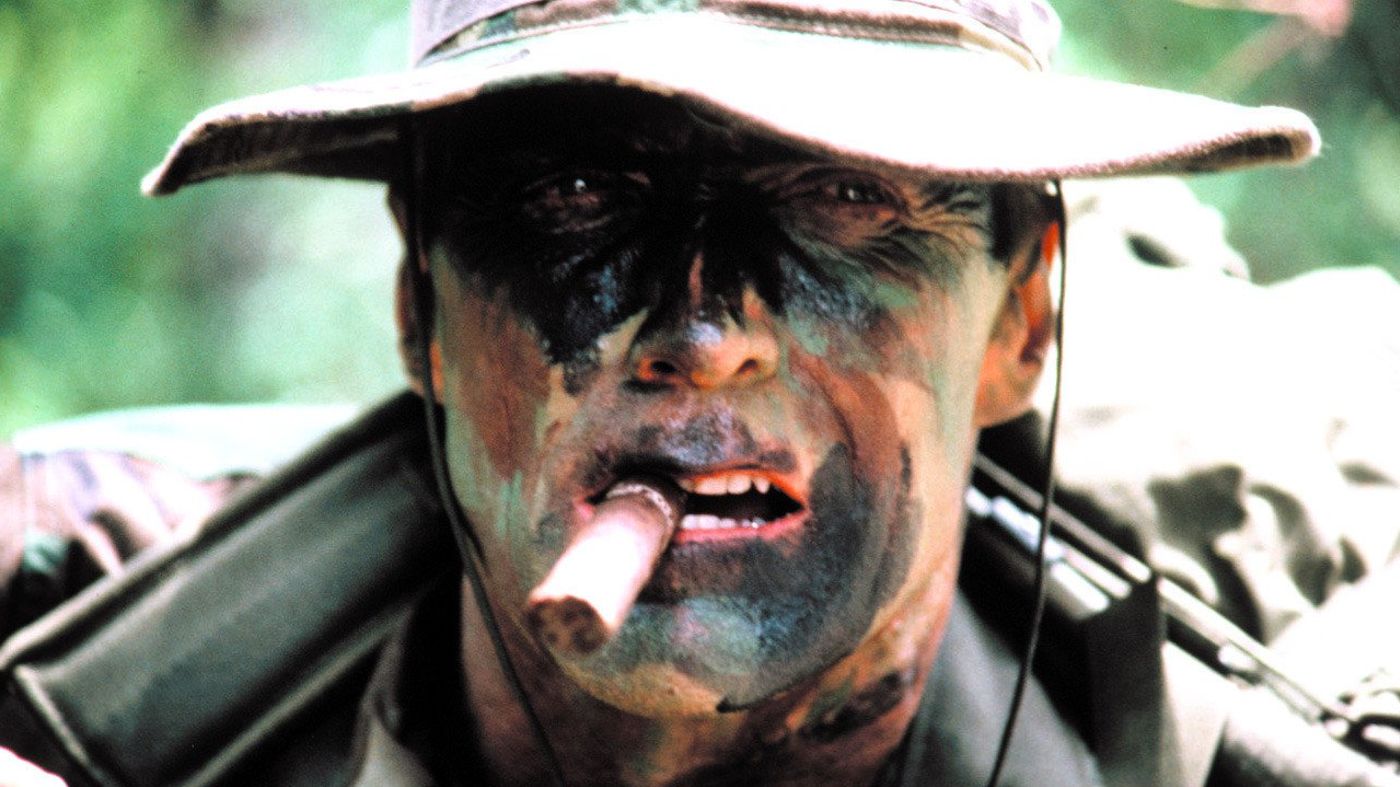 While typically rooted in true events, war films often take “creative liberties” in the portrayal of military members and their exploits. Heartbreak Ridge is no exception, but there’s one famously far-fetched scene in the cult classic that may have actually happened.

The 1986 film depicts the efforts of Medal of Honor recipient and thoroughly crusty Gunnery Sgt. Tom Highway (Clint Eastwood) as he whips a group of undisciplined Marines into combat shape just in time for the 1983 invasion of Grenada. While Heartbreak Ridge is known for its over-the-top depictions, the scene where Gunny Highway finds himself in a jail cell for bar fighting and urinating on a police cruiser might be the most accurate depiction of a battle-hardened Marine staff NCO in history.

In the film’s depiction of Operation Urgent Fury in Grenada, there is no shortage of hip firing from the highly trained Recon Marines, who use almost no structure or tactical maneuvering. And at a climactic point in the battle, the pinned-down Marines use a house phone and credit card to make a collect call back to Fort Bragg to request air support.

As unlikely as that last one seems, it may have actually happened.

Operation Urgent Fury is infamous for the innumerable blunders and SNAFUs that occurred before and during the operation. The US military of the early ’80s was a largely untested force that was undergoing a large-scale downsizing and restructuring (stop me if this sounds eerily familiar).

President Ronald Reagan sent an initial force of 2,000 troops to rescue the nearly 1,000 Americans in Grenada at the time and settle the turmoil there, but the Pentagon ultimately had to send in roughly 4,000 additional military members to complete the operation. Short notice, bad planning and intel, and poor interservice communication plagued the operation.

US forces ultimately succeeded, and that was due, in no short part, to the boots on the ground doing what they do best — adapting and overcoming. Many stories are told from this operation, but none encapsulate the event and also the versatility of the American warrior quite as well as the legend of the American who called for indirect fire from a pay phone.

As the tale goes, US service members were pinned down by enemy fire and were in dire need of artillery to gain the upper hand. Communication to any kind of support was cut off, spurring one quick-thinking soldier to action. The soldier allegedly took out his credit card and utilized the nearest pay phone to call Fort Bragg. The call was relayed through several channels and the necessary artillery was provided — saving the soldiers and winning the day.

To date, there are a couple of different versions of this legend. One involves a Navy SEAL making the call from a governor’s mansion for air support from an AC-130. However, Marines claimed the fire came from a naval destroyer positioned just off the island. Another involves a member of the 82nd Airborne actually using a pay phone to call his wife back at Fort Bragg who then relayed the message to his command.

We may never know what really went down, but the legend of the phone call for fire inspired screenwriter and Vietnam veteran James Carabatsos to incorporate the impromptu call in his script for Heartbreak Ridge.

Now you know. And knowing is half the battle.