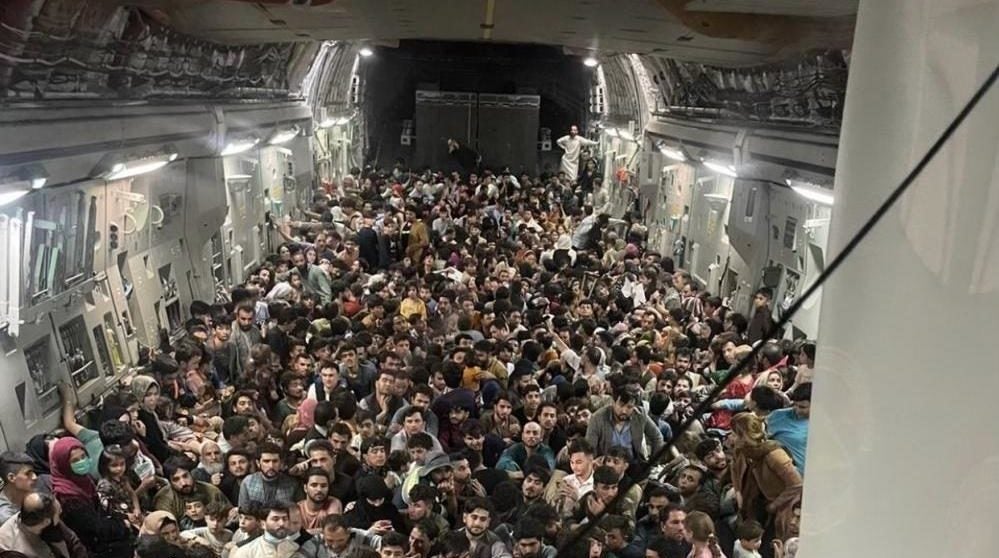 In an August 19th news conference to address the events unfolding in the wake of U.S. troops’ withdrawal from Afghanistan, Pentagon Press Secretary John Kirby and U.S. Army Major General Hank Taylor referred on multiple occasions to the ongoing U.S. military operations in theatre as a “non-combatant evacuation operation.” This might sound like a bit of bureaucratic Pentagon-speak, or simply government jargon, but the term actually refers to an established military doctrine, and a systematic government (usually military) operation to evacuate Americans.

Related: Up to 8,000 US troops back to Kabul as Taliban closes in

Typically shortened to NEO within the U.S. military, non-combatant evacuation operations are emergency military actions executed specifically outside of the continental United States (OCONUS), when crisis conditions in a particular country threaten American personnel located there. Those conditions thus necessitate that the American government mandates — or authorizes — the immediate evacuation of civilian and/or non-essential official U.S. government personnel from that country. In other words, it is what is happening in Afghanistan right now, as the U.S. military tries to get all Americans (and many Afghan non-combatants) out of Afghanistan.

In a situation requiring a NEO, the U.S. government recognizes that conditions present an unacceptable threat to Americans in a particular country, and the U.S. government tells those Americans (via the State Department) that they must leave, or should leave (a voluntary evacuation) immediately. After announcing this order, the U.S. military in whichever theatre of operations the country is located, tasks appropriate units to execute the NEO.

Related: Exclusive: Spec Ops Vets on why we must save Afghan Interpreters

An example of a “typical” NEO (in reality, they are hardly typical, or common) — apart from the current situation in Afghanistan — would be political instability and a resulting crisis in a country in Africa. I am using this example because I was a member, for a time, of a designated NEO force for Africa while I was stationed in Europe shortly after 9/11. This was before the establishment of Africa Command, so European Command (USEUCOM) was tasked with executing any NEO that might occur in Africa. Our designated force consisted of a deployed Navy SEAL Platoon (my platoon), a deployed Marine Corps Fleet Anti-terrorism Security Team (FAST) company, various air and navy assets, as required, and then contingency military forces based in EUCOM, as events might necessitate.

If Morocco, for example, politically imploded back in 2001, and all of the thousands of Americans located there — civilian, military, and official — were ordered to depart, some would make it out on commercial flights, some would no doubt choose to hunker down (whether the evacuation was voluntary or not), and the rest would likely attempt to find refuge at the U.S. Embassy or some other location deemed secure (an American consulate, for example, or a friendly, third-country embassy). The U.S. military (EUCOM) would then coordinate with U.S. Embassy personnel in Rabat, Morocco, to effect the evacuation via military assets of those remaining personnel.

My SEAL platoon and the FAST company would have arrived at the embassy, secured it, and held it until all Americans were evacuated. U.S. military aircraft, ground convoys, naval assets, and/or any other useful mobility platform would have been utilized for the evacuation.

NEO is an inherently fast-changing and flexibility-demanding operation, and we trained for it extensively while stationed in Europe. We were on standby for quick response, as a NEO always demands rapid execution to have the greatest chance of success. Once completed, and all Americans are accounted for, senior American military and political leaders would then have decided if the NEO force would remain to hold the embassy/U.S. government facility, or exfiltrate the country and effectively terminate America’s official presence there.

We are still in the execution phase of the current Afghanistan NEO, as the U.S. military works to evacuate Americans and designated Afghans from the country. As is every NEO — by definition — the current operation in Kabul is fluid, challenging, and likely prone to escalate in risk at a moment’s notice. The American forces deployed as the NEO force there face a challenging task and no one should doubt that they will execute it to the best of their ability, in a manner they have likely trained for prior to this deployment. We should all wish them Godspeed in completing their mission.