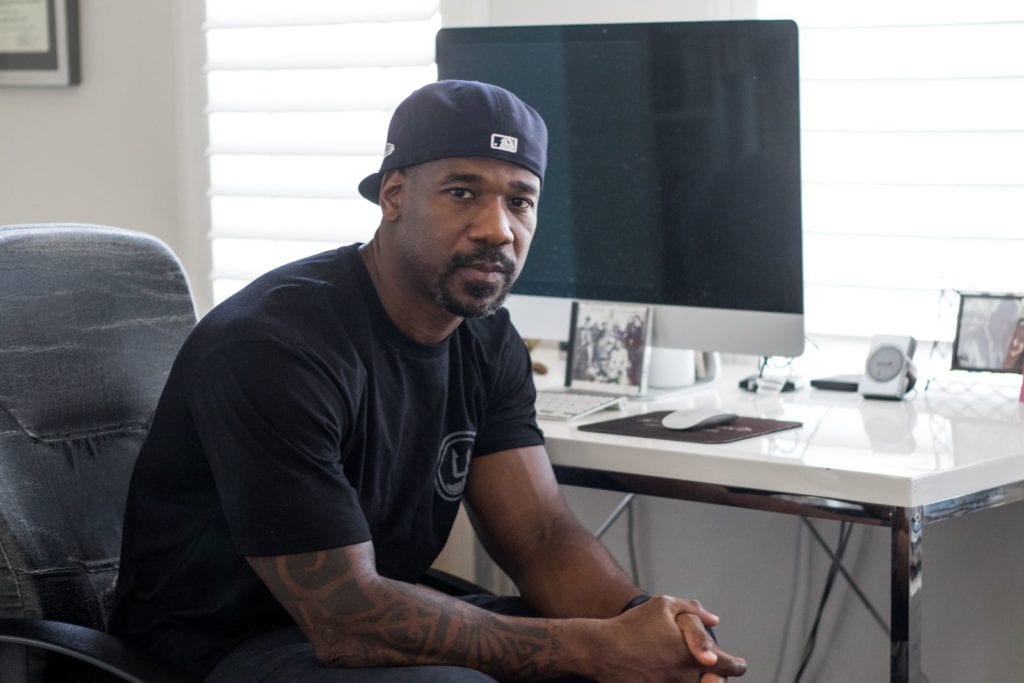 “It’s really hard for me to quit anything … I expect to have bad days. I expect to make mistakes and have setbacks. It’s just second nature for me to keep moving.”

Writer, producer and former Navy SEAL Remi Adeleke doesn’t fit into molds. His life has been filled with a gamut of opportunities for which he didn’t qualify. But with help from a recruiter and the voice of his mom in his mind reminding him of excellence, he proved that he would overcome the bad choices he’d made as an at-risk youth to master his future.

Now, he’s passionate about motivating young people of the same background to know what they can accomplish beyond the limitations society has put on them based on their race or what area they’re from.

Adeleke didn’t grow up with hopes of becoming a Navy SEAL. He’d never seen one in person or thought about becoming a member of the highly-trained elite team of special operations forces. They were just the intriguing cool guys in the movies.

His father died when he was a young boy, and his mom was left alone to care for him and his brother Bayo. So, she moved her family from Africa to the Bronx in New York City. Unfortunately, inner-city communities like the Bronx are plagued with crime, high unemployment, inadequate educational opportunities, and extreme poverty, and Adeleke became a product of his surroundings. He was selling drugs and getting into other illegal activities. By the time he tried to join the military, he had two warrants out for his arrest. But Adeleke had an unexpected supporter that changed his life. His recruiter, Tianna Reyes, was a fellow Bronx native who understood his environment and went to bat for him because she knew no one else would give him a chance.

Adeleke’s first time learning about special operations forces was in boot camp, and he was hooked.

But once again, he didn’t fit the bill.

“I was totally unqualified to go to BUD/S (basic underwater demolition SEAL training) because I didn’t have the academic scores. My ASVAB scores weren’t high enough. I couldn’t swim. I couldn’t run. I was super skinny, and I was not in shape for the program,” Adeleke explained.

But during his first command at Camp Pendleton, he took matters into his own hands.

He also purchased the book “ASVAB for Dummies” and eventually retook the test.

Adeleke then went even further and asked his leading petty officer to give him a split shift schedule so he could train harder. He qualified for SEAL training within six months, but this still didn’t seal the deal for him. After a year of being in SEAL training, he had failed his aquatic test so many times that he was kicked out.

“I failed a dive test four times and ultimately got kicked out of school,” he added.

Still, he refused to quit after being sent back to the fleet. Adeleke trained for a-year-and-half with the Marines and went back to SEAL training and became a SEAL.

In his book “Transformed,” he documents his life, the challenges he’s faced, and the lessons he’s learned. His driving force now is giving back to communities like the one he grew up in. Acting in a major film — “Transformers: The Last Knight” — and now working as a screenwriter and director aren’t enough if he can’t share the lessons. He attributes this to one thing — his faith.

“This is not about me. It’s about people. How can I serve people? How can I bless people?” he said.

Adeleke emphasizes a desire to expose Black youths to the Navy SEALs, as he was the only Black graduate in his class of SEALs. Since 2012, the U.S. Navy has stated it is actively looking for minority SEALs, yet less than 1% of them are Black. Adeleke says part of the blame goes to Hollywood for the lack of positive Black images they put in the world.

The idea that white people can do anything is normalized and reinforced by Hollywood, while Black children rarely see themselves in strong, affluent roles.

Exposure to proper education is another mission. Not only are the kids not exposed to SEALs, but urban schools also lack essential tools required to join, like access to pools to learn to swim.

“You don’t see educators allowing top tier military professionals such as special operators, pilots, or doctors into their inner-city schools to say you can do this too,” he explained.

To add to the lack of representation, Adeleke has received layers of pushback from inner-city schools and prisons when his team asks if he can speak to the inmates or students.

“The schools that give me the hardest time to get into [to speak] are inner-city, predominantly African American schools,” he said.

His frustration is palpable. The root of the problem is that predominantly white schools are financially backed with an outpouring of community support to expand and better their students’ opportunities. In contrast, minority community schools, which mostly receive funding from property taxes, still fall victim to the American system’s discrimination.

And when asking the reason, he is told it’s the city officials and their rules. But Adeleke has a knack for breaking down barriers.

“Overcoming adversity has become second nature to me,” he said. “I kind of learned that through osmosis by living with my mother.”

During 2020, as big brands claimed they would actively diversify and seek out Black creators, one major studio stuck to their word and sought Adeleke out to produce a show.

“In the Hollywood side, I have seen some things change,” he said.

As his weight in Hollywood grows, Adeleke hopes to help give minority youth more exposure and experiences through the imprint of his future television and film work.

To purchase a copy of “Transformed: A Navy SEAL’s Unlikely Journey from the Throne of Africa, to the Streets of the Bronx, to Defying All Odds,” visit any major book retailer including Amazon and Barnes & Noble.