Into the eye of the storm with the Hurricane Hunters 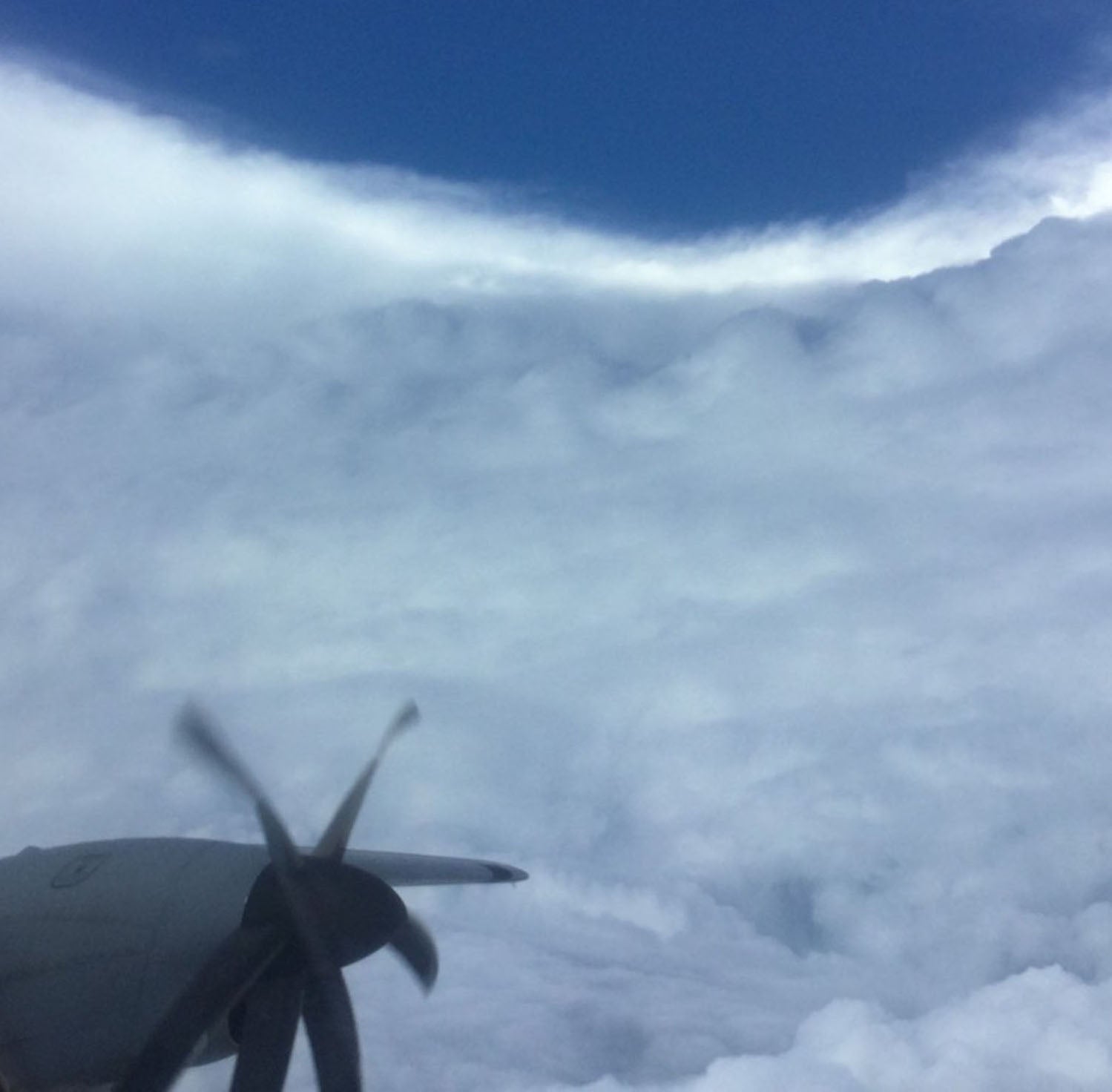 A 53rd Weather Reconnaissance Squadron aircrew, based out of Keesler Air Force Base, Mississippi, flew through the eye of Hurricane Lane this week. The Air Force Reserve Hurricane Hunters began flying into Hurricane Lane out of the Kalaeloa Airport Monday to collect weather data for the Central Pacific Hurricane Center to assist with their forecasts. Crews left Aug. 22, 2018, to move out of the path of the storm.

Hurricane season has officially begun, and if 2020 was any indication of what is to come, the members of the Air Force’s 53rd Weather Reconnaissance Squadron — known as the Hurricane Hunters — will be busy.

Based at Keesler Air Force Base in Biloxi, Mississippi, the squadron collects data about potentially dangerous weather systems from the Atlantic to the Pacific and the Gulf of Mexico to the Caribbean by flying into the literal eye of the storm.

“There’s no substitute for going directly into the storm system,” Capt. Ryan Smithies, a pilot with the 53rd, said. When NOAA’s National Hurricane Center in Miami needs more information about a tropical storm or hurricane, it calls the squadron. They stand by ready to take the call.

While the weather industry includes numerous methods of collecting data, Smithies said many critical measurements are only attainable by taking one of the squadron’s WC-130J Super Hercules planes directly into the weather system.

Once the squadron relays the data, NOAA then issues forecasts and any necessary warnings.

Smithies says there’s an immediacy to the tasks and end result of the Hurricane Hunters’ daily efforts. “When we land, we can see the work that we’ve done being played out in real time” in forecasts and potentially life-saving decisions, he says.

“Our mission is something that can hit home, so that’s always one of the concerns,” Lt. Col. Mark Withee, a navigator in the 53rd and Chief of Plans for the 403rd Wing, said.

If severe weather threatens the Biloxi area and aircraft evacuations are necessary — all while the squadron continues to fly into the very weather that looms — Withee said the 53rd does all it can to have one plane ready to fly the crews back to take care of their families.

“No matter where a storm goes, it seems like there’s usually someone that has some family member that is impacted like that. It’s really something where we can see the impact both for the country as a whole but then in many cases, we have specific close family ties.”

Weather trends and the Hurricane Hunters

According to Smithies, 2020 was the third busiest season in terms of flight hours flown on mission-related flights into tropical systems.

“We evacuated the airplanes four times from Keesler, and I don’t think anybody’s been able to find a year where we did that or more,” he said.

Dr. David Nolan, chair of the Department of Atmospheric Sciences at the University of Miami, says there has indeed been an uptick in the type of weather events the 53rd encounters, which helps to explain its recent demanding schedule.

“It’s pretty clear that the number of tropical storms and hurricanes in the Atlantic has increased in the last 30 years,” he said, adding the National Hurricane Center just updated the official yearly average (which is tallied every several decades) from 11 to 12.

It’s not that simple

Although there’s an upward trend, Nolan said the increase likely isn’t related to global warming but instead to other factors in the Atlantic.

“There’s an idea that in the future, there will be more hurricanes because of global warming and that is just not correct,” he explains. “It’s not that simple.”

What is evident, he said, is that as the planet grows warmer, hurricanes are stronger and wetter and potentially more dangerous.

“As for the strength of the hurricanes, it is consistent with the science of global warming and what’s been going on this idea that hurricanes will get stronger,” said Nolan. “When the atmosphere is warmer, it holds more water, so the storm systems carry more water, and they can produce more rain.”

So, what does it mean for the Hurricane Hunters if the pace and intensity of storms continue to ramp up?

There’s no doubt that the 53rd can field any challenges that come its way, said Smithies.

“We’re going to fly what we’re tasked to fly with the resources we have available regardless of whether that means a single flight in a slow season or multiple storm systems operating at the same time.”

After all, as the pilot says, “that’s why we’re here.”