J.R.R. Tolkien started building his 'Lord of the Rings' universe as a soldier in WWI - We Are The Mighty

J.R.R. Tolkien started building his ‘Lord of the Rings’ universe as a soldier in WWI 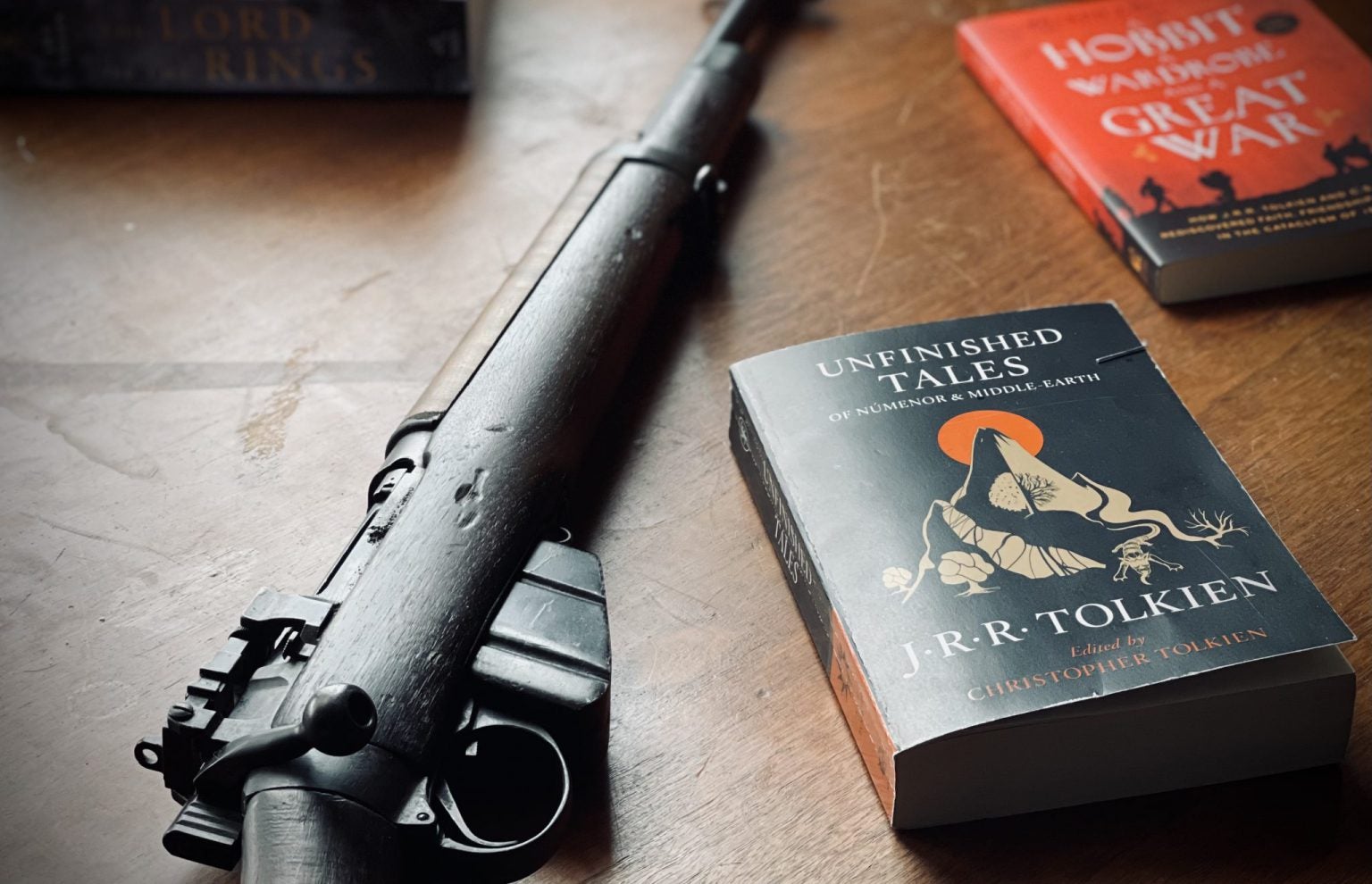 For five months in 1916, German artillery shells rained down on British trenches, contributing to the more than 1 million casualties incurred at the Somme. Futile attempts to seize ground were traded back and forth until England finally claimed one of the deadliest battles in history — a Pyrrhic victory. During the battle, a young J.R.R. Tolkien penned the foundation for Middle-earth.

“You might scribble something on the back of an envelope and shove it in your back pocket,” Tolkien wrote 50 years after the battle.

In the introduction for Unfinished Tales, his son Christopher Tolkien said one of those first scribbles was on Tolkien’s official orders while serving as a lieutenant in the 11th Battalion of the Lancashire Fusiliers. These small notes were the beginning of “The Fall of Gondolin”: Tolkien’s first story of Middle-earth.

Tolkien turned those early scribbles into a full story once he was evacuated from the front lines due to trench fever. Anything beyond scribbles was all but impossible while living in the trenches. Dispelling the common misconception that he wrote The Lord of the Rings while fighting, Tolkien once said the claims are “all spoof.” But the notes and scribbles he wrote on the backs of his orders marked the first descriptions of gnomes (later dwarves), elves, and epic battles between good and evil: essential elements to the rest of his work.

Just like the myth of his writing The Lord of the Rings while in the trenches, Tolkien fervently denied the suggestion that his time under fire inspired him to create Middle-earth as an allegory for World War II.

“I cordially dislike allegory in all its manifestations, and always have done so since I grew old and wary enough to detect its presence. […] An author cannot of course remain wholly unaffected by his experience, but the ways in which a story-germ uses the soil of experience are extremely complex,” Tolkien wrote in the foreword to the second edition of The Lord of the Rings.

His experiences in World War I provided the seed for most of his work. In “The Fall of Gondolin,” the heroic unit of the House of the Hammer of Wrath is completely annihilated, a fate shared by Tolkien’s own company, the 11th Lancashire Fusiliers, who were destroyed at the Somme after his evacuation to Birmingham.

While Tolkien typically shied away from pointing out direct connections between his work and the war, he admitted in a letter that “The Dead Marshes and the approaches to the Morannon owe something to northern France after the Battle of the Somme.”

The Fellowship of the Rings, the first volume of The Lord of the Rings, was published July 29, 1954. The Two Towers followed on Nov. 11, 1954, and The Return of the King on Oct. 20, 1955. Since its release, Tolkien’s definitive trilogy has sold over 150 million copies, but the sapling of his “vast tree of tales” sprouted in the trenches of World War I over 100 years ago, scribbled on the back of his orders.