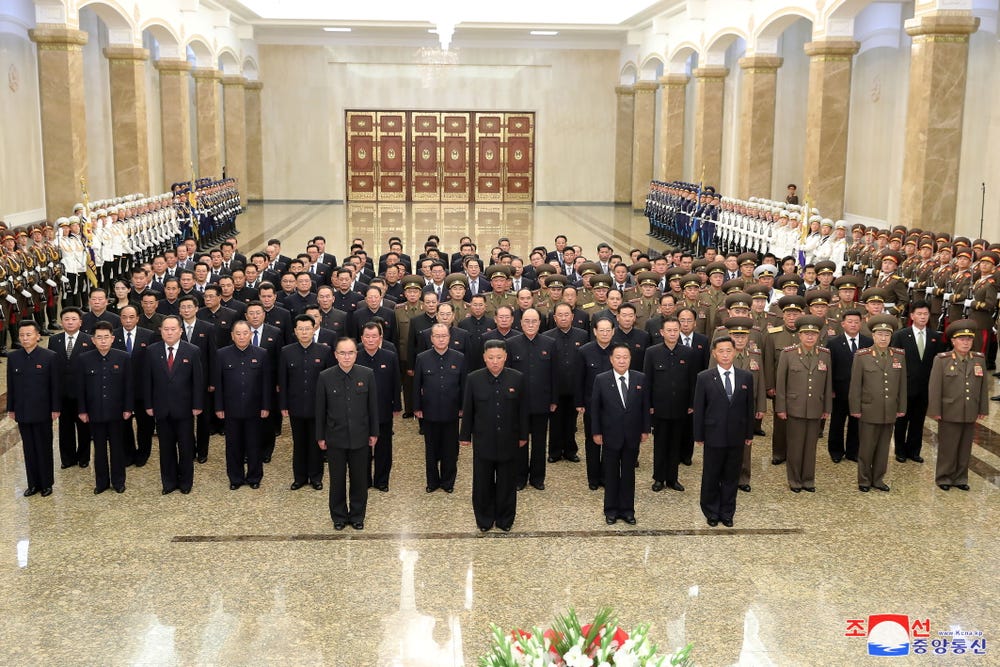 North Korean leader Kim Jong Un appears to have dramatically reshuffled his senior leadership after expressing frustration with the negligence and irresponsible actions of some senior officials, offenses that have purportedly resulted in a “great crisis.”

Kim recently took a photo with top officials that confirmed suspicions a shake-up had taken place at the highest levels.

In the photo, Ri Pyong Chol, a top military official who held the rank of marshal and oversaw aspects of North Korea’s nuclear weapons program, is seen standing not in the front row but a few rows back and was dressed in civilian clothing, according to NK News.

It appears that Ri is no longer a member of the Politburo Presidium.

Pak Jong Chon, another top military official, seems to have been demoted from marshal to vice marshal, and another officer, Kim Jong Gwan, looked to have lost his vice marshal status.

Photos also suggest that Choe Sang Gon, a science and education official, has lost his standing within the politburo, Reuters reported, noting that two other officials appear to have been promoted.

The apparent reshuffling of senior leadership follows a meeting in late June in which Kim chastised top officials for unspecified failings apparently linked to the COVID-19 situation.

He said their “lack of ability and irresponsibility” created “a great crisis in ensuring the security of the state and safety of the people.”

What that crisis may be is unclear, but there are indications that North Korea is facing a food shortage, economic challenges, and possibly COVID-19 outbreaks domestically.

The Rodong Sinmun, the newspaper of the ruling worker’s party, wrote recently that while some mistakes are forgivable, “causing critical harm to our party, country and people due to irresponsibility and negligence of duty is never acceptable,” The Daily Beast reported.

North Korea has always been very hard to read, and expert opinions on the subject tend to vary from person to person.

Bruce Bechtol, a former Pentagon intelligence analyst and an expert on North Korea, told The Daily Beast recent developments indicate “the country is in big trouble right now,” with other experts suggesting that more purges may follow.

“Kim Jong Un is rewriting the internal dynamics of the regime,” Ken Gause, an expert at a think tank, told The Wall Street Journal as others suggested that maybe Kim was blaming senior officials for not doing their jobs as desired.

Some experts said Kim may be projecting his own leadership failings onto other officials.

Michael Madden, a 38 North expert, recently cautioned against jumping to conclusions in discussions with Reuters, saying that “demotions are very common things in North Korea politics.”

Madden further explained that “we need to keep in mind that things that look like demotions to us can in fact be something else.”