Lawrence Brooks, the oldest US WWII veteran, passes away at 112 - We Are The Mighty

Lawrence Brooks, the oldest US WWII veteran, passes away at 112 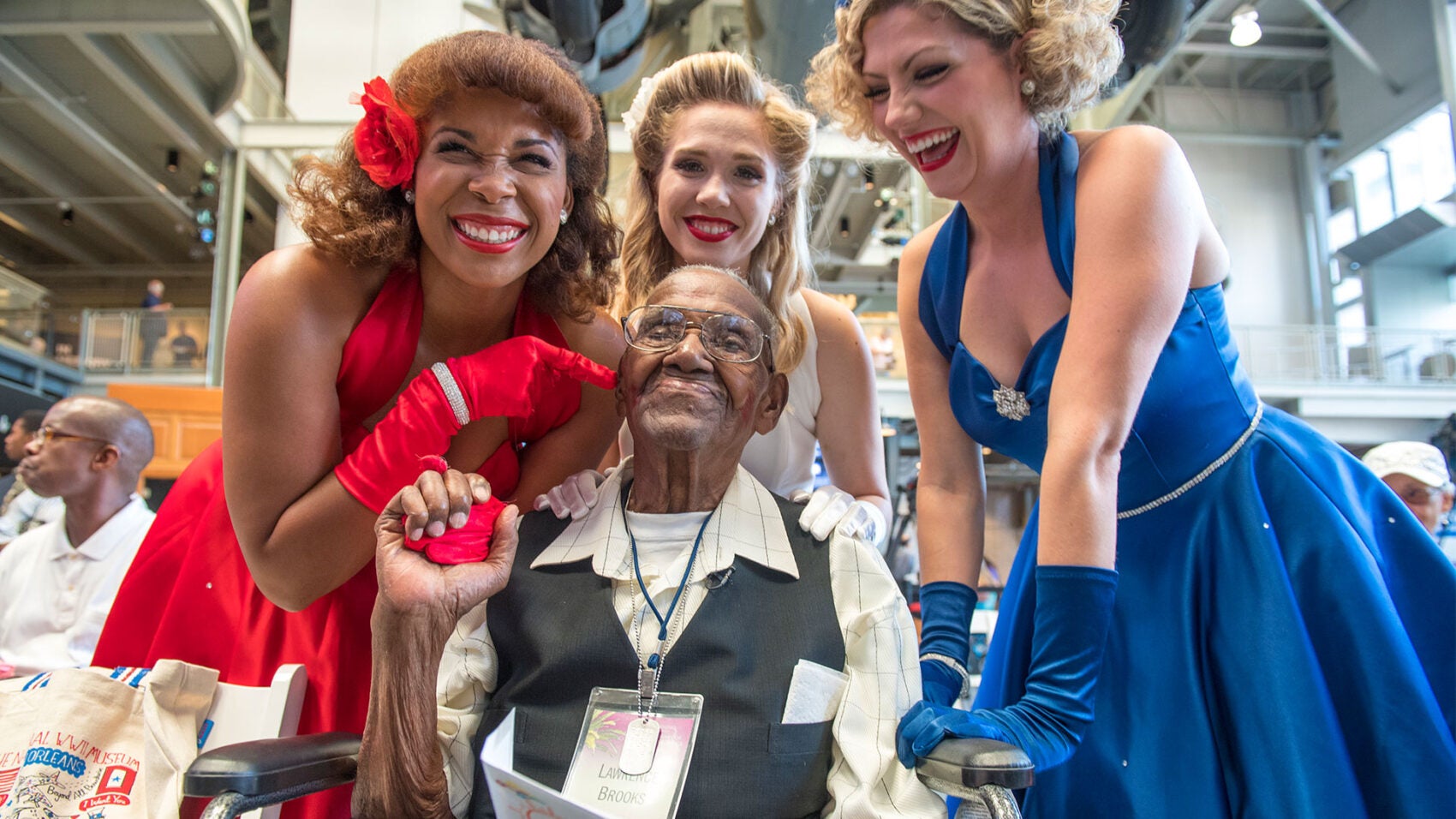 Lawrence Brooks, the oldest known US WWII veteran, passed away at the age of 112 on Wednesday morning, January 5, 2021. His daughter and caregiver, Vanessa Brooks, confirmed her father’s passing to Military Times. She also noted that he had been back and forth to the New Orleans VA hospital in recent months, but was still able to celebrate and enjoy the holiday season.

Born on September 12, 1909, Brooks was one of 15 children. He was raised in Norwood, Louisiana, a small village 40 miles north of Baton Rouge. At the age of 31, Brooks was drafted into the Army and served in the predominantly African American 91st Engineer Battalion. During his service, Brooks was stationed in Australia, New Guinea, and the Philippines. Because of his race, Brooks was classified as service personnel. His duties consisted primarily of cooking and cleaning for three of the battalion’s white officers.

Despite his fairly safe assignment, Brooks had close calls during the war. On a flight between Australia and New Guinea, an engine failed on Brooks’ plane. Soldiers had to throw out cargo to keep the aircraft in the air. When another soldier asked Brooks why he was standing near the cockpit, Brooks replied that the pilots were the only ones with parachutes and that if he saw them running by he would hang on as they went out the door. On another occasion, Brooks’ unit came under Japanese sniper fire that killed another soldier near him.

Brooks recalled the disparity between the way he was treated overseas and the way he was treated in the United States. “I was treated so much better in Australia than I was by my own white people,” he once said in an interview. “I wondered about that.” Still, throughout his life, he remained proud of his military service. “I had some good times, and I had some bad times,” he recalled. “My mother and father always raised me to love people and I don’t care what kind of people they are.”

Brooks ended the war at the rank of Private 1st Class. He returned to Louisiana and worked as a forklift operator for 40 years before retiring in his 70s. His wife, Leona, passed away in November 2008. Brooks is survived by five children, 13 grandchildren, and 32 great-grandchildren.

In 2014, Brooks turned 105. To celebrate, the National WWII Museum in New Orleans hosted Brooks’ birthday party, a tradition that continued until his death. Even during the COVID-19 pandemic, the museum put together a socially-distanced celebration for Brooks’ 111th and 112th birthdays. In addition to his status as the oldest WWII veteran, Brooks is remembered for his kindness. He even attributed his longevity to it. “Be nice to people,” he used to say.

Brooks’ passing highlights the dwindling numbers of the Greatest Generation. 16 million US veterans served during WWII. Today, the US Department of Veterans Affairs estimates that approximately 240,000 are still alive.