NASA wants veteran military officers for a yearlong, simulated Mars mission - We Are The Mighty 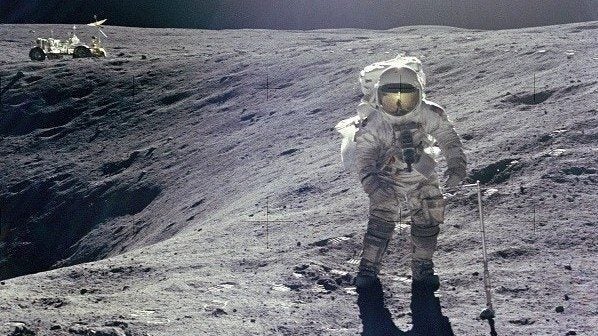 In 1969, Americans became the first to go to the Moon. In the 21st century, America is determined to return to the Moon and go on to Mars. In preparation for Mars missions, NASA needs to replicate living on the red planet and study “how highly motivated individuals respond under the rigor of a long-duration, ground-based simulation.” Who better to take on such a challenge than military veterans? After all, over half of the Artemis team, NASA’s program to return to the moon, are veterans.

NASA is seeking applicants to serve as crew members in a one-year long analog mission. Volunteers will live in a habitat simulating life on Mars. The mission series, known as Crew Health and Performance Exploration Analog, includes three separate simulations at NASA’s Johnson Space Center. According to NASA, CHAPEA will “support research to develop methods and technologies to prevent and resolve potential problems on future human spaceflight missions to the Moon and Mars.”

Crew selection follows the standard NASA criteria for astronaut applicants. Participants must be U.S. citizens or permanent residents, non-smokers, 30 to 55 years old, and proficient in English in order to effectively communicate with their fellow crew members and mission control. NASA requires a master’s degree in a STEM field with at least two years of professional STEM experience or a minimum of 1,000 flight hours. However, applicants who have completed two years of work toward a doctoral STEM program, completed a medical degree, or a test pilot program will also be considered. Finally, applicants with four years of professional experience who have completed military officer training or possess a STEM Bachelor of Science also meet the application requirements.

The rest of the application process includes medical evaluations, psychological testing and a psychiatric screening to ensure that applicants can meet the physical and mental demands of long-term isolation. NASA notes that special dietary requirements like allergies and intolerances are disqualifying factors since they cannot be accommodated for on long-term missions. Specific medications like blood thinners and daily insulin will also disqualify candidates. Finally, applicants must not be prone to motion sickness while using virtual reality equipment.

If selected, participants will live and work with three other crew members in the Mars Dune Alpha, a 1,700-square-foot model 3-D printed by ICON for NASA. Their habitat will test crew members by simulating the challenges associated with a Mars mission. This includes, but is not limited to, limited resources, equipment failure, communications delays, and environmental stressors. During their yearlong simulation, crew members will simulate spacewalks, conduct scientific research, exchange communications, and employ virtual reality and robotic controls. The results of the simulation will provide NASA with valuable scientific data to validate systems for future missions and develop solutions to problems that they encounter.

Interested parties can apply to CHAPEA on NASA’s website. The selection process may take up to 13 months with the simulation scheduled to begin in Fall 2022.