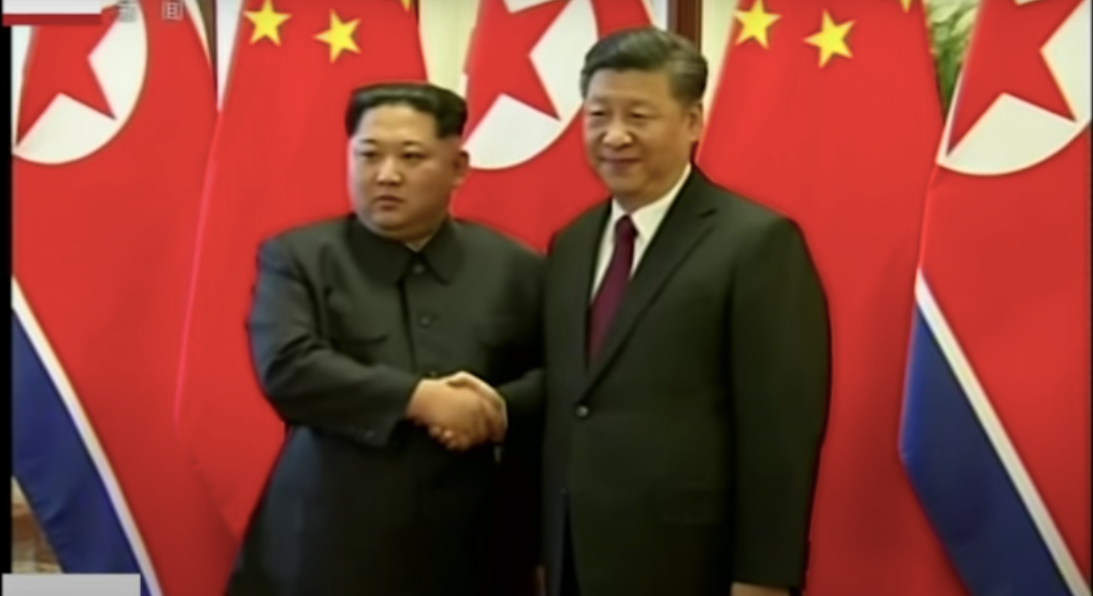 The year 2020 was a good year for almost no one, especially anyone in North Korea. Despite overtures from the administration of U.S. President Donald Trump, reconciliation between North and South Korea never materialized. Rapprochement with the U.S. never fully took hold, either.

Then the global COVID-19 pandemic hit. North Korea needed help, and for a country like the Democratic People’s Republic of Korea, there’s only one game in town: China.

According to the Korean Central News Agency, the DPRK’s state-run and only media outlet, North Korean Leader Kim Jong Un marked the 60th Anniversary of its mutual defense treaty with a warm message.

He told Chinese Leader Xi Jinping that his government is taking a “fixed stand” to “ceaselessly develop the friendly and cooperative relations” between his government and that of China, according to KCNA.

The Chinese president responded like anyone who’s dealing with a stage-5 clinger, acknowledging that his country and North Korea have “always supported each other,” according to Chinese state-run media agency Xinhua.

“The world has recently seen accelerating changes unprecedented over the past century… I wish to lead bilateral relations to unceasingly rise to new levels to the benefit of the two countries and their peoples.”

Translation: “We have always supported North Korea for whatever reason and we like their money, so we’ll keep on until they collapse under their own weight.”

For North Korea, its relationship with China is essentially a lifeline in times of crisis. Despite claims of self-sufficiency, the DPRK relies heavily on Chinese aid and support. North Korea has been hit particularly hard in recent years by crippling U.S. sanctions.

Although the country has released no information on how hard it was hit by the coronavirus, experts believe the pandemic only exacerbated the desperation inside the world’s last Stalinist communist state.

Relations between the two communist countries date back to the 1930s and the mutual war against Japanese occupation. After World War II, the North was bisected from the South by the Soviet Union. When the People’s Republic of China was finally established in 1949, the two officially established diplomatic relations.

Western Allies occupied South Korea. During the Korean War, Chinese soldiers intervened on the side of North Korea in order to maintain the North’s presence as a buffer against western aggression on its Yalu River border. Keeping western troops from having a foothold on its doorstep is China’s primary national security concern with North Korea.

Although the United States maintains a deterrent presence in South Korea, especially along the demilitarized border with North Korea, China does not deploy troops to North Korea.

In 1961, the two countries signed the Treaty of Friendship, Cooperation and Mutual Assistance, promising to again go to war together in case either one was attacked from the outside. North Korea was not always the worldwide pariah state it is today. Under the protection and aid of the Soviet Union, the North flourished. When the USSR collapsed in the early 1990s, North Korea’s decline began in full.

The North has suffered from food shortages, widespread famine and crippling sanctions since 1994. With the rise of its nuclear weapons program, those sanctions have only increased and its reliance on China has become more important than ever.