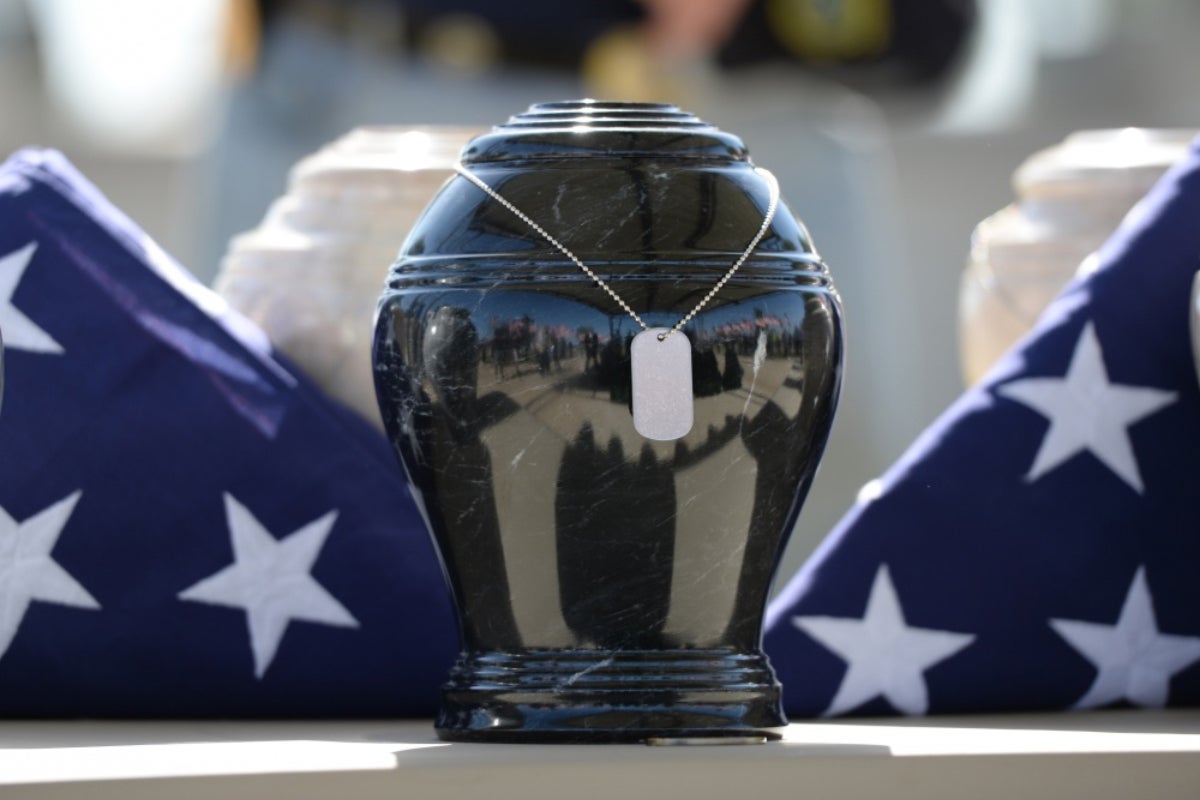 Nine unclaimed veterans and two spouses will be laid to rest Friday in Iowa, thanks to the tireless efforts of a woman who treats every urn as if it contains the remains of her own family.

Funeral director Lanae Strovers has been working on the upcoming ceremony for more than two years, but her passion and reputation for honoring veterans goes back much further in her career at Hamilton’s Funeral Home.

Having been put on bed rest for three months because of surgery, Strovers was looking for a way to keep busy when she discovered Hamilton’s had about 300 urns sitting in storage. She made it her mission to follow up with families to see whether they could claim the urns or still needed them stored.

After the arduous process of tracking down relatives or guardians for all the urns, Strover said the funeral home ended up with the remains of three unclaimed veterans and organized a service for them.

“Since then, people are aware that Hamilton’s makes sure veterans get buried whether they have family or not,” Strovers said. “Local law enforcement has turned in urns, and storage unit owners have turned some in to us, which is an amazing thing because they know that we will hold the ceremony when it’s necessary.”

Strovers was adopted as a child and only recently learned anything about her biological family. Her background made her look at unclaimed remains differently.

“I felt that every person was a possible brother, dad, grandfather, uncle, or family member to me,” she said. “It’s not just a box with cremated remains in it. It’s someone’s family member. For whatever reason, they got separated — that’s not our place to judge those stories at all, but to be respectful that it’s someone’s loved one.”

One of the veterans to be honored Friday is Robert Glen Baumgardner, who served in the Army during the Korean War. He died in 2000. Burglars stole his urn from his sister’s house in 2020 after she died. Police later discovered it in the middle of an intersection and took it to the funeral home.

World War II Army veteran Calvin Dean Sours died in May 2012 at age 93. His urn was later found in the office of an administrator who had failed to bury him.

Knowing that a person’s remains could be forgotten on a shelf doesn’t sit right with Strovers. While the ultimate goal is reuniting remains with the person’s family, giving the person a proper send-off is the next best option.

Friday’s ceremony – the third Strovers has organized – will begin with a 12:30 p.m. service at Hamilton’s in West Des Moines, Iowa. Law enforcement personnel, Patriot Guard Riders, and Iowa combat veterans will lead a procession to the Iowa Veterans Cemetery, where Iowa-based country singer Cody Hicks will perform the national anthem. Military honors will be rendered, and local representatives and notable community members will receive the flags on behalf of each veteran.

Rich Shipley, assistant state captain of the Iowa Patriot Guard Riders and a Marine Corps veteran, said the riders would be there to ensure the veterans would be “laid to rest with as many brothers present as possible.”

“Our nation’s heroes should never be unclaimed, discarded, or interred with no family present,” Shipley wrote in an email to Coffee or Die Magazine.

“It’s really a great community event where tons of people come together to honor these veterans,” Strovers said. She strongly encourages the public to attend, especially families with children.