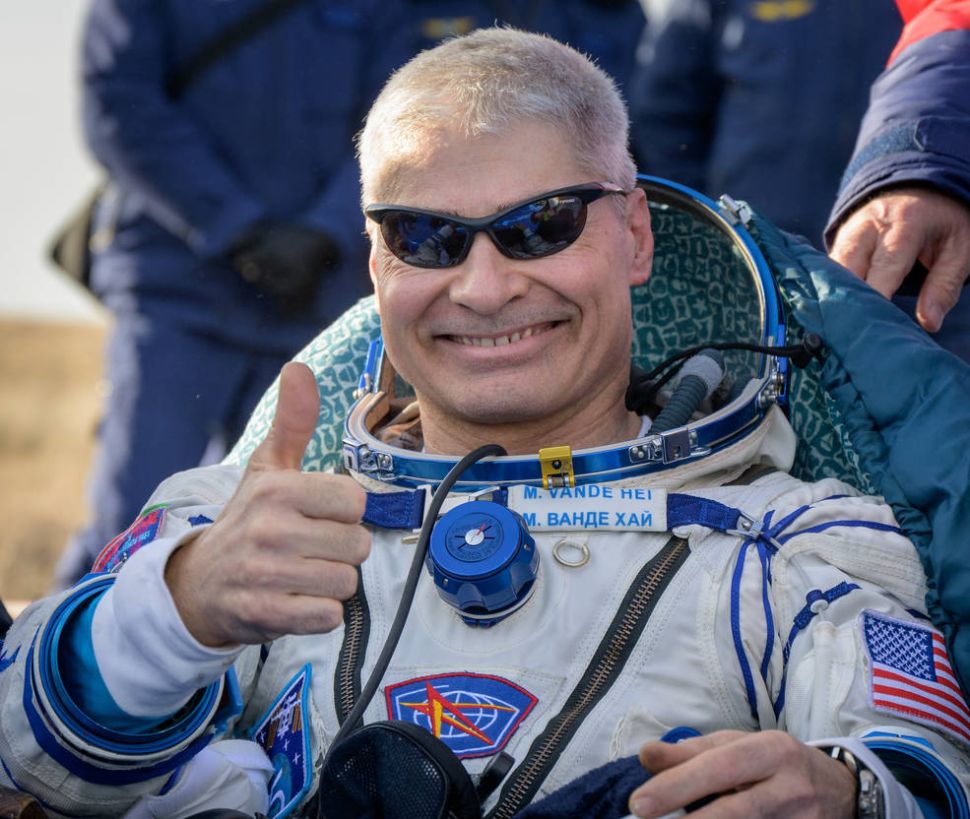 The US Army-Navy rivalry is nearly as old as the services themselves. Expanding from the football field and joint operations, the battle for superiority between the two has now reached space. Until recently, retired Navy Captain Scott Kelly held the American record for the longest single spaceflight at 340 days. However, retired Army Colonel Mark Vande Hei returned to Earth on March 30, 2022 after a 355-day mission to the International Space Station.

On April 5, Vande Hei made his first public comments about his record-breaking mission at the Johnson Space Center in Houston. “I’m very happy to be back,” he told reporters after being asked if he wished he’d stayed in space just 10 more days to make his flight one full year. “If it ended up being 300 days, I still would have felt really good about the mission. It’s just the opportunity to work with a really good sense of purpose in a job where we get to help out all of humanity. The number of days was not that important to me.”

On April 9, 2021, Vande Hei launched into space with Russian cosmonauts Oleg Novitskiy and Pyotr Dubrov for ISS Expedition 64/65. On September 14, the six-month mission was extended a further six months allowing Vande Hei to break Kelly’s record. This was his second spaceflight. Vande Hei’s first mission to the ISS in 2018 spanned 168 days.

With the ongoing war between Russia and Ukraine and the international sanctions levied against Russia, the future of joint US-Russian missions to the ISS has been called into question. However, Vande Hei noted that he was never worried about his safety aboard the station or his return to Earth aboard the Russian Soyuz MS-19. “I never perceive those tweets as anything to take seriously,” he said referring to tweets by Director General of Roscosmos Dmitry Rogozin suggesting Russia’s abandonment of international space cooperation. “I just had too much confidence in our cooperation to date to take those tweets as anything but something that was meant for a different audience than myself.” Kelly was notably blocked on Twitter by Rogozin after the two engaged in a public argument following the Russian’s controversial tweets.

The ISS also made news headlines when Russian cosmonauts arrived aboard on March 19 wearing yellow and blue suits, the same colors of the Ukrainian flag. However, the perceived support for Ukraine turned out to be a misunderstanding. In reality, all three cosmonauts attended the same university whose school colors are yellow and blue. Vande Hei speculated that the cosmonauts “had no idea that people would perceive that as having to do with Ukraine…I think they were kind of blindsided by it.”

Vande Hei expressed his continued friendship with the Russian cosmonauts and praised their professionalism. This sentiment was echoed by cosmonaut Anton Shkaplerov who noted during a change-of-command ceremony that although “people have problems on Earth…on orbit we are one crew.” In English, he called the ISS “a symbol of friendship and cooperation and like a symbol of the future of exploration in space.”