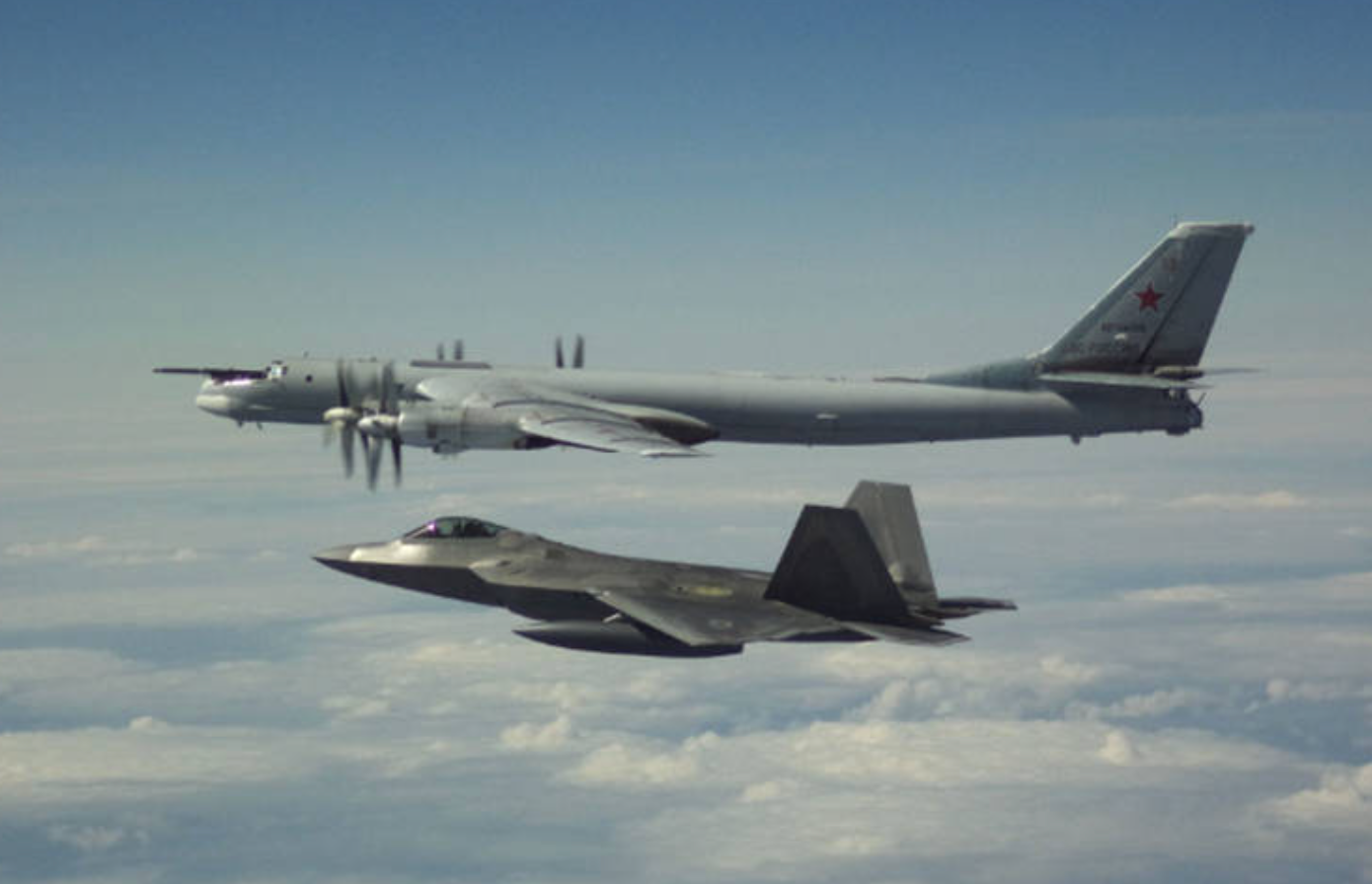 Just hours before Russian President Vladimir Putin met with U.S. President Joe Biden for the first time since Biden won the Oval Office in 2020, Russian ships conducted the country’s largest military exercises since it was called the Soviet Union – off the coast of Hawaii.

The exercises were so large, it sent the U.S. Air Force scrambling to intercept fighters off the U.S. West Coast.

The Russian Navy was operating in the Pacific Ocean some 300-500 miles west of the Hawaiian Islands, in an exercise that included Tupolev long-range bombers, surface vessels and anti-submarine forces. If there were submarines in the area, their presence wasn’t apparent.

From Hawaii, the USAF scrambled F-22 Raptors from Joint Base Pearl Harbor-Hickam, though the Air Force says the long-range bombers did not enter the Air Defense Identification Zone and weren’t intercepted by the stealth fighters.

This all took place just before the two world leaders were scheduled to meet for the first time in Geneva, a dozen or so time zones away. Word of the exercises was released by the Russian Ministry of Defence.

Tensions between the Russian Federation and the United States have been high in recent days, mostly over the buildup of Russian forces along its border with Ukraine, where Russia has been fueling an extended insurgency in the Western area of the country.

In 2014, the Russia military suddenly seized and annexed the Crimean Peninsula from Ukraine, an action that caused its expulsion from the G-7 nations and force the United States to place economic sanctions on the country and some of its leadership

Most recently, President Biden was asked if he considered Vladimir Putin, the de facto ruler of Russia and a former KGB agent a “killer,” to which the President replied, “I do.”

“I believe he has, in the past, essentially acknowledged that he was — that there were certain things that he would do or did do,” Biden told a group of reporters on June 14, 2021. “But it’s not — I don’t think it matters a whole lot in terms of this next meeting we’re about to have.”

Biden attempted to send two U.S. warships to the Black Sea in a gesture of support for Ukraine, but called it off in April 2021. Instead, he put more economic sanctions on Russian officials, more than 36 in all. He also expelled 10 Russian diplomats from the United States.

Putin and Biden met for three hours on June 16, 2021, their first meeting as leaders of their respective countries. They agreed to restart nuclear arms reduction talks and exchange ambassadors once more, though no timeline was agreed to. Biden did warn Putin that there would be consequences for cyberattacks, human rights violations and election meddling, according to The Hill.

That same report noted that although the two leaders disagreed on many points, the tensions between the two sides never boiled over to outright aggression.

Putin is unlikely to concede anything to the United States. The Russian government is still expected to jail opponents and dissidents like Alexei Navalny. It will also likely continue its campaign of cyberattacks, political interference and the routine executions of former Soviet agents abroad.

Featured photo: An F-22 fighter intercepted a Russian “Bear” Tu-95 bomber off Alaska in 2019. Citing U.S. defense officials, CBS said the United States scrambled the F-22s from Hawaii on Sunday in response to Russian bomber flights, but the aircraft did not enter the Air Defense Identification Zone and were not intercepted. NORAD photo