Sinking ships? The Army requests $1 billion to do just that - We Are The Mighty

Sinking ships? The Army requests $1 billion to do just that 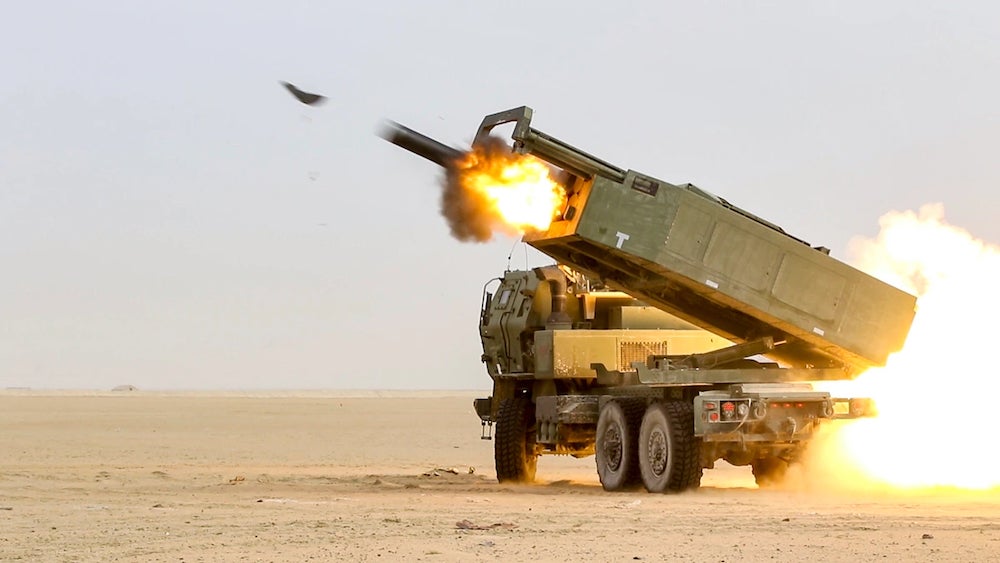 With the Department of Defense reorienting itself toward the Pacific, the Army is requesting to purchase more than triple the number of Precision Strike Missiles (PrSMs) in the fiscal year 2022 compared with 2021. The service is requesting 110 of the new long-range attack weapons. Seeking to solidify both a stronger operational capacity in the Pacific and to deter China, the Army hopes for more than $1 billion to fund 2022 research and development of long-range missiles, such as the PrSM, for targeting ships at sea.

According to the Army, the Precision Strike Missiles will not be fully operational until 2023. However, in May, the Army successfully hit a target with the missile at 400 kilometers, or roughly 250 miles. During this test, which produced the longest distance yet that the Army has fired the projectile, the missile was fired from a High Mobility Artillery Rocket System (HIMARS).

“PrSM accomplished all of the Army’s test objectives again today in its longest flight yet,” Gaylia Campbell, vice president of precision fires at Lockheed Martin Missiles and Fire Control, said in a press release.

Later this year, the Army plans to test the Precision Strike Missile out to distances of at least 1,000 kilometers, Defense News reported. To do so, the Army is requesting $5 million in the 2022 budget to develop this capability, describing it as one of its “critical technologies.” Additionally, the Army has made Precision Strike Missile development a priority program in order to replace the older Army Tactical Missile System and solidify the service’s role in the Pacific.

While working to extend the range of the Precision Strike Missile, the Army is also enhancing the missile’s guidance system and requested $188.5 million in 2022 funding to do so. Currently, the missile is guided by GPS, which has proven accurate in testing. However, Defense News reported that the Army would add “seekers” to the missiles as it refines the weapons platform. The added guidance will enable the missile to precisely engage smaller targets, such as ships.

“The early capability is against long-range artillery and integrated air defense systems,” Brig. Gen. John Rafferty, the Army’s Long Range Precision Fires cross-functional team director, told Defense News. “As you integrate the seeker technology, it gives you the ability to go after the mini-targets. Those mini-targets can be maritime in the Pacific; those mini-targets can be fire control radars [and airfields] in the European scenario.”

The focus on long-range strike capabilities, particularly against naval vessels, comes as the Office of Naval Intelligence estimates that the Chinese navy is on pace to have 400 ships by the end of the fiscal year 2025. In a May essay in War on the Rocks, Lt. Gen. Charles Flynn and Lt. Gen. Laura Potter wrote that an Army presence supporting naval operations through Long Range Precision Fires would be vital to deterring China and, if necessary, fighting a war.

“If naval and air forces are out of position, the Army can still access and employ its greater intelligence network with integrated protection and long-range fires to enable the military to deliver multi-domain effects,” the pair wrote. “Without landpower, the commander is reliant on the positioning of naval and air forces to deter and respond. With it, he can assure, deter, and respond at any time and in a manner of his choosing.”

The development of this anti-ship capability by the Army, the Marine Corps, and the Air Force indicates what Pentagon leadership envisions will happen in a future fight. Speaking before the Hudson Institute, Gen. John Hyten, 11th vice chairman of the Joint Chiefs of Staff, described how there would be no “lines” on a future battlefield. Each service, therefore, will have overlapping capabilities.

“In the future, those lines are eliminated, which means an army capability can have on its own platform, the ability to defend itself or the ability to strike deep into an adversary area of operations,” Hyten said. “We create such a huge advantage for the future joint combined force that it will create huge challenges for our competitors around the world.”