'Ten Weeks' Episode 8: Live Grenades - We Are The Mighty 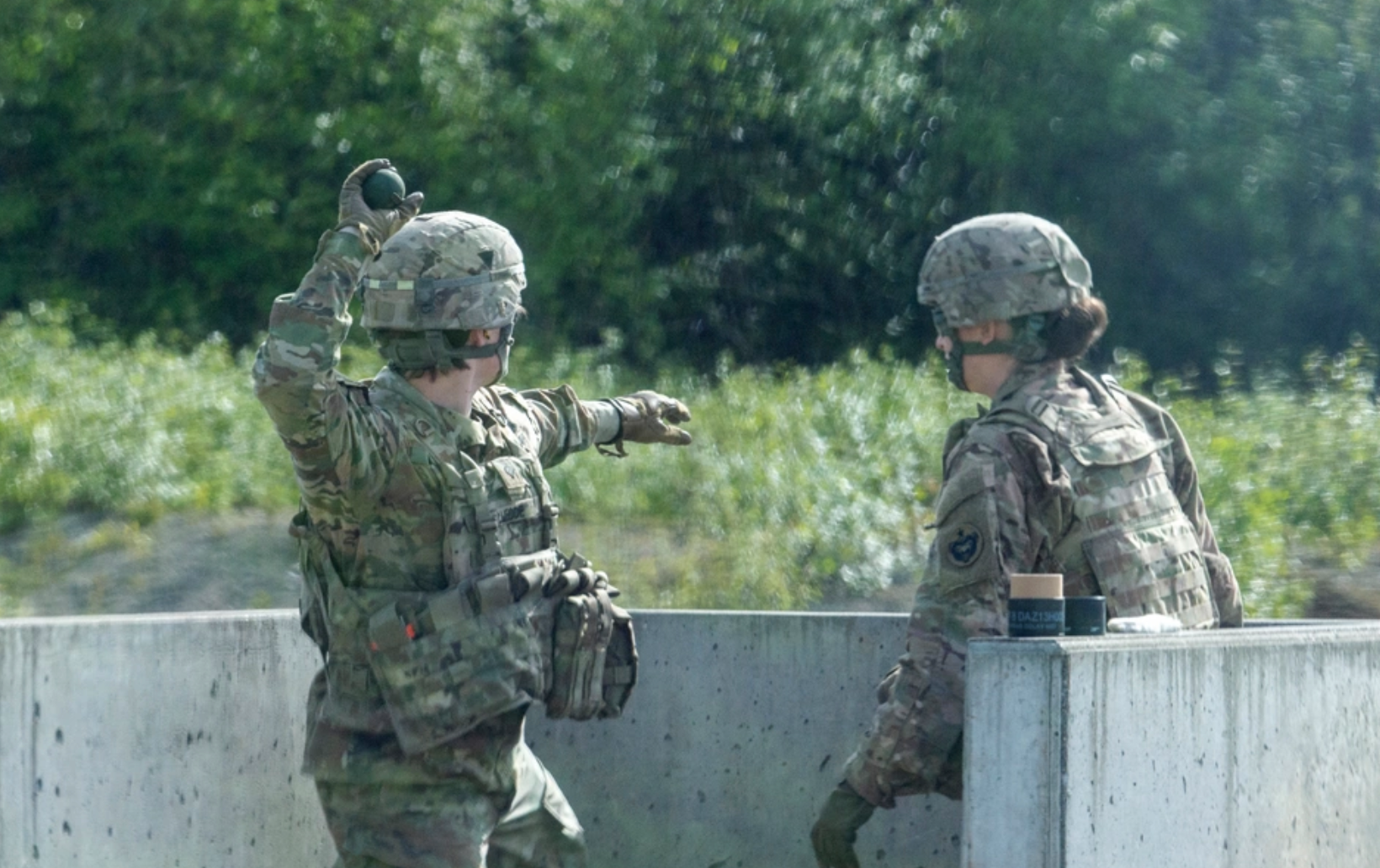 “I am worried about Oller doing live fire,” confessed Drill Sgt Stewart. Luckily, Oller made it through — v-e-r-y c-a-r-e-f-u-l-l-y. He’ll have to step it up if he wants to make it through The Forge.

Week Eight begins with grenades — literally. “The exercise is to throw live grenades as if we’re really in combat. When you have a live grenade in your hand, the first thing you want to do is throw it immediately — but we had to sit there and wait. It could blow up in your hand. You could die. It felt like forever,” confessed Gideons.

Before they can move on to The Forge, recruits must take their second ACFT (Army Combat Fitness Test). For those who failed, this is their second chance to pass. They’re hurting, they’re sore…but they’re also improving. They’ve been training for weeks and they’re getting stronger. They also know each other now — which means they’ve got someone personal to compete against.

“I failed my leg tuck on the last one. I knew I could do it but I didn’t, I gave up on myself. But after failing this ACFT, I don’t think I’ll ever do that again,” observed Carpenter.

“Ya’ll better run out there and motivate and push that soldier to cross the finish line,” shouted a drill sergeant when Carpenter struggled to finish the two-mile run. By Week Eight, it’s not just about you — it’s about the recruit next to you.

The recruits who failed will have one more opportunity to pass — after The Forge, the final Field Training Exercise of Basic Combat Training. It’s a 96-hour exercise with a 48-mile foot march, obstacle course, and a night-infiltration course.