The Capitol Building might be getting its own quick-reaction force 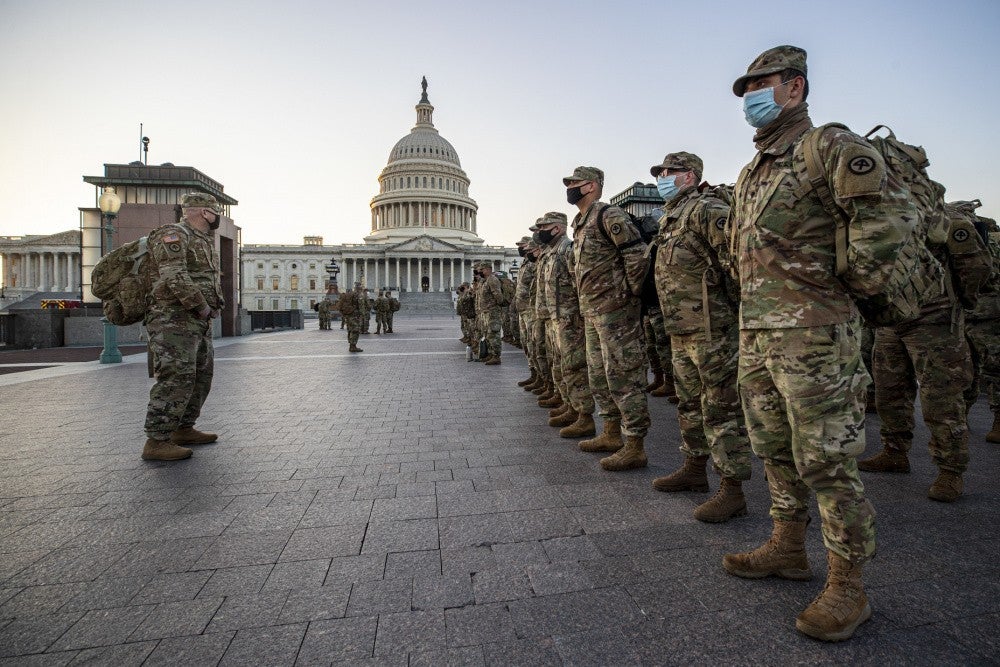 The National Guard doesn’t have the funding for it, but lawmakers on Capitol Hill are thinking about creating a military unit that would only respond to needs from the federal building, according to the National Guard Association of the United States (NGAUS).

After the fallout from the January 6, 2021, riot that saw much of the Capitol Building wrecked and forced lawmakers to flee the chamber, Congress has been looking for a means to prevent the possibility of such a riot happening again.

The legislative body would also like to have a force it can call on to ensure that such a riot, once out of hand, would never again be able to breach the building and destroy so much of the building’s offices and files.

It’s an issue so important to Congress that the Senate was holding hearings to discuss passing a reconciled version of the one passed by the House of Representatives in May 2021. A sum of $200 million would be set aside for a standing force inside of D.C. that can be called on by the District of Columbia National Guard.

“Many of these [duties] are actually a law enforcement mission set,” Army Gen. Daniel Hokanson, Chief of the National Guard, told reporters at the Pentagon. “We’re not a SWAT team. We’re not law enforcement. We’re soldiers and airmen trained and equipped to fight our nation’s wars.”

The Guard was deployed to the Capitol Hill area for four months after rioters broke into Congress in an attempt to disrupt the certification of the 2020 presidential election. The initial response was handled by local law enforcement and the Capitol Police – but the external response was so bungled that some began to suspect collusion between the rioters and the police officers.

Gen. Hokanson wanted lawmakers to know that the National Guard, even in the District of Columbia, can’t be the QRF they want, needed or not. He argued that the Guard doesn’t really have the resources, and he was on Capitol Hill to get lawmakers to pay for the four-month deployment of Guard troops to the Capitol.

It cost the Guard more than $520 million to deploy during that time. To redeploy would require the Guard to get 24 hours notice before being ready to act. Whereas law enforcement is on the job when it’s time to go, members of the National Guard have to leave their civilian jobs, grab their gear and then meet at the armory to prepare.

Only when a matter exceeds law enforcement capabilities is the National Guard called in to support the effort. Some senators instead support creating that QRF unit inside an existing federal agency, which they believe would be much more cost-effective.

As for the National Guard, funding is a big deal. The Guard used its maintenance and operational funds to pay for its four-month deployment to Washington, and so the lack of additional funds from Congress is beginning to affect its capabilities.

Defense Secretary Lloyd Austin and Gen. Mark Milley, Army Chief of Staff were also concerned with the Guard’s lack of funding. The three defense officials told lawmakers that the readiness of the National Guard would be affected if it can’t get reimbursed for its deployment.