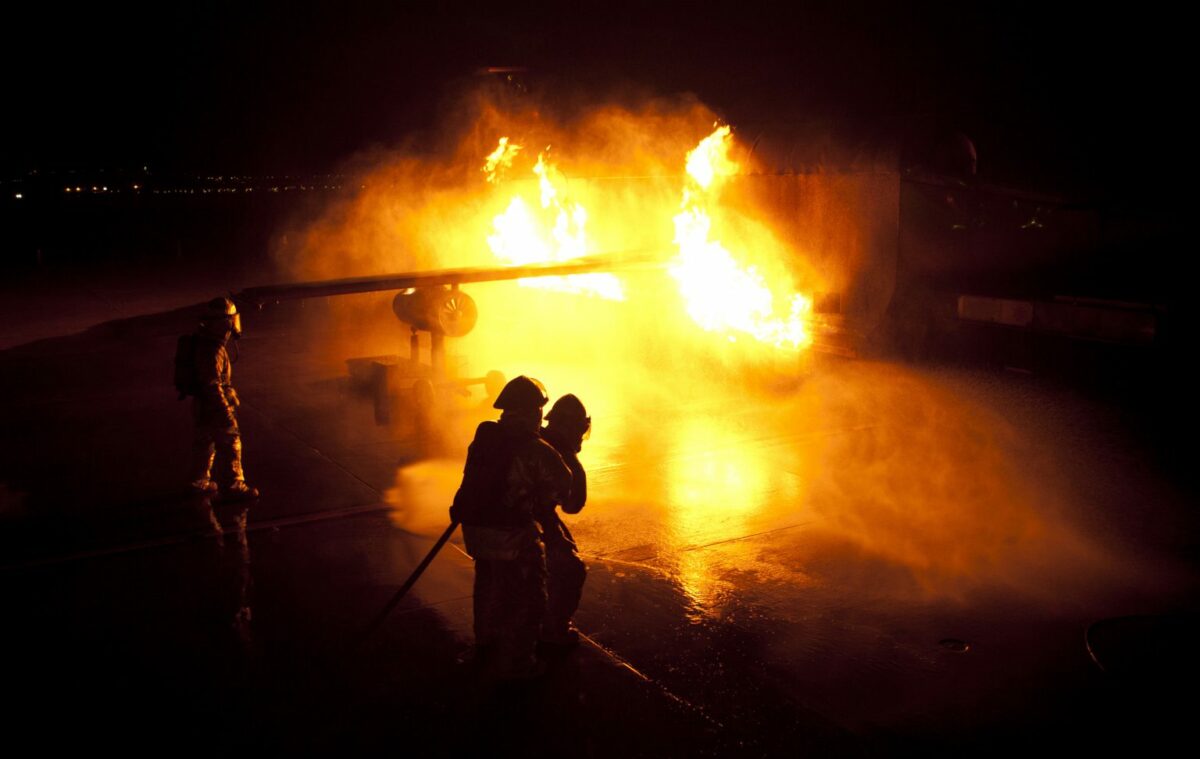 Dec. 7, 1941, was a day of infamy for the United States, as the Empire of Japan’s naval and air forces savagely attacked American military forces in Hawaii.

It was a sad day for the entire country, but it also marked a milestone that often goes overlooked by history. That day was the first and only time a foreign power attacked a fire department on American soil.

Just as they would 60 years later during the 9/11 terrorist attacks, American firefighters were out the door and racing to the scene at Hickam Field as death rained down from above. The Honolulu Fire Department’s Kalihi Fire Station was just an 8-mile drive from Hickam Field and shared a mutual aid pact with the base. When Japanese planes started attacking Pearl Harbor and Hickam Army Airfield at 7:55 a.m., the military reached out to local firefighters, asking that they provide assistance as they had done many times before.

Though the morning started off like any other Sunday for the firefighters, the sheer volume of anti-aircraft fire coming from the base gave them a clue that something was up. In the joint training exercises they’d held with the military, the firefighters had seen the white puffs of smoke that signaled the use of training shells. That morning, the puffs of smoke were black — Oahu was under attack.

So when the men at Kalihi Station got Hickam’s call for help at 8:05 that morning, Engine Six of the Honolulu Fire Department prepared for war. Within 12 minutes, the fire department was coming to the rescue. By the time the first Honolulu Fire Department company arrived on the scene, bombs had completely destroyed Hickam’s fire department. The anti-aircraft fire had subsided, but the damage was done. The firemen thought the attack was over, and they went to work.

According to the Honolulu Fire Museum and Education Center, the immediate damage included a 4,000-man concrete barracks, bombed out and burning. A gas main was burning in the middle of a nearby road. Parked aircraft were on fire on the tarmac, and hangars containing B-17 Flying Fortresses were ablaze.

Hickam’s own fire department had attempted to respond to the attack, but its main engine was just feet from the bombed fire station. Japanese fighters had strafed the vehicle. The men inside both the building and the engine were all dead or missing. The Honolulu Fire Department was now the main first responder force.

Soon, two other HFD companies arrived on the scene and found a total disaster. The men joined the fight against a fire in a hangar, attempting to save the aircraft inside. They used whatever source of water they could find. The base’s water systems were damaged, and none of the hydrants were operational. The firemen eventually found water in a bomb crater filled by Hickam’s broken water main.

Honolulu firefighters were still fighting the hangar fire at 8:50 in the morning when the second wave of Japanese fighters came flooding into the area. Lt. Frederick Kealoha, the on-scene commander, saw the fighters first and shouted to his men to take cover. Men scrambled for the relative safety of destroyed buildings and burning hangars.

“For the next 15 minutes, hell rained down from the skies in the form of whistling bombs and screaming machine gun bullets, seemingly strafing everyone and everything in sight,” firefighter Richard Young said in an interview with author John Bowen years after the incident.

“That quarter hour seemed like an eternity to us as we tried to make ourselves invisible to the Japanese pilots and machine gunners,” Young recalled. “Finally, the onslaught of shrapnel and bullets dwindled and stopped. The second wave of the attack was over. The question in everyone’s mind was ‘How many more will there be?’ No one dared to even guess about that.”

Hoseman Harry Tuck Lee Pang was the first fireman killed on the scene when a Japanese Zero strafed the area where Pang was working. Two other firemen, Capt. John Carreira and Capt. Thomas Macy, were killed inside a hangar when an enemy bomb hit the roof of the building.

The firefighters’ equipment was also destroyed, either strafed by enemy bullets or hit by bomb fragments. Engines, tires, chemical tanks, and everything else they needed to fight the fires were completely useless by 9:15.

When it appeared the attacks had ended, military personnel and civilian volunteers were finally able to begin the terrible task of collecting the wounded and dead. The firefighters plugged holes in their engines and tanks using brown soap and toilet paper found in the debris of the demolished barracks. Their ability to fight the fires was limited to the proximity of the bombed water main crater, their only source of water.

Given their limited access to water and equipment, the firefighters could produce less than a tenth of the water needed to fight the fires in front of them. Still, the wounded, exhausted men of the Honolulu Fire Department worked through the day and into the next wherever they could.

Six additional members of the fire department were wounded in the second wave of attacking fighters. To this day, the Honolulu Fire Department is the only fire department on American soil whose members were attacked by a foreign nation.

In recognition of their assistance to the military, the six wounded men were awarded the Purple Heart shortly after the surprise attack. The firefighters killed that day — Pang, Carreira, and Macy — were awarded the medal posthumously in a 1984 ceremony aboard the USS Arizona Memorial.