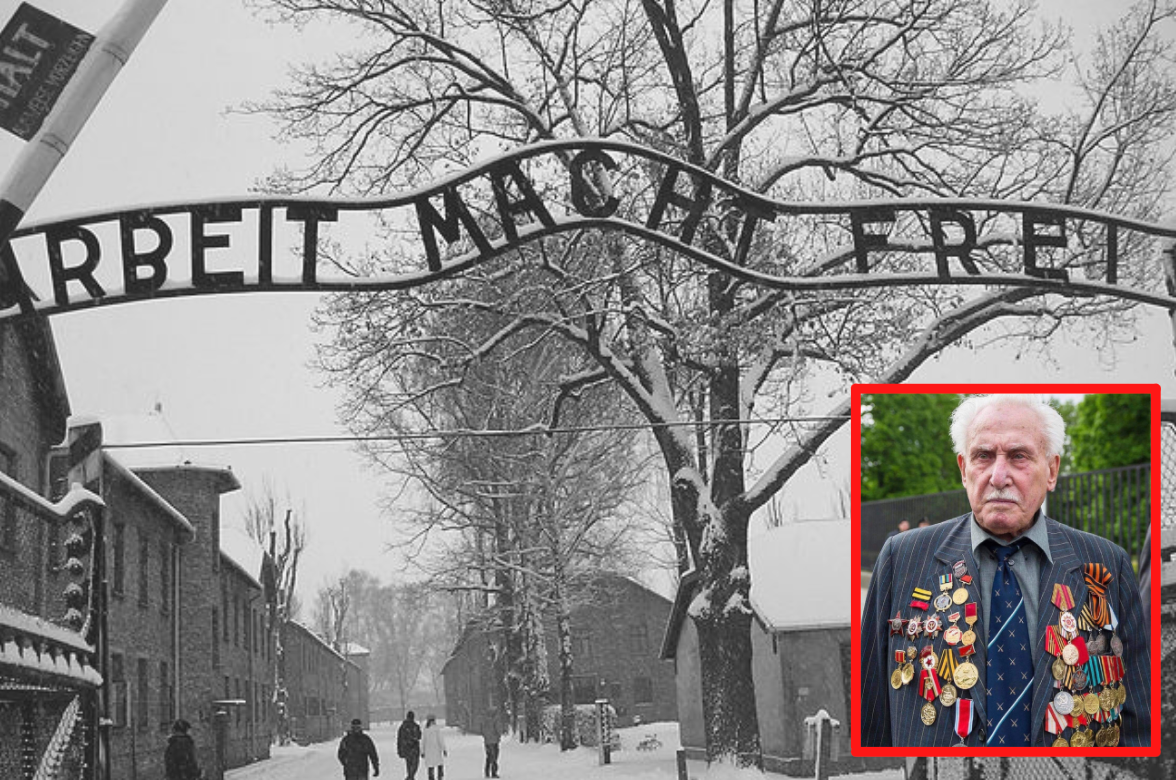 Time marches on and with it goes some of history’s greatest heroes. The history of World War II reached a sad but inevitable milestone in June 2021. The last surviving soldier who liberated the Nazi death camp at Auschwitz has died at age 98. The Munich Jewish Community Organization that confirmed his death gave no cause.

David Aleksandrovich Dushman drove his Soviet T-34 tank through the electrified fence of the concentration camp on January 27, 1945. He was a soldier of the Soviet Union’s Red Army, part of a force moving through Poland on its way to Berlin.

Still, he only saw what was in front of him and the rumors he heard among his fellow soldiers. It was only after the end of the war that he learned the magnitude of what happened in the string of Nazi camps across Europe.

“They staggered out of the barracks, sat and lay among the dead. Terrible. We threw them all our canned food and immediately went on to hunt down the fascists,” he said.

Dushman was a Russian Jew from the Free City of Danzig, later a Polish possession. He was just 21 years old that day but he knew all too well what Jewish people faced, even inside the Soviet Union.

Auschwitz-Birkenau was one of the most notorious death camps in Germany and its occupied territories, famous for its gas chambers that ended the lives of an estimated one million Jewish prisoners from across Europe. But Jews weren’t the only ones sent there to die.

The death camps at Auschwitz were the final destination for many of Europe’s homosexuals, much of its Roma population and Soviet prisoners of war. If captured by the Wehrmacht, it’s very likely Dushman would have met his end there.

Instead, he was the first liberator to enter the grounds (if you don’t count his T-34 as a liberator).

Dushman was only one of 69 Red Army soldiers from his unit who survived World War II, from a unit of 12,000. He was wounded at least three times on the brutal Eastern Front, but it could have been worse for him– much worse. He and his comrades fought in some of the most intense battles of World War II, including the battles of Stalingrad and Kursk.

After the war, Dushman became a doctor at the behest of his mother, carrying on the family profession. But he really wanted to be a champion fencer and studied the sport intensely. He became one of the USSR’s top fencing athletes.

The Soviet team, along with Dushman went on to win Olympic gold in the 1972 Munich Olympic Games. The decorated World War II veteran would later urge the International Olympic Committee to use its games as an instrument of international peace.

“My biggest dream and hope for future generations is to live in a world where there is no war,” Dushman said “… use sport as a way to spread peace and reconciliation around the world. War is something that should never happen again.”