The little fish that almost brought down the US submarine force 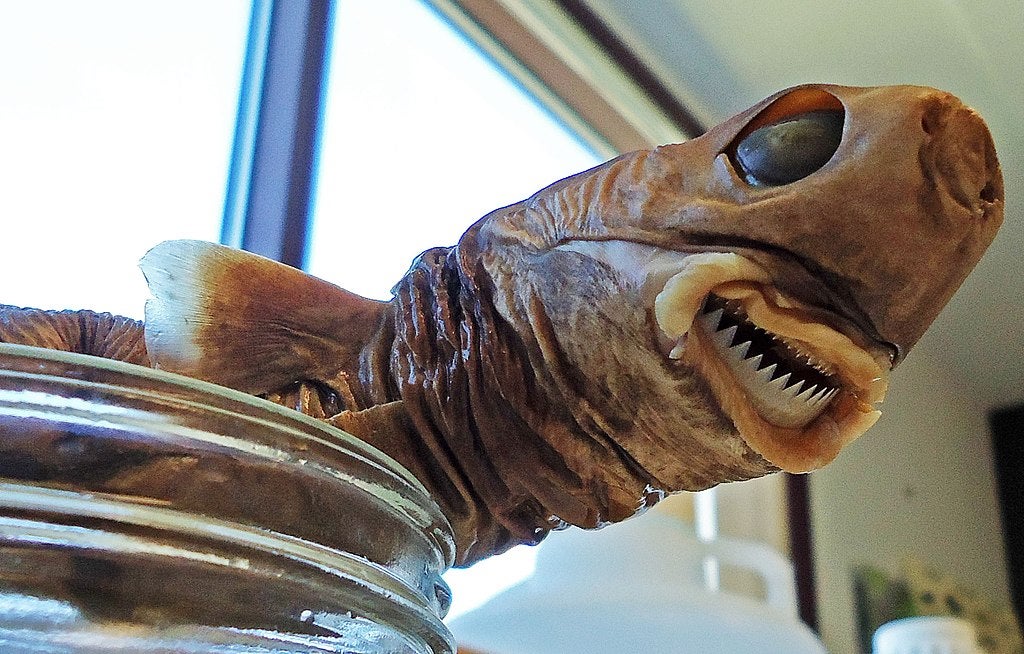 The Ohio-class cruise missile submarine is probably one of the most powerful and intimidating weapons ever created by man. They are the world’s third-largest subs and the largest submarines ever built by the United States – and they were almost made nearly obsolete by a tiny shark.

During the mid-1970s, the Ohio-class submarine was the latest and greatest in Cold War weapons technology, equipped with sonar domes, cruise missiles that could literally destroy all life on Earth, and torpedoes that would stop nearly any ship in the world. It could do all this without ever being seen by the enemy.

With all this in mind, the submarines are not just an essential component of the US Navy, but are central to America’s defense posture as part of the nuclear triad. Without them, a necessary deterrent would be missing. So when something goes wrong with them, the Navy takes notice.

Something strange was happening to the American fleet’s powerful new submarines, however. Its sonar domes were coming up damaged, sound probes were suddenly not working, oil lines were leaking, and huge chunks were coming out of electric cables. Something was up, and the United States suspected a new Soviet weapon.

The Soviet Union lagged far behind when it came to nuclear submarine technology. For decades, the USSR looked for ways to either counter or track the American submarine force during the Cold War. American intelligence was baffled. The United States Navy was baffled. No one could figure out how or why sensitive pieces of submarine were being taken and what was being done with the pieces.

The truth was far more mundane: someone (or rather, something) was just hungry.

The real reason the US Navy was losing chunks of powerful warships was actually the Cookiecutter Shark. The shark is a 16-20-inch long shark that is fairly common in all waters of the world and is known to feed off of large animals. Almost every large aquatic has a gouge fitting the mouth size of one of these beasts taken from its hides. It will even feed off of human bodies, dead or alive.

Cookiecutter Sharks don’t stop at mammals, however. Bites from these aquatic creatures can be found on all kinds of manmade objects traversing the world’s waterways, including undersea cables, oil rigs, and most importantly for this story, submarines.

Being found in all waters of the Earth also means there’s no real way to avoid the creatures. Since they also rely on stealth to capture their unsuspecting prey, creating a means of detecting and avoiding the shark was also unlikely to happen, but something still had to be done about it.

The Navy reported Cookiecutter shark incidents aboard 30 of its powerful world-destroying nuclear submarines, many of which were forced to return to port and make repairs before they could continue with whatever secret mission they were set out to do. The Navy had to do something about the nuisance.

It turned to fiberglass. The US Navy decided the best way to counter the new, continued shark threat was to outfit each of its 560-foot-nuclear submarines with a fiberglass dome to protect its most sensitive and important parts from having a chunk taken out of it by a fish called the Cookiecutter Shark.

The price tag for these fixes usually cost the American taxpayer around $2 billion. Apiece.