The Marines ditch crunches, go to planks for their annual fitness test - We Are The Mighty

The Marines ditch crunches, go to planks for their annual fitness test 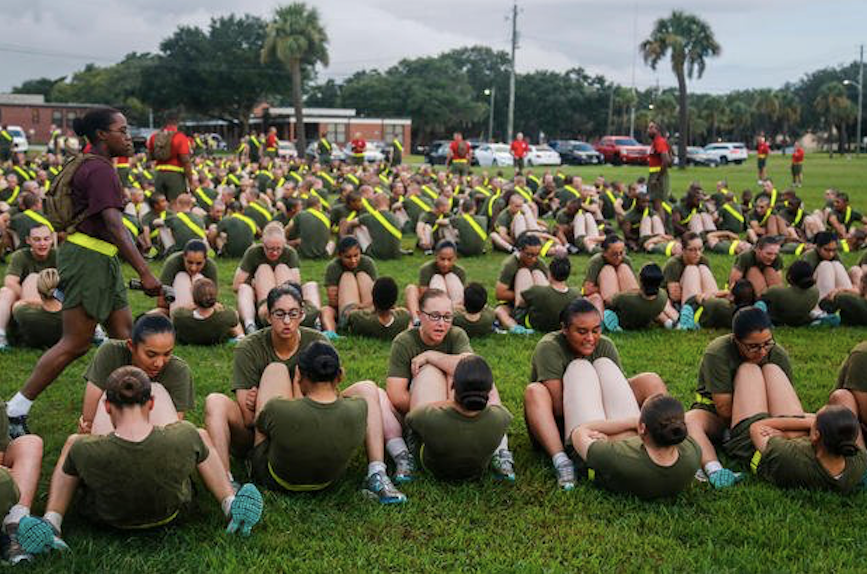 The Marine Corps has announced it will be phasing out crunches as part of its annual physical fitness test as part of a larger overhaul of the assessment.

Crunches will be replaced by planks — which were added as an option in 2019 — as the mandatory abdominal strength test in 2023, the service announced in a message Thursday.

The Marines will join the Navy in phasing out crunches as part of its fitness testing regimen. The Navy eliminated the exercise for the 2021 cycle of its test.

The exercise was first introduced in 1997 as part of the fitness test, though the test itself goes back to the early 1900s.

According to Marine Corps spokesman Capt. Sam Stephenson, injury prevention is a major force behind the change.Advertisement

“Research has shown that crunches with the feet restrained require significant hip flexor activation,” Stephenson explained in a statement.

“This has been linked to an increased risk of injury, including lower back pain,” he added.

Marines will be expected to perform a forearm plank – an exercise where the body is held in a push-up-like position while being supported by the forearms, elbows, and toes.

Additionally, the plank has “numerous advantages as an abdominal exercise,” according to the Marines. The exercise “activates almost twice as many muscles as the crunch and has been proven to be most reliable in measuring the true endurance required for daily activity function,” Stephenson said.

The changes announced Thursday also tweak the minimum and maximum times for the plank exercise. The maximum time will go from 4:20 to 3:45, while the minimum will change from 1:03 to 1:10. This change will take effect in 2022.

The Marines said its “human performance policies and standards are in a constant state of analysis, assessment, and modification, if necessary, to ensure that they best support the overall readiness of the force” in a message announcing the new standards.