The Night Witches: an all-women crew who dropped bombs at night - We Are The Mighty

The Night Witches: an all-women crew who dropped bombs at night 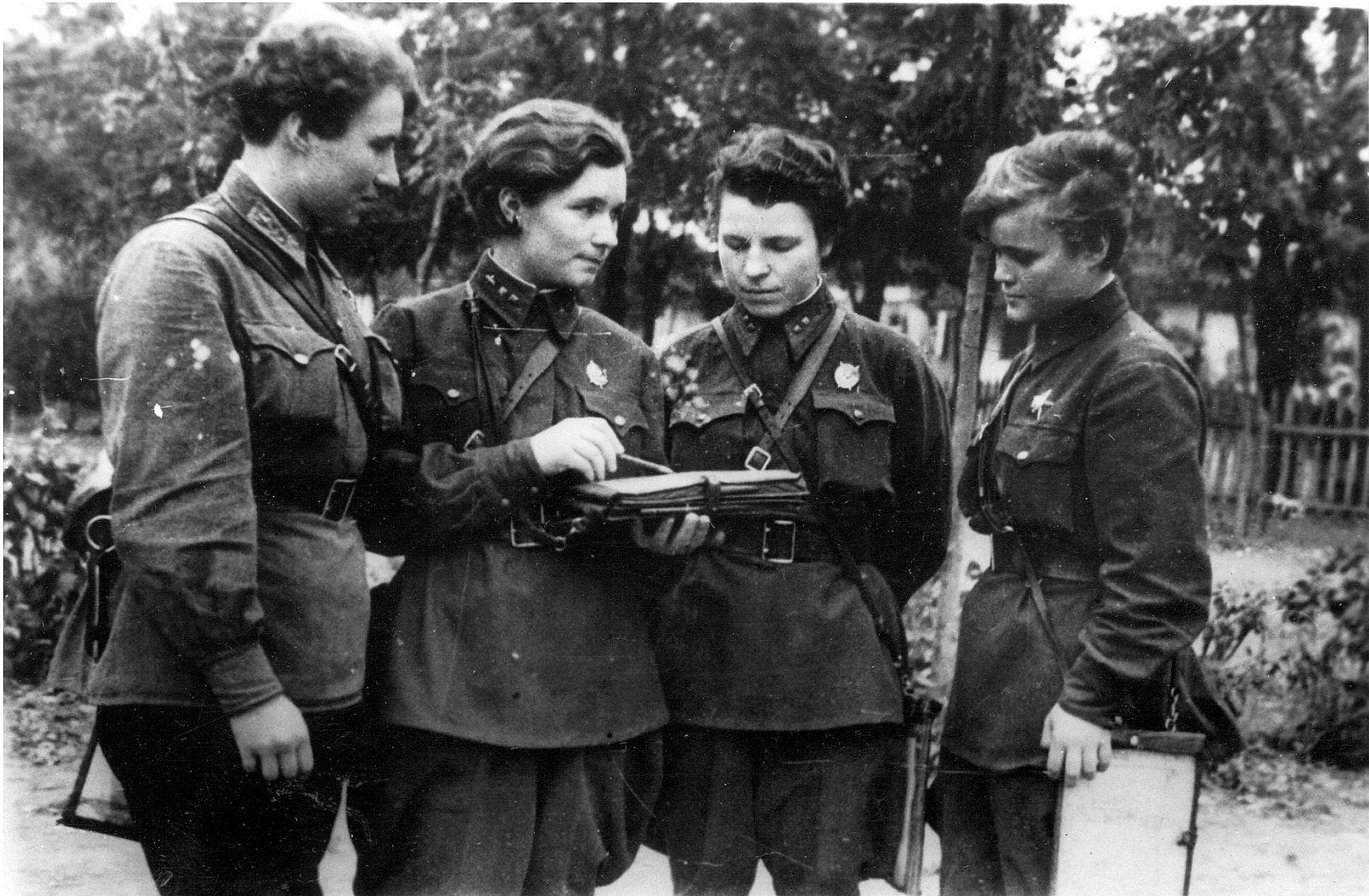 The "Night Witches" planning a mission (Sergey G on Flickr).

In a story just waiting to be made into a big-screen thriller based on real events, comes the Nachthexen — German for “The Night Witches.” Also known as Stalin’s Falcons, the Night Witches made up a regiment of all-women night bombers from the Soviet Air Forces. With a mission of remaining as stealthy as possible, the conditions in which these female flyers traveled– and succeeded in an incredible number of missions — defies the odds.

The 588th Night Bomber Regiment were tasked with flying in the pitch black, during the latest portions of the night. Their planes were made off wood and canvas with bare-bones technology, even for the time. They were provided with no radio or radar machines. This allowed their planes to be as light as possible, and therefore, able to fly extremely low. They did this in order to surprise the enemy in the middle of the night. In addition, the Night Witches’ planes held bombs by wire, which were affixed to the wings of their planes.

However, it was a tactic that was born out of necessity. The Night Witches were not welcomed by male soldiers and often not given proper supplies. They were given used uniforms and equipment and provided no radios or radars at all. They made due and created their own deadly regiment of highly-skilled fliers.

The Night Witches would often fly 15-18 missions per night — yes, per night — making them one of the active aviation forces during World War II. They remained undetected by flying in, then idling their engines and gliding to their point of attack. This allowed them to be as silent as possible, and helping them earn their menacing nickname, as the gliding was said to sound like brooms.

In addition to direct attacks, the Night Witches also performed harassment techniques. By randomly firing at night, their job was to undermine morale and keep the enemy on their toes. This worked by lowering readiness, interrupting sleep, and increasing stress levels.

Because women were not allowed to fight in Soviet forces during WWII, they had to find a loophole to serve. Major Marina Raskova, the first Soviet woman to become a flight instructor, contacted personal friends and military high-ups in order to form female air units — permission was granted by Joseph Stalin himself. By 1941 there were three such units, consisting of very young volunteers, females in their teens and early 20s.

Raskova remained as a commanding officer and was killed in a plane crash in 1943.

Another notable Night Witch was Lieutenant Nadezhda “Nadia” Popova, who enlisted when she was 19. She joined in order to avenge her brother, who had been killed by German forces. In total, Popova flew 852 missions, having been shot down multiple times, forced to find her way back in extreme winter conditions. She met another pilot in 1942 (his plane had also been shot down) who she eventually married.

Popova said she often returned from missions with a plane that was “riddled with bullets” and considered herself lucky, having watched many of her friends’ planes shot and burning in mid-air.

The Night Witches went on to earn the respect of Soviet forces, as well as gaining worldwide recognition. In addition, 23 of its members were given the title Hero of the Soviet Union, two earned Hero of the Russian Federation, and one was named Hero of Kazakhstan.