The war in Afghanistan is over, but the fight for our allies continues - We Are The Mighty

The war in Afghanistan is over, but the fight for our allies continues 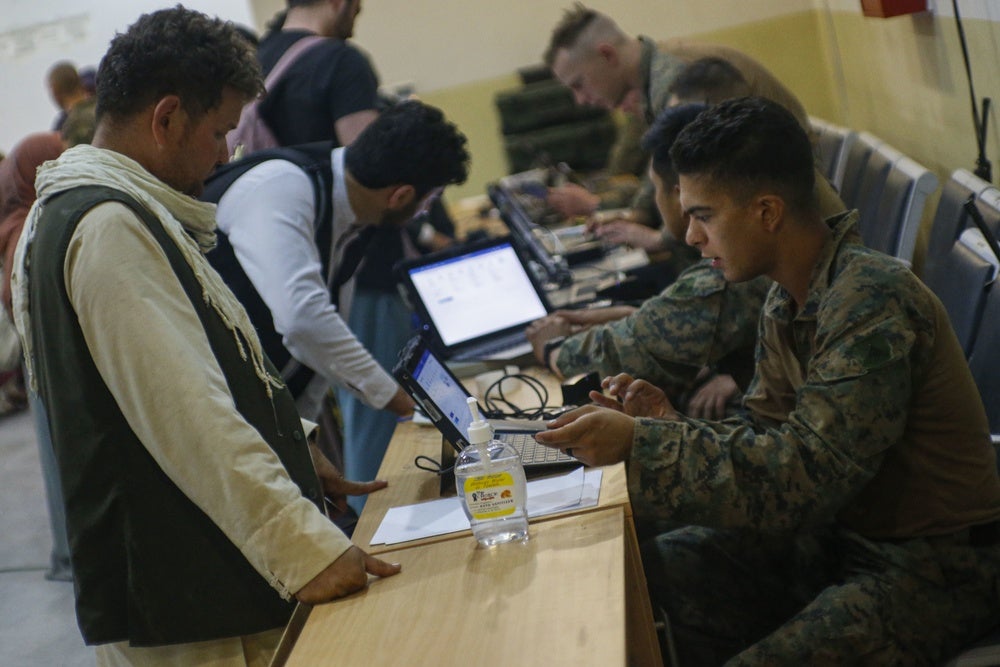 While the seemingly endless war in Afghanistan waged for decades without much mention in the news, one organization never forgot our allies who fought alongside our soldiers and remained behind. Since 2013, No One Left Behind has worked to keep America’s decades-old promise: to take care of our wartime allies from both Iraq and Afghanistan.

The nonprofit organization was founded by a soldier and his Afghan interpreter, Janis Shinwari. As an interpreter, Shinwari was not expected to use his weapon and fight. But he did, saving the lives of five service members.

The battle to get him into the United States after being marked for death by the Taliban would take years, despite his eight years of dedication to American troops. When Shinwari finally received his Special Immigrant Visa, he wanted to make it not only possible for others, but easier.

And that’s what he did.

Once an SIV recipient is granted approval and makes it to the United States, the organization is ready. The wrap around care it offers includes critical assistance with resources for rental support, groceries and the challenging path to citizenship. Through exhaustive legislative efforts, the NOLB has made waves of change within the program and created expansions with the support of the likes of late Senator and Navy veteran John McCain.

James Miervaldis served as Chairman of the Board of NOLB leading up to and during the Afghanistan evacuation. A veteran of the Army Reserve, he witnessed firsthand the bravery and vital role allies played for the military.

Miervaldis enlisted in 2007, volunteering to deploy to Iraq in 2008. “In Iraq, my unit was responsible for the detainees at Camp Bucca, Miervaldis explained. “What we did was play chess with 12,000 pieces by moving the detainees from compound to compound to keep them off balance. Just seeing how these guys operate, I mean we got to watch the enemy for 10 months and really understand their way of life, which is Hobbesian – it’s nasty brutish and short – completely different from how Americans view life. I don’t think senior military and civilian leaders ever understood that.”

After returning home, he found himself struggling to acclimate to civilian life amid the widespread financial crisis in America. After an impromptu conversation with retired Marine Corps Commandant General Amos, Miervaldis decided to volunteer to deploy — again.

“It was 2011 and I got the opportunity to go with a joint unit in Bagram [Afghanistan] working the national security court on the back end of the prison,” Miervaldis shared. “I think this is when we started to realize just how much the two different worlds – the Afghans and the NATO forces – were still talking past each other even after 10 years.”

Miervaldis watched and supported the continued attempts to build a rule of law and democracy in Afghanistan as well as the corruption and struggle to connect it all, he said. It was here he began working with his own interpreter and saw the beauty in the country and its inhabitants, too.

After leaving the Army, Miervaldis went to work with NOLB to get his interpreter out of Afghanistan after he was marked for death. It was a feat which took three years and the backing of Senator Tim Kaine. After his experience, Miervaldis officially joined the all-volunteer mission. Under his leadership, the organization received the BBB accreditation, passed its first full audit, partnered with CBS’s The United States of Al, gained the most bipartisan support the SIV issue has ever enjoyed through a pandemic, administration transition, a withdrawal from the US’s longest war, and a historical evacuation.  No One Left Behind helped almost 1,000 SIV families with almost $800,000 in direct aid over the last 2 years, doubled its SIV Ambassador program, and now has $12M cash on hand from over 20,000 donors to help even more SIV families resettle in the US.

“Before everything [Afghanistan withdrawal crisis] happened, we’d [NOLB] been advocating for SIV families for the last eight years. We’d gone through three administrations, seven congresses, seven secretaries of defense and five secretaries of state,” he explained. “It’s always been a moving target and our interpreters have always been an afterthought.”

Congress passed the Afghan Allies Protection Act of 2009. It provided special immigrant visas (SIV) to Afghan nationals who were employed by the United States and whose lives were threatened due to their work in support of the military’s mission. The year before, a similar measure was passed to support Iraqi interpreters and allies.

Despite the legislation enacted over a decade ago, they were left behind. For those who were considered, the cost was astronomical — especially for Afghan families who were typically surviving on $4,100 a year. The laws only allowed for a certain number per year so many found themselves waiting three or four years to make it to America, if they survived the Taliban.

NOLB team members had been sounding the warning alarms on the impending humanitarian crisis in Afghanistan for years. The team tracked over 300 SIV applicants who’d been killed waiting to receive approval to come to the United States.

“[Annually appropriating the visas] is usually people scrambling at the last minute,” Miervaldis said. “2018 was a significant year because Senator John McCain had championed the cause and then he passed. Special Immigrant Visas were then left out of the FY19 National Defense Authorization Act… fast-forward to February of 2021, President Biden announced the executive order which was supposed to provide an assessment of the SIV program.”

The report was due by August so when the president announced the withdrawal date it shocked everyone, he said. “We were very worried about the program and what it would do to the system with a rush of applicants coming in,” Miervaldis added. “We started getting frantic calls and emails from both Afghans in the pipeline and US veterans.”

NOLB began to work around the clock, quickly becoming the go-to organization for everyone – including the government and State Department. The social work intern responsible for tracking each SIV applicant or family had his work cut out for him. But for Josh Emerson, the clinical internship wasn’t just a box to check off before graduation. It was personal.

Emerson is an eight-year Army combat veteran who deployed to both Iraq and Afghanistan. After hanging up his uniform in 2016, he completed his undergraduate in clinical psychology before being accepted into the University of Southern California graduate school for social work.

“My hopes were to be able to counsel veterans and that’s where I got connected with No One Left Behind,” he shared. Initially, the mission was to offer wrap-around support and resources to SIV individuals already living within the United States.

“Now here we are really trying to coordinate a mass evacuation,” Emerson said.

He spends his days reading pleading messages and horrific stories all while continuing to compile the SIV list for DOD and State Department. As the Afghanistan crisis mounted, he watched three younger, civilian interns leave, unable to manage the work. But for this veteran soldier, it was a commitment he could never walk away from.

Inspired by his own family, the military was always a path he wanted to take. “I graduated in 2007 and I joined the Army in 2008. I was stationed in Fort Stewart, Georgia and was assigned to the 3rd Infantry Division for all eight years,” Emerson shared. He was deployed to Mosul, Iraq in 2009. In 2012 he was sent overseas again.

This time it was to Kandahar, Afghanistan.

Emerson bore witness to multiple soldiers in his unit committing suicide following the deployment. “Everyone knows it was a really rough area. They just weren’t handling it well, at all. My dad is a Vietnam Veteran and was diagnosed with Alzheimers at the same time and it was the push I needed to make the decision to get out,” he explained. “Now I’m still helping people but just in a different way.

Although the grueling pace over the past few months has been exhausting for the team to navigate, Emerson was grateful to have what he termed “a small part” in it.

“The one good thing through this whole catastrophe is that I have met a lot of great veterans and people,” he said. “From staff sergeants to generals, all hands were on deck to support the evacuation and support efforts of Afghan allies. It was amazing to see.”

Miervaldis echoed Emerson’s thoughts. “I am really proud of NOLB’s work and keeping congress focused on the program,” he added.

And the continued focus is needed. National news media has already shifted away from covering the crisis in Afghanistan. It seems the public has all but forgotten the still languishing allies we gave our word to and the 13 American service members’ lives we lost at the Kabul airport.

Regardless of changing priorities, No One Left Behind will continue the fight to support the heroes who went into battle alongside the United States when they didn’t have to. Though the war may be over for American troops, it truly is endless in Afghanistan.
To learn more about the mission of No One Left Behind and how you can help, click here.