This LVAW is SOCOM’s overpowered answer to the SMG 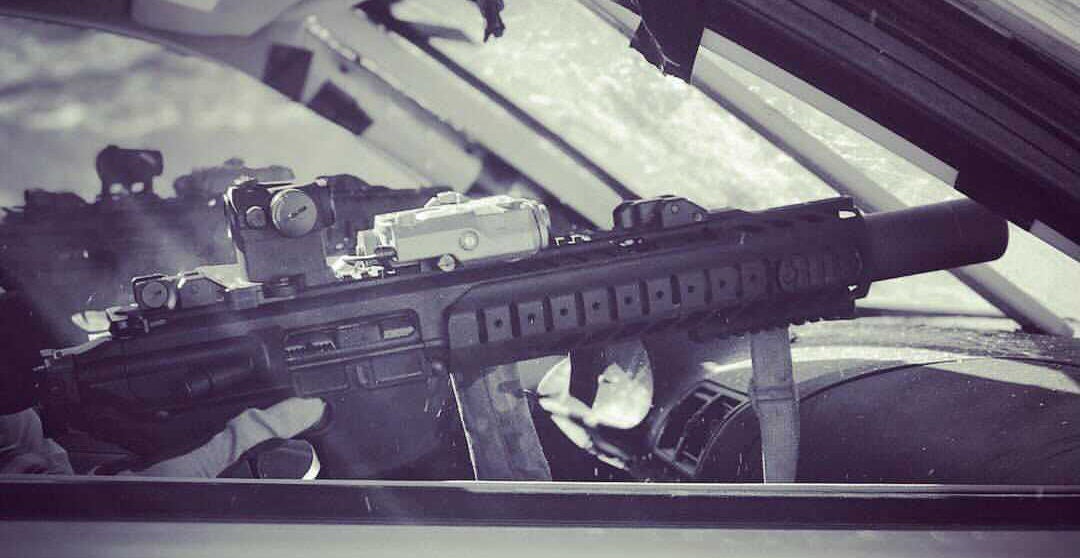 The current theme of special operations weapons seems to be small and quiet. I can’t blame them. Small, lightweight weapons with suppressors are quite comfortable for a wide variety of roles. When you have a far-from-average job, you need far-from-average equipment. That’s where guns like Sig Sauer’s LVAW come into play. LVAW stands for Low Visibility Assault Weapon, and it’s become well-represented in the hands of the men of the Army’s elite Delta Force, the Navy’s famed SEAL teams, and other JSOC commandos.

The LVAW offers selective fire capability and is only available to police and military forces. From the military perspective, this rifle is a submachine gun (SMG) killer. For the longest time, suppressed 9mm SMG platforms dominated the quiet-riot role. Capable as these weapons can be, however, they’re limited by the ammunitions. The 9mm round offers pretty poor penetration when compared to most standard rifle calibers. Weapons like the SIG LVAW were designed to provide an extremely quiet and compact weapon that brings rifle cartridges to the table, making them a superior alternative to an SMG is just about every way.

At its core, the SIG LVAW is a SIG MCX rifle designed and modified to fit a specific mission type. The MCX rifle from SIG Sauer is a short-stroke piston gas-operated rifle series. While the classic Stoner design has been proven to work extremely well, they tend to lose reliability when barrel length is limited to under 10.3 inches.

Short stroke gas piston guns work extremely well with short barrels, and the LVAW has one of the shortest rifle barrels on the market. It features a 6.75-inch barrel, which, I should point out, is absurdly short for a rifle. The SIG MCX design uses an upper and lower receiver that mimic the famed AR 15 and M16 series of rifles. This ensures the controls of the LVAW perfectly match the service rifles operators grow up on in service. This lowers the training time required to get familiar and proficient with the weapon and allows for a retained standard manual of arms across platforms.

Since the gun uses a short-stroke gas piston, there’s no need for a buffer, buffer spring, or buffer tube. In order to make things even more compact, SIG installed a simple folding stock that allows the gun to maintain even lower visibility when stored or stashed.

SIG also equipped the weapon with a modular handguard and industry-standard optics rail. Commandos can attach optics of all kinds, as well as PEQ-15s, lights, and whatever else they may need to make the LVAW better suited to its environment. It’s a short and lightweight weapon; however, tracking down official measurements has proven difficult.

The suppressors obviously reduce the signature of the gun while fired (though certainly not to the extent depicted in movies). It also acts as a means to lengthen the barrel and increase the velocity of the round, which is important due to the super short 6.75-inch barrel.

In terms of sound reduction, the SIG suppressor brings the sound of the LVAW down to a level that almost matches the MP5SD. The MP5SD is a 9mm suppressed submachine gun that’s widely considered one of the quietest options available for its purpose, which put the LVAW in good company. The suppressor also eliminates muzzle flash and helps control muzzle rise and recoil; making the user harder to spot during an engagement and making it easier to put their second and third rounds on target respectively.

All this makes the LVAW an extremely capable Close Quarters Battle (CQB) weapon. Its quiet operations allows the operator to engage threats without causing an alert. But lowering the volume does more than that. When the gun is used inside a vehicle or in extremely close quarters with teammates, operators can still communicate with each other and avoid causing serious hearing loss, as is prone to happen when using un-suppressed weapons in tight situations.

It’s hard to overstate just how loud gunfire can be in an enclosed space. The noise can permanently damage the hearing or those nearby and significantly reduces an operator’s situational awareness. But the LVAW design doesn’t do it all by itself. It functions so silently due, in part, to its round of choice: the 300 Blackout.

The 300 Blackout cartridge is relatively young when compared to most of its military peers. This cartridge was developed for a very specific purpose, and that purpose includes exactly what the LVAW does. The 300 Blackout was designed to functioned extremely well when fired from a rifle with a short barrel.

On top of that, or maybe as a part of that function, the 300 Blackout was also designed to function well with suppressors. It can utilize both supersonic and subsonic rounds without needing any internal parts swapped out. Subsonic rounds, for those who aren’t ammunition savvy, don’t break the sound barrier, eliminating the supersonic crack that makes up a fair portion of the audible bang when the weapon is fired. Using subsonic rounds in a suppressed weapon makes for a very quiet day.

As a rifle cartridge, the 300 Blackout provides better penetration and range than any pistol round. It beats soft armor and deals more damage to hard armor. It’s extremely effective, and the 300 Blackout makes the LVAW one highly versatile firearm.

SIG’s LVAW strikes a certain chord with the special operations community, and it comes as little surprise that it’s been seen in the hands of DEVGRU (colloquially known as SEAL Team 6) and Delta commandos. Specifically, it seems to be a very popular weapon for personal security details. General Austin Miller’s bodyguards were seen carrying these firearms in Afghanistan, and it’s easy to see why. They’re small but capable and work well, both in and out of buildings and vehicles.

The LVAW likely won’t ever be a general issue service rifle; it just wasn’t designed to be. However, in its niche, it’s tough to find a better option. It’s a low-issue item used for specific mission sets, and a fascinating design that seems to be popular among the elite of the elite.