This real-life Navy bar inspired the bar in Top Gun: Maverick - We Are The Mighty 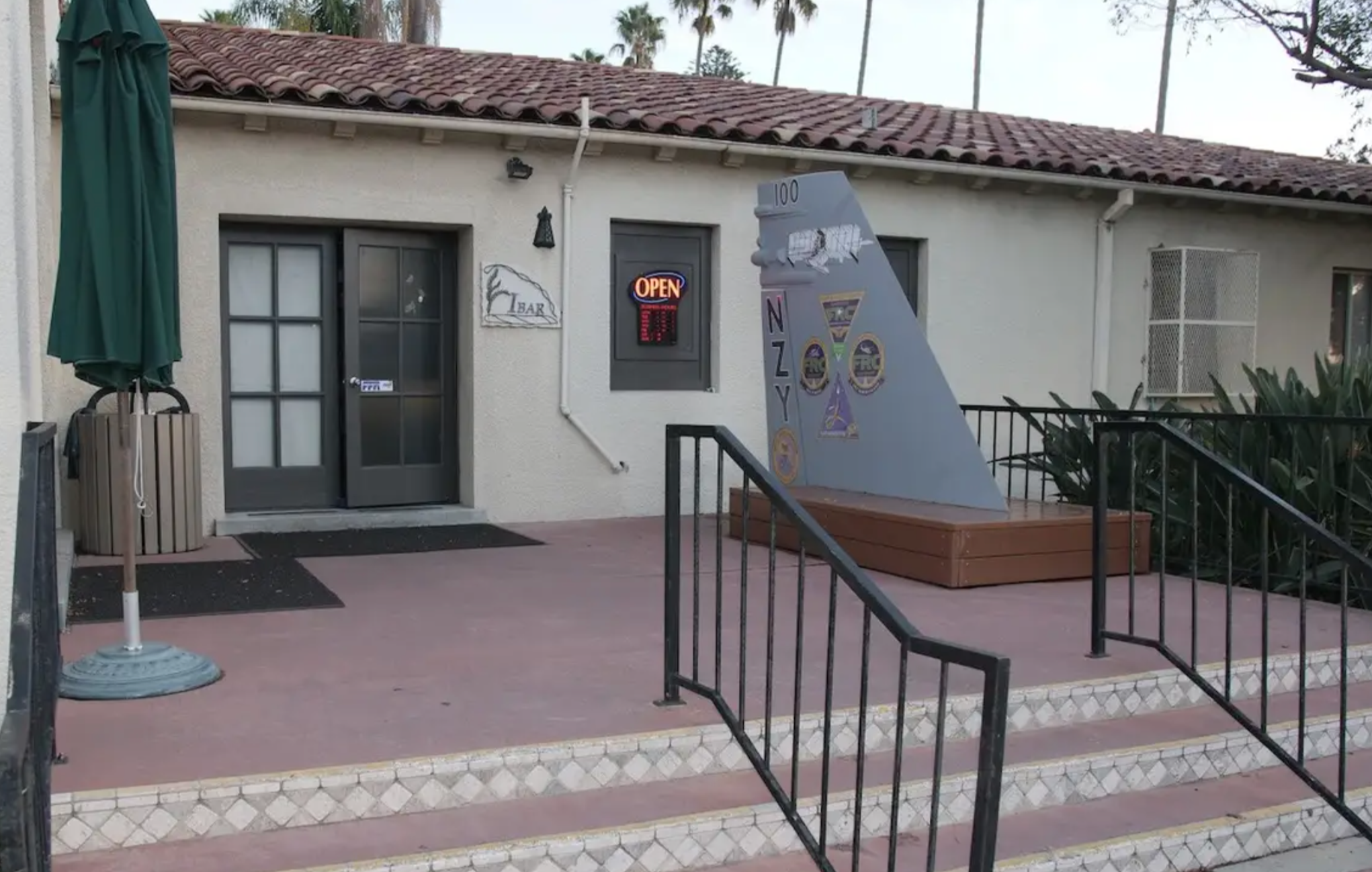 Top Gun: Maverick retains much of the theming from the original 1986 film, but updates it for the 21st century. F-14s are (mostly) replaced with F/A-18s, Maverick’s G-1 jacket is replaced with a CWU, and the Kansas City BBQ is replaced with The Hard Deck Bar. While the bar depicted in the film is a set, it is heavily inspired by a famous Navy bar that actually resides at Naval Air Station North Island.

While NAS North Island may not actually be the home of the Navy’s Fighter Weapons School, aka Top Gun, it does host the world-famous I-Bar. With model airplanes hanging from the ceiling, a bar foot rest made from an arresting wire, and a bell that’s rung if a patron breaks a rule (including setting their phone on the bar) and has to buy everyone a round, the similarities between the I-Bar and The Hard Deck are quite obvious.

Interestingly, before the Navy, North Island was owned and operated by the Army Air Corps. Called Rockwell Field, plans for the Army base included a Bachelor Officers Quarters Building designated Building I. In 1933, the construction of Building I was completed by the Quartermaster General’s Office. Six years later, the Navy acquired the base and designated the Building I bar to be exclusively for senior officers. This is where the establishment draws its name from.

In 1956, the I-Bar hosted the founding meeting of the Tailhook Association. After that, the bar became more and more associated with Naval Aviators and eventually became their exclusive hangout. In 1969, the I-Bar was refurbished with the sailing ship decor that it sports today. Around that same time, I-Bar bartender and Pearl Harbor survivor Walter Simmons began the I-Bar tradition of hanging model planes from the ceiling to represent those flown by the bar’s patrons.

Fittingly for a naval establishment, the I-Bar has its own culture, rules, and regulations. In addition to the prohibition of placing your phone on the bar, phones cannot be answered at the bar either lest you wish to buy the entire bar a round. Failing to remove your cover/headgear is also punishable by buying a round. Finally, ringing the bartender’s bell or touching the hanging model planes will result in buying a round. However, unlike in Top Gun: Maverick, patrons are not thrown overboard (even if their card is declined). In fact, patrons respect the history and importance of the I-Bar to the point that fights practically never break out. After all, there’s a lot of important Navy history hanging in the I-Bar.

In addition to the model planes, personal mugs hang from the I-Bar’s ceiling. These mugs are inscribed with the names of aviators and their assigned squadron and preserve the long legacy of those with wings of gold. Hanging from the bar’s walls are plaques, patches, photos, and medals from over the years.