Today in military history: Apache helo makes first flight - We Are The Mighty 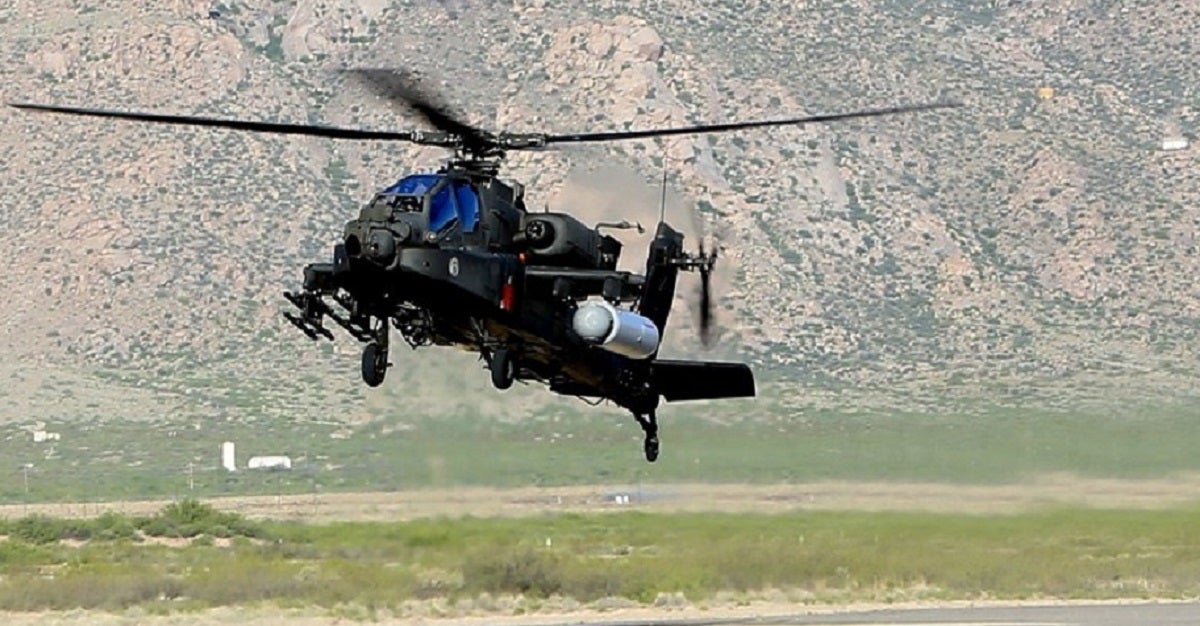 The Apache was designed to replace the AH-1 Cobra for the United States Army’s Advanced Attack Helicopter program. In other words, it was created to kill tanks and other vehicles. It is the most advanced multi-role combat helicopter for the U.S. Army and has accumulated more than 4.2 million flight hours since it began active service in 1984.

According to Victor Suvarov’s “Inside the Soviet Army,” a standard Soviet tank battalion had 31 tanks, so one Apache has enough Hellfires to take out over half a battalion. Even the most modern tanks, like the T-90, cannot withstand the Hellfire.

The U.S. first used the Apache in combat during the invasion of Panama in Operation Just Cause and has utilized the attack bird in multiple conflicts since, including Operation Desert Storm, Operation Enduring Freedom, and Operation Iraqi Freedom.

And just to make it even more bitchin’, the Army has started tests that involve upgrading the Apache with laser weapons, which have already begun successfully taking out their targets. In 2020, the United States Special Operations Command tested a high-energy laser on the AH-64 Apache attack helicopter, marking the first time such a weapon has been deployed aboard a rotary-wing aircraft.

The Apache used a HEL mated with a version of Raytheon’s Multi-Spectral Targeting System, which combined electro-optical and infrared sensors, against a number of targets. The data from this test will be used to future HEL systems to address unique challenges that stem from their installation on rotary-wing aircraft, including the effects of vibration, downwash and dust.