Today in military history: Boer War begins in South Africa - We Are The Mighty 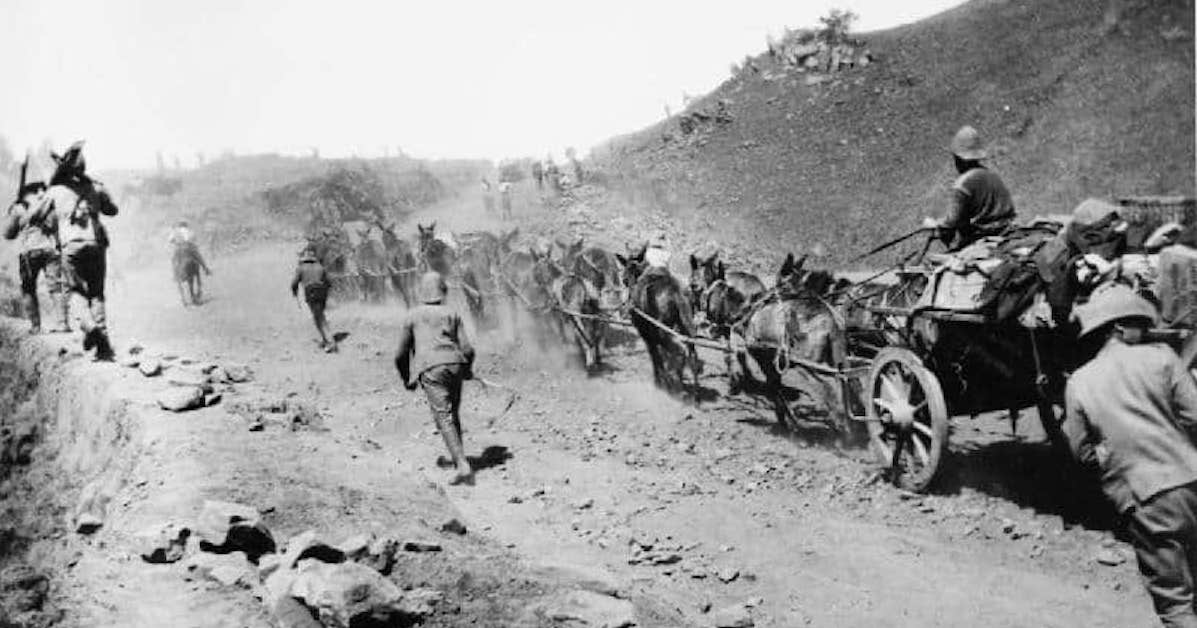 When the British Empire started to colonize the region, it was met with resistance from the descendants of the original Dutch settlers there, known as the Boers or Afrikaners. The Vootrekkers (people of Dutch origin) had moved into the interior of South Africa between 1835 and 1845, and the two groups managed to divide territory in the Dutch Cape for the first half of the 19th century.

But then diamonds and gold were discovered.

From 1890 to 1902, minor fighting erupted into a full-scale war, pitting British occupiers against Boer guerrilla fighters. According to the BBC, “The Boer force [was] the classic example of a citizen army, because virtually the entire white male population of the republics between the ages of sixteen and 60 was conscriptable for unpaid military service, [while] growing up on the farms with a rifle in their hands made them good marksmen.” The British systematically sought out the guerrilla units to destroy them while herding their families into concentration camps.

Finally on May 31, 1902, a surrender was signed and the war ended; but though the British colonists were anti-slavery, apartheid — the racial segregation and oppression of the indigenous people of Africa — was yet to come as a result of the economic and psychological devastation brought about by the years of conflict, which ​​contributed to Boer poverty and accelerated urbanization.

The white Afrikaaners took control of South African politics with an aggressive nationalist policy and a fear of the Black majority, leading to the racial segregation that would give way to the oppression of apartheid.