Today in military history: Confederate transport stolen to free enslaved families - We Are The Mighty 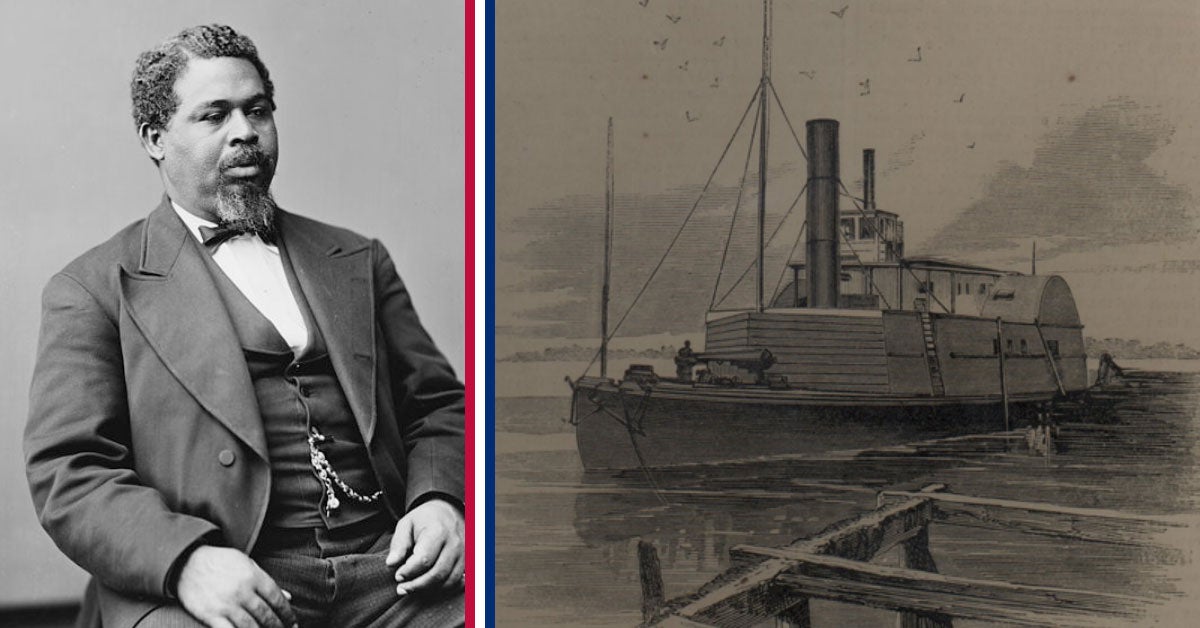 On May 13, 1862, Robert Smalls, an enslaved African American and ship pilot, stole a Confederate transport vessel and sneaked it to Union lines along with the families of his fellow Black crew.

The CSS Planter was a civilian steamer before the war but was pressed into service as an armed transport and minelaying vessel by the Confederate Army.

Born into slavery, Robert Smalls was pressed into service as the ship’s pilot — but he would not only take the freedom that belonged to him, he would earn his place in history as a Republican to the South Carolina Legislature and the United States House of Representatives during the Reconstruction Era.

On May 13, the white members of the crew took an unapproved trip into town. Seizing the opportunity, Smalls and the other Black crewmembers stole away with the ship and picked up their families before turning north towards Union lines.

Smalls wore the captain’s uniform and signaled at the appropriate places and times, convincing Confederate lookouts that everything was fine. When the crew reached Union forces, it changed the Confederate flag for a white sheet and surrendered the ship to the United States.

Smalls was later commissioned as an Army officer and then as a militia general before buying his old owner’s home and becoming a U.S. Representative after the war.