Today in military history: MacArthur returns to the Philippines - We Are The Mighty

Today in military history: MacArthur returns to the Philippines 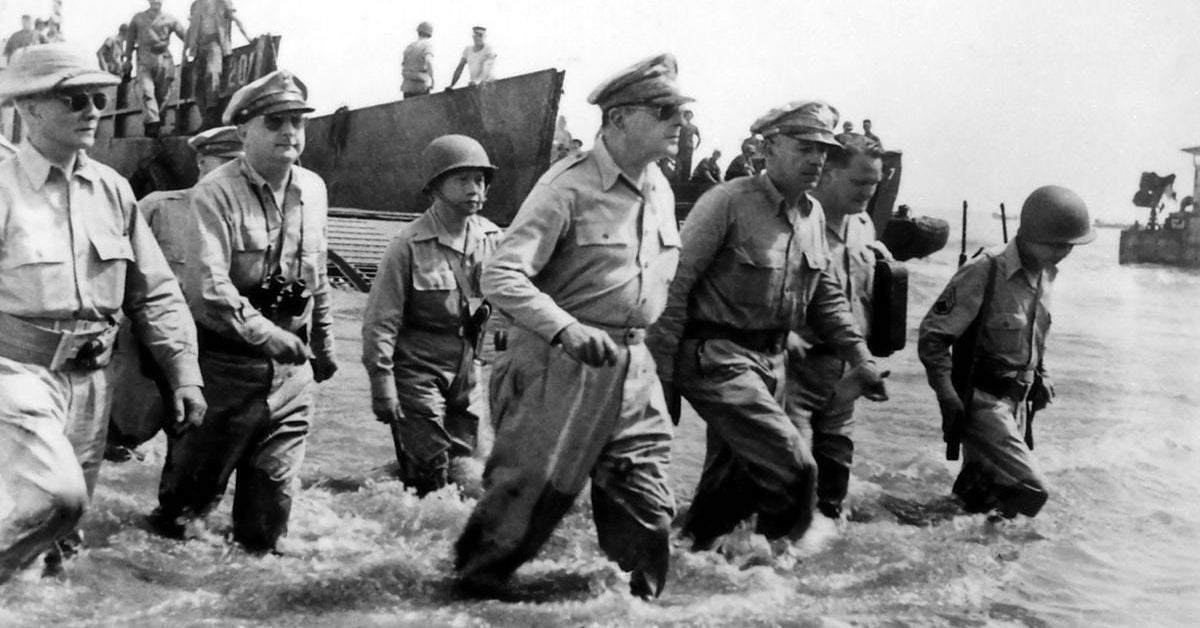 On Oct. 20, 1944, General Douglas MacArthur fulfilled his promise to return to the Philippines after he was forced to flee in 1942.

Before World War II, MacArthur served as chief U.S. military adviser to the Philippines. When the Japanese invaded the islands on Dec. 8, 1941, MacArthur fought to defend his adopted home until ordered to evacuate by President Franklin Roosevelt three months later.

He left behind ninety thousand American and Filipino troops, who would endure the Bataan Death March and the surrender of Corregidor.

Devastated, MacArthur issued a famous statement to the press, promising, “I shall return.”

For the next two and a half years, with limited forces, MacArthur launched offensives against the Japanese in the Pacific and did his best to supply American and Filipino forces left behind. For MacArthur and other military leaders tasked with preventing a complete collapse, the solution was clear: Run the blockade by any means available, including hiring smugglers and submarines, offering bonuses to civilian or Navy crews who successfully delivered supplies to the islands and survived.

Only one-third of the men MacArthur left behind survived to see his return.