Today in military history: Marine Corps aviation is born - We Are The Mighty 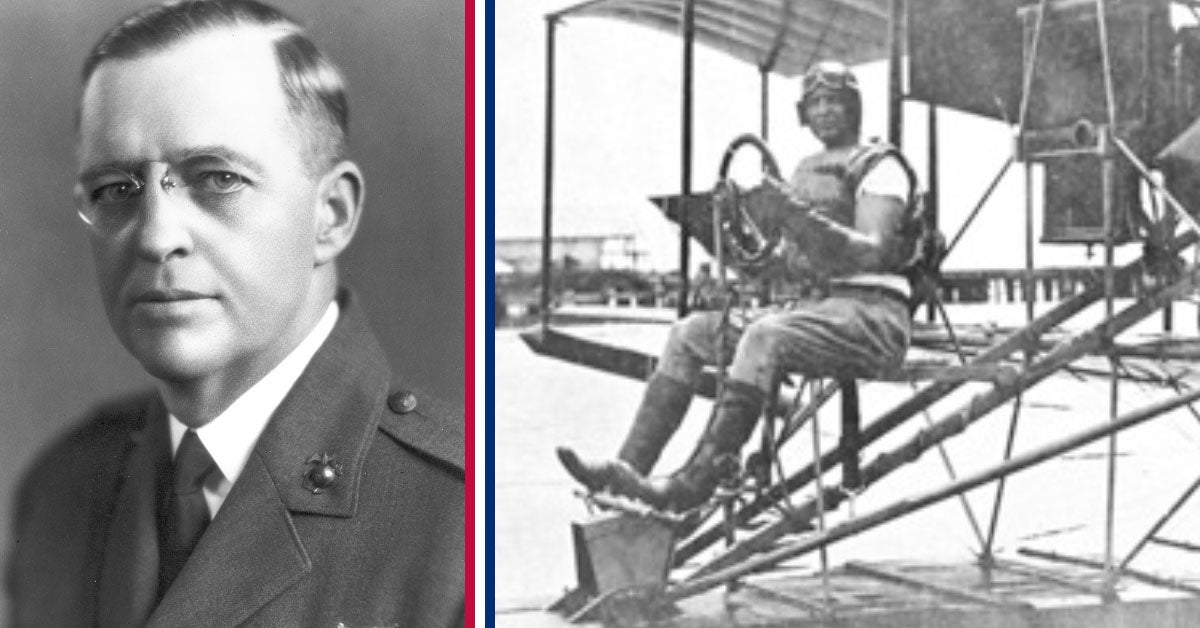 On May 22, 1912, Marine Corps aviation was born when Lt. Alfred A. Cunningham reported to the U.S. Naval Academy’s aviation camp for instruction.

Cunningham dreamt of the skies since he went aloft in a balloon in 1903 — the same year the Wright Brothers made the first controlled, sustained flight of a powered, heavier-than-air aircraft.

On May 22, the first of the officers arrived at the aviation camp at the U.S. Naval Academy for training. Cunningham was a former soldier and huge aviation enthusiast who had lobbied for a Marine Corps air arm for months before becoming its first pilot.

Cunningham’s orders were changed soon after his arrival and he was sent elsewhere for “expeditionary duty,” but he returned in July only to find that no aircraft were available for him to train on.

Undeterred, he got the Corps to give him orders to the aircraft factory and obtained instruction from the civilians there. He obtained less than three hours of instruction before taking off solo on August 20. Improvise, adapt and overcome, right, Marines?

Cunningham thus became the Marine Corps’ first aviator and the fifth pilot in the Department of the Navy. In 1913 he participated in the first Naval Aviation exercises with the fleet in Cuba, demonstrating the first use of airplanes in scouting missions.

As Assistant Quartermaster of the Washington Naval Yard, he recommended the establishment of a Navy Air Department, a Naval Air Station at Pensacola, and the placement of an airplane aboard every battleship. He would also go on to become the first pilot to fly a catapult takeoff from a warship under way.

His actions would lead to the success of early aerial combat during the first World War and his contributions to military aviation remain immeasurable. The First Marine Corps Aviator and First Director of Marine Corp Aviation died May 27, 1939 in Sarasota, Florida. He is buried in Arlington National Cemetery.