Today in military history: Mexico ratifies Treaty of Guadalupe Hidalgo - We Are The Mighty 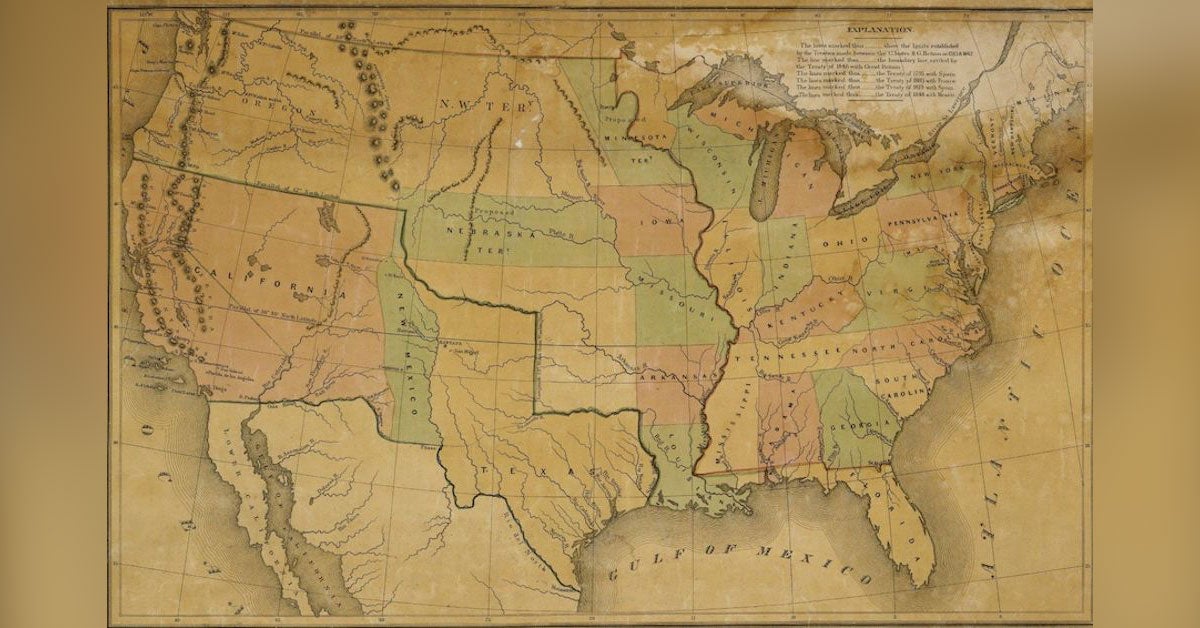 On May 19, 1848, Mexico ratified the Treaty of Guadalupe Hidalgo, thus ending the Mexican-American War.

The war began over territory disputes in what was then the Republic of Texas, Nuevo Mexico, and Alta California. After two years of fighting, Mexico surrendered and peace talks began.

As part of the treaty, the United States paid Mexico $15 million in exchange for all or parts of present-day Arizona, California, Colorado, Nevada, New Mexico, Utah, Wyoming, and Texas. Per the terms of the agreement, the Mexican government ceded fifty-five percent of its territory and recognized the Rio Grande as the southern boundary with the United States.

Adjusting for inflation, that’s almost a third of the continental United States for about what La La Land earned at the box office. Though it did indeed expand U.S. territories, it reignited the tension over free- and slave-holding states and contributed to the cause of the Civil War just twelve years later.

Featured Image: Map of the United States, Including Land Acquired by the Treaty of Guadalupe Hidalgo, that Accompanied President Polk’s Annual Message to Congress in December 1848