Today in military history: RMS Lusitania torpedoed by German Submarine - We Are The Mighty 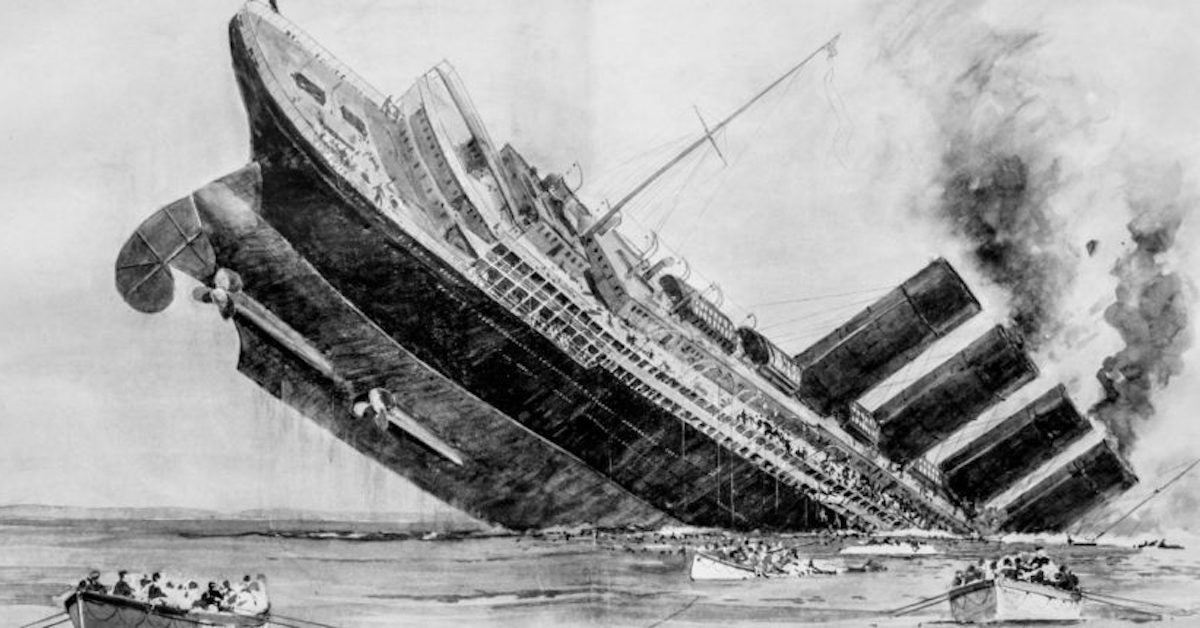 On May 7, 1915, the British ocean liner Lusitania was torpedoed and sunk by a German U-boat.

From the first shots of the Great War, Germany was desperate to gain an upper hand by any means necessary. They warned the world that their submarines patrolling the North Atlantic would target any ships belonging to Great Britain or her allies. Germany stated that anyone sailing in the waters around Great Britain did so at their own risk.

On May 7, at just after 2 PM local time, the Lusitania was bound for Liverpool from New York, when two German torpedoes hit the starboard side of the ship near the bridge. The Lusitania went down — and took 1,198 people to the bottom with her in under 18 minutes.

Despite the German warning, with 128 Americans dead aboard the sunken ship, President Woodrow Wilson rejected the German explanation for the sinking in a series of notes to the German government.

Privately, the Lusitania incident turned the President against Germany, convincing him that America should soon be a British ally. It became a key motivator for America’s entry into World War One nearly two years later when, on April 2, 1917, President Wilson would ask Congress to declare war on Germany.