Today in military history: Union Army cuts off Port Hudson - We Are The Mighty 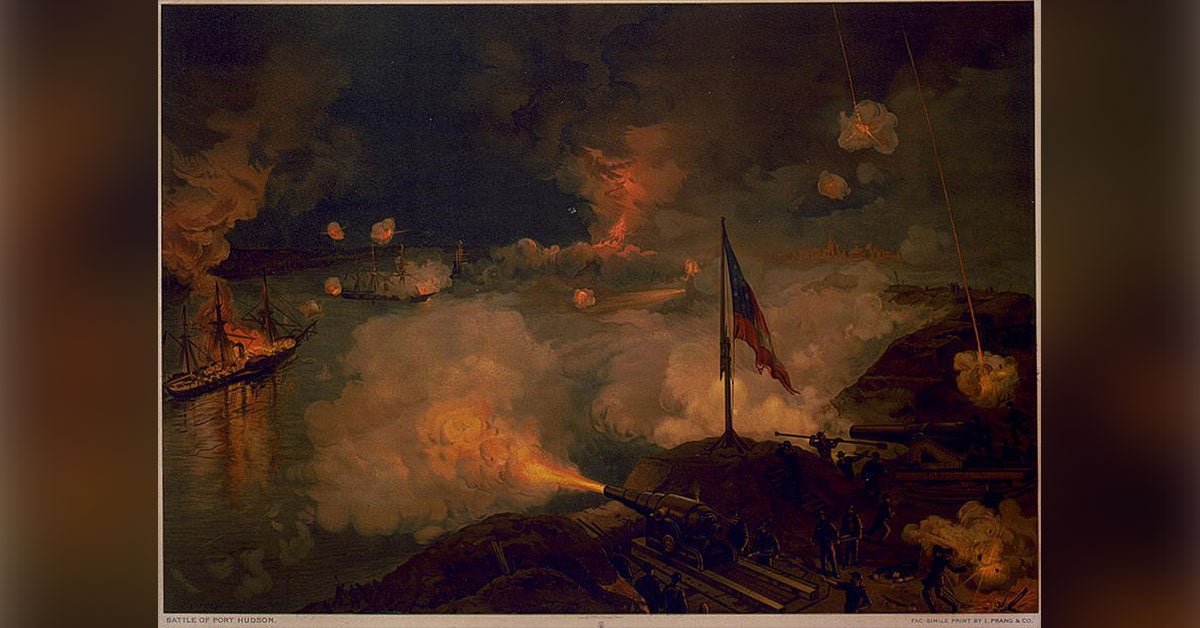 The Union’s “Anaconda Plan” was a strict blockade of the coast and the rivers, including the Mighty Mississippi. The fortifications at Port Hudson and Vicksburg presented a challenge, so in 1863, the Union went after both.

On May 21, Union Maj. Gen. Nathaniel P. Banks launched his attack on Port Hudson. Five Union divisions totalling 30,000 soldiers maneuvered simultaneously on the 7,500 Confederates in the port’s defenses, cutting them off from reinforcements or resupply.

General Banks anticipated a quick victory and ordered assaults on the fortifications on May 26. But the Confederates, firing from cover against the advancing troops, killed 2,000 Union soldiers.

A June 13 assault was also doomed as the Confederates inflicted 1,805 casualties while suffering about 200 of their own.

In the end, the Confederates were not beaten or even starved out. But Union Maj. Gen. Ulysses S. Grant’s victory at Vicksburg made Port Hudson strategically unimportant and the defenders eventually surrendered on July 9, 1863.