Today in military history: US declares war on Mexico - We Are The Mighty

Today in military history: US declares war on Mexico 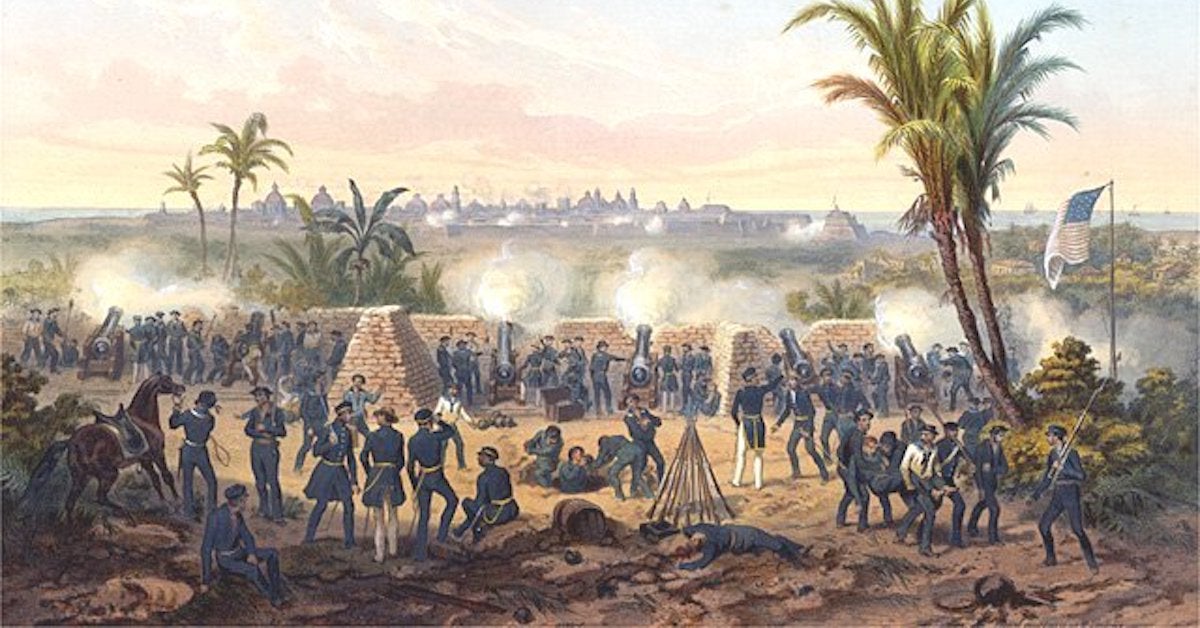 On May 11, 1846, President James K. Polk asked Congress to declare war on Mexico.

Tensions with Mexico were on the rise since the United States annexed Texas and admitted it to the Union as the 28th state. Texas had received its independence from Mexico in 1936, but northern states were hesitant to incorporate another slave-state into the union.

On April 25, 1846, 2,000 Mexican cavalry attacked a 70-man patrol with the United States Army, leaving 11 American troops dead. Later, six more Americans were killed at the Siege of Fort Texas and the Battle of Palo Alto.

Declaring that Mexico had “invaded our territory and shed the blood of our fellow-citizens on our own soil,” Polk asked for Congress to declare war on Mexico. Polk operated with an expansionist mindset, believing that the United States had a “manifest destiny” to conquer the North American continent from the Atlantic to the Pacific.

The Mexican-American War would become America’s first war fought chiefly on foreign soil. No declaration of war ever came from Mexico.

The resulting conflict would take a year and nine months, and over 13,000 American troops would die – although the Department of Defense notes only 1,733 were killed in combat.

The United States would eventually force Mexico to cede the territory that would include Arizona, Colorado, Utah, Nevada, California, and New Mexico, among other states or parts of states — nearly one third of its pre-existing territory.

Featured Image: Bombardment of Veracruz by Adolphe Jean-Baptiste Bayot. Originally published in The War Between the United States and Mexico, Illustrated, 1851.