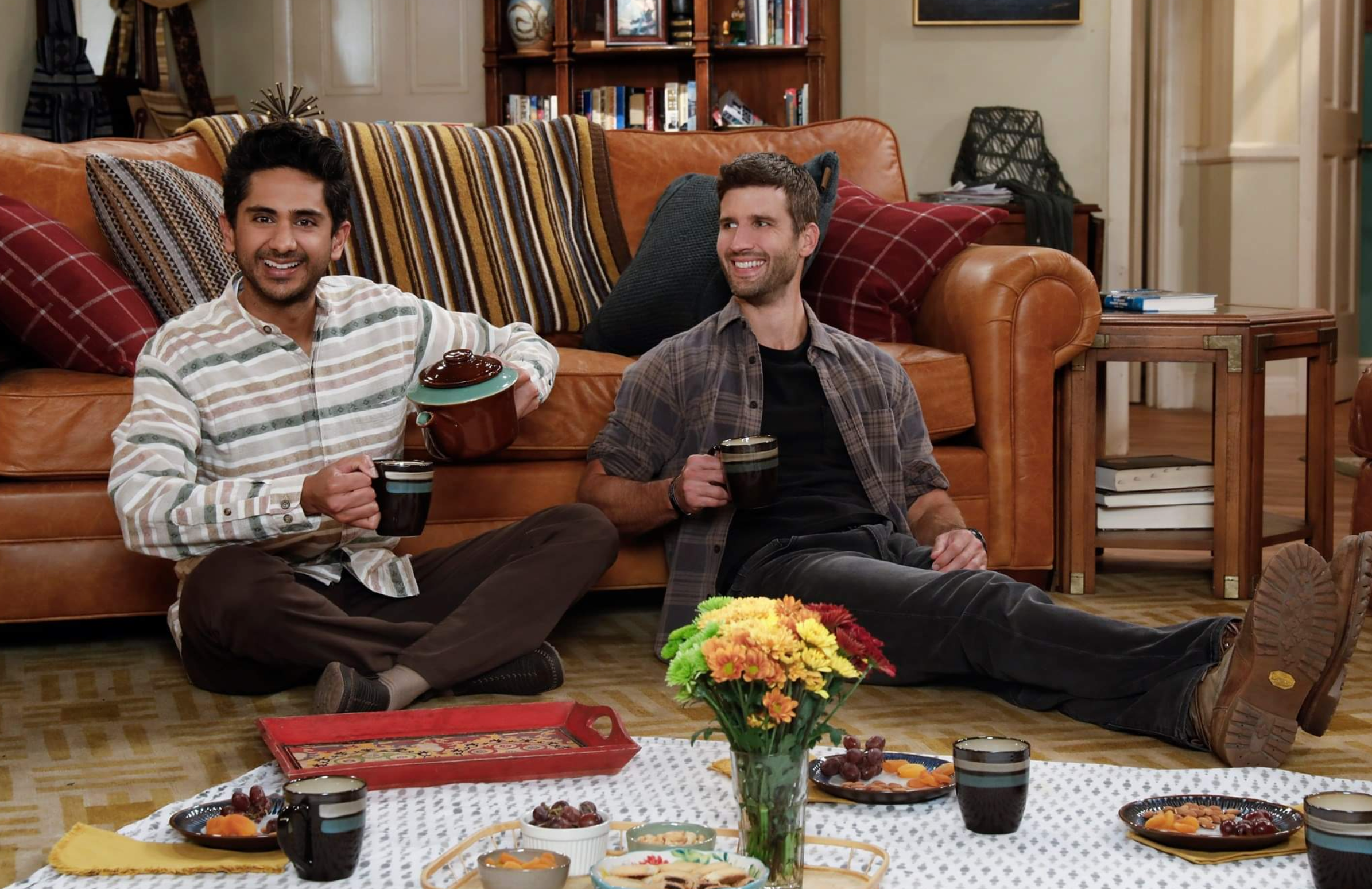 Hot off their Big Bang Theory success, Chuck Lorre, Maria Ferrari and David Goetsch are bringing a new comedy to CBS. United States of Al will follow the relationship between a Marine combat veteran (Parker Young) and his unit’s Afghan interpreter (the extremely charismatic and endearing Adhir Kalyan), who has recently moved to the United States.

While it’s definitely a challenge to tell military stories that honor the reality of combat and service while striking an uplifting and, in this case, comedic tone, Ferrari and Goetsch have armed themselves with plenty of military veterans in their crew. From the writers room to the COVID compliance officers to technical advisors, they’re getting feedback directly from the source – including WATM’s own Chief Content Officer, Chase Millsap.

“The Big Bang Theory showed me the power of the [multi-camera comedy] format. It’s our hope that we can reach people — those who might have lived this experience and also those who haven’t — to tell an important story,” Ferrari told We Are The Mighty.

The concept for this series began near the end of The Big Bang Theory’s epic 12-season run when Goetsch read articles about the struggles U.S. service members were having finding protection for their Afghan interpreters. In 2009, Congress approved a Special Immigrant Visa program, which has over the years granted thousands of Afghans and their dependents protection. Still, the number of visas needed lagged behind, often taking years to find approval. During that time, Afghan interpreters faced grave consequences at the hands of the Taliban.

Like I said, not an easy subject for a comedy.

United States of Al follows the friendship between Riley, a Marine who is adjusting to civilian life back home in Ohio, and Awalmir (Al), the Afghan interpreter he served with and who has just arrived in the U.S. to start his new life. Riley has returned home to live with his father, who is also a veteran, and his sister, who plays a grieving military spouse.

“Through creating this series, I’ve gained a deeper appreciation of what the military can do, as well as how powerful the unit is and how challenging it can be to lose the mission and the community when veterans come home,” Goetsch observed. He and Ferrari wanted to honor the veterans and their families who struggle with these issues every day.

The first few episodes are a far cry from the gritty realism of Saving Private Ryan or Black Hawk Down, but they aren’t meant to serve the same purpose. This is a show that wants to tackle hard topics and leave the viewer feeling uplifted at the end.