After 20 years of war, the U.S. will completely withdraw from Afghanistan by Sept. 11 - We Are The Mighty

After 20 years of war, the U.S. will completely withdraw from Afghanistan by Sept. 11 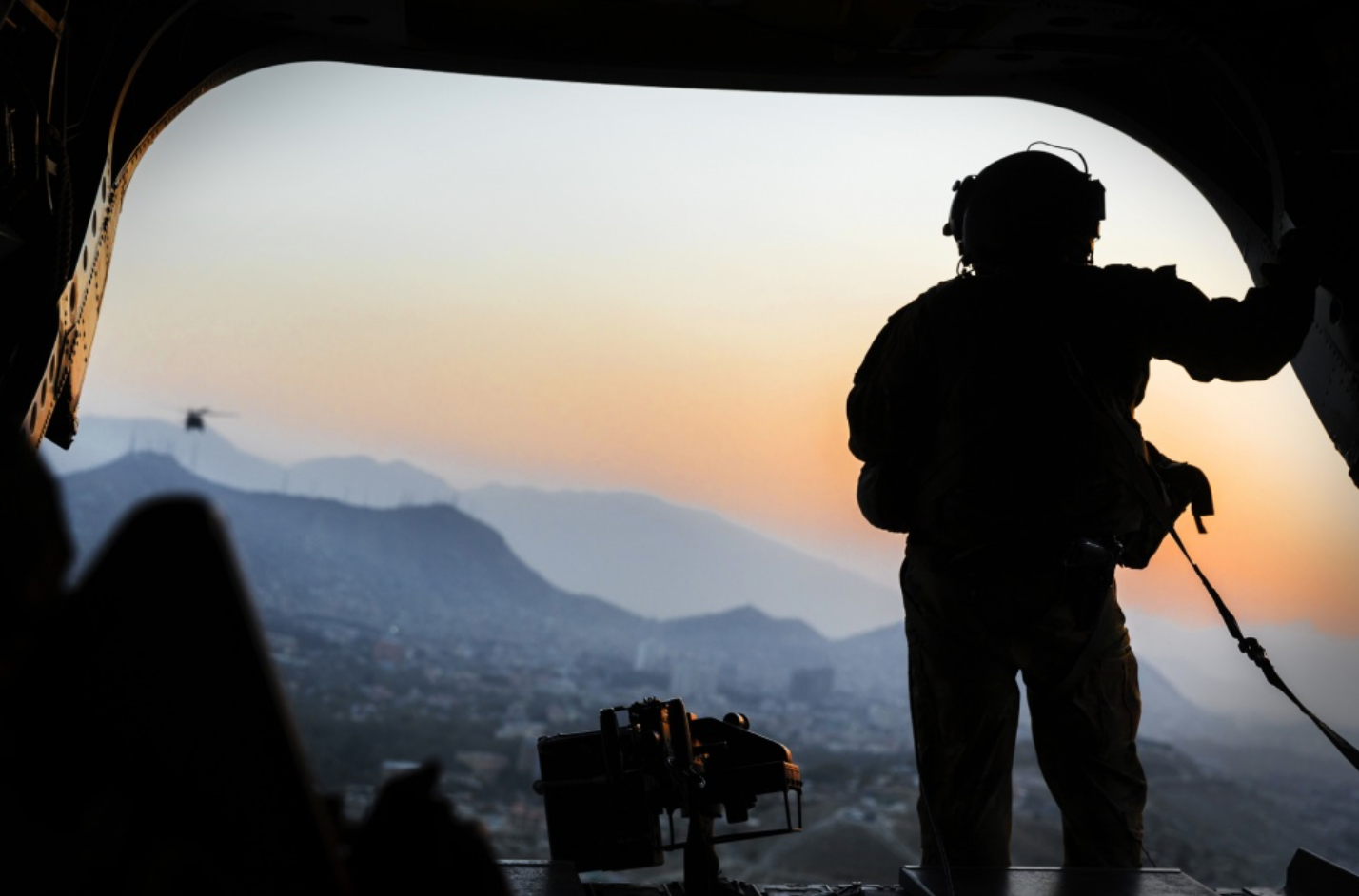 A United States Army loadmaster stands on the rear ramp of a CH-47F Chinook and watches the sunset as it flies over Kabul, Afghanistan. US Army photo.

The longest war in the history of the United States will finally come to an end, 20 years to the day after the terror attack that sparked it.

Officials from the Biden Administration confirmed the plans on April 13, 2021. The original withdrawal date was set by the Trump Administration for May 1, 2021, and this time, it’s “set in stone.”

“The president has been consistent in his view that there’s not a military solution to Afghanistan, that we have been there for far too long,” White House Press Secretary Jen Psaki told reporters. President Biden is expected to give remarks about the withdrawal plan in the coming days.

After May 1, there will be just 3,000 U.S. troops in the country. Their ongoing mission will be to protect diplomats and other American officials still doing ongoing work there. A senior official who first leaked the news said that if the Taliban decide to attack, “we will hit back hard.”

Turkey announced that it will hold a peace talks summit for all the warring parties in Afghanistan on April 24, 2021, but the Taliban said it would not participate unless all foreign forces were out of the country at that time. An intelligence report from the Office of the Director of National Intelligence said a peace deal between the Taliban and the U.S. was unlikely to succeed within the coming year.

According to the same intelligence reports, the pullout is good news for the Taliban, who stand to make decisive gains against the democratically-elected government of Afghanistan once the United States is gone.

The ODNI report, called the Annual Threat Assessment, was distributed before the news of the pullout came from the White House later that same day.

“Afghan security forces remain tied down in defensive missions and have struggled to hold recaptured territory or reestablish a presence in areas abandoned in 2020,” it said. In March 2021, a report from the Special Inspector General for Afghanistan Reconstruction (SIGAR), agreed.

The Taliban “have not significantly changed their tactics,” says SIGAR. “Each quarter since the (U.S.-Taliban) agreement was signed has seen a higher average number of enemy-initiated attacks compared to the same quarters in 2019.”

Critics of the war have long believed that the Taliban had no interest in really signing a peace agreement, believing they could simply wait out the Americans as support for the war waned back home.  Critics of the peace deal hit the Biden Administration almost immediately in response to the news.

Whether a good call or bad, 2021 will mark the end of America’s longest war after 20 years of fighting. There’s a good chance the United States will enter a new phase of wartime preparation — the great power conflicts looming with Russia and China.