Watch this Army colonel take the ACFT in space 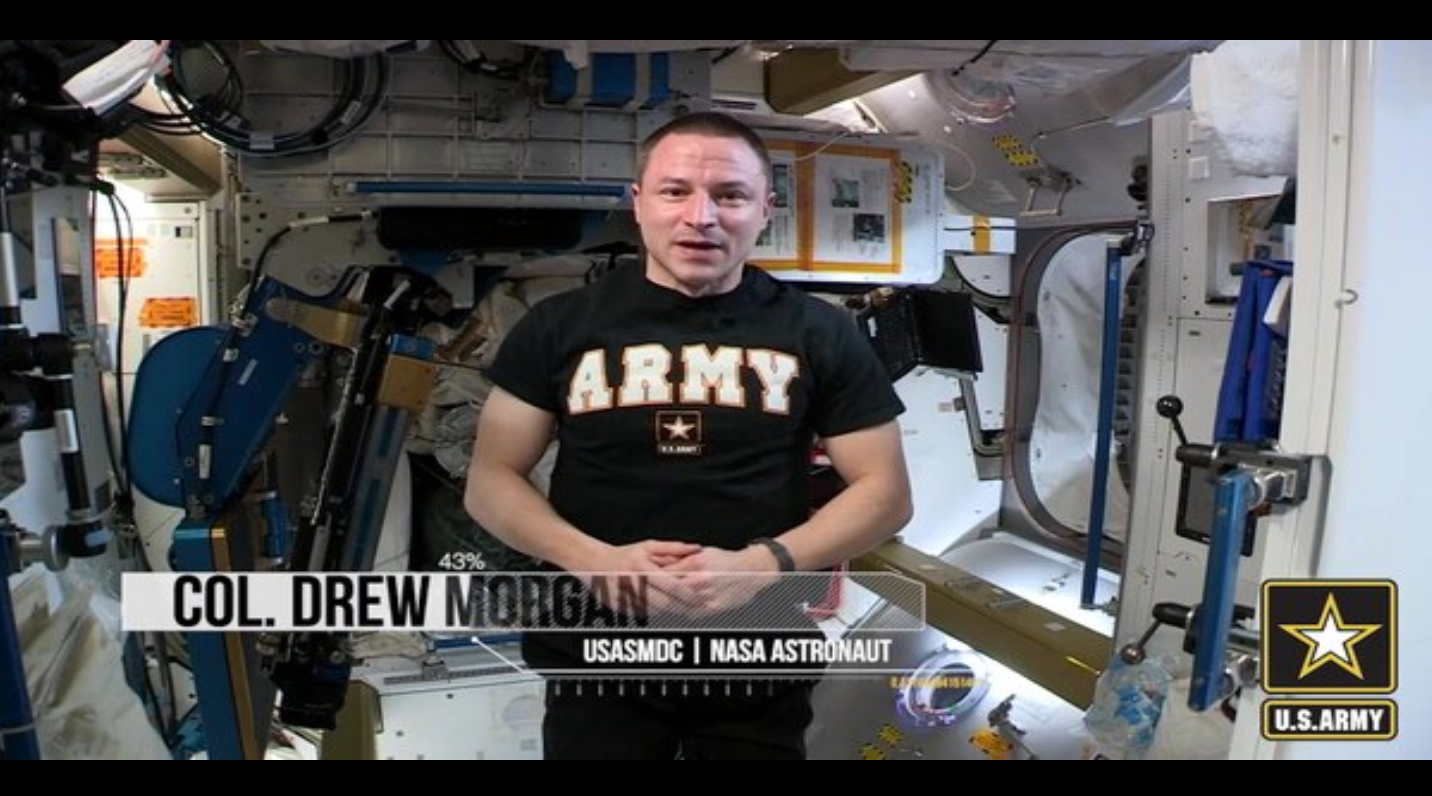 Since its introduction, the Army Combat Fitness Test has attracted a lot of attention in the ranks. Designed to replace the APFT with a gender-neutral fitness test with performance requirements based on MOS, the ACFT has seen many changes over the past few years. With the Army now in the ACFT 3.0 data collection period, updated guidance for the new test is expected in 2022. In the meantime, all soldiers will be taking the ACFT. This includes astronauts.

Dr. Andrew “Drew” Morgan is an Army Colonel and NASA astronaut. A 1998 West Point graduate, Morgan earned his Doctorate in Medicine from the Uniformed Services University of the Health Sciences, Bethesda, Maryland in 2002. He served extensively in Joint Special Operations Command. During his time on a JSOC medical team, Morgan also worked as a part-time physician for the U.S. Army Parachute Team, the “Golden Knights.” He went on to become the Battalion Surgeon for 1st Battalion, 3rd Special Forces Group (Airborne) where he served three years on flight, combat dive and Airborne status. In addition to his dive and parachute training, Morgan has also earned the coveted Ranger tab.

In 2013, Morgan was selected as one of eight members of NASA’s 21st astronaut class. His spaceflight experience includes Expedition 60, 61 and 62. NASA reports that Morgan has conducted seven spacewalks totaling 45 hours and 48 minutes, an American record for a single spaceflight. Continuing to lead from the front, Morgan took the ACFT in space, with some modifications to adjust for the lack of gravity. Check out the U.S. Army video by Staff Sgt. Dennis DePrisco, Sgt. 1st Class Aaron Rognstad and Master Sgt. Robert Segin.