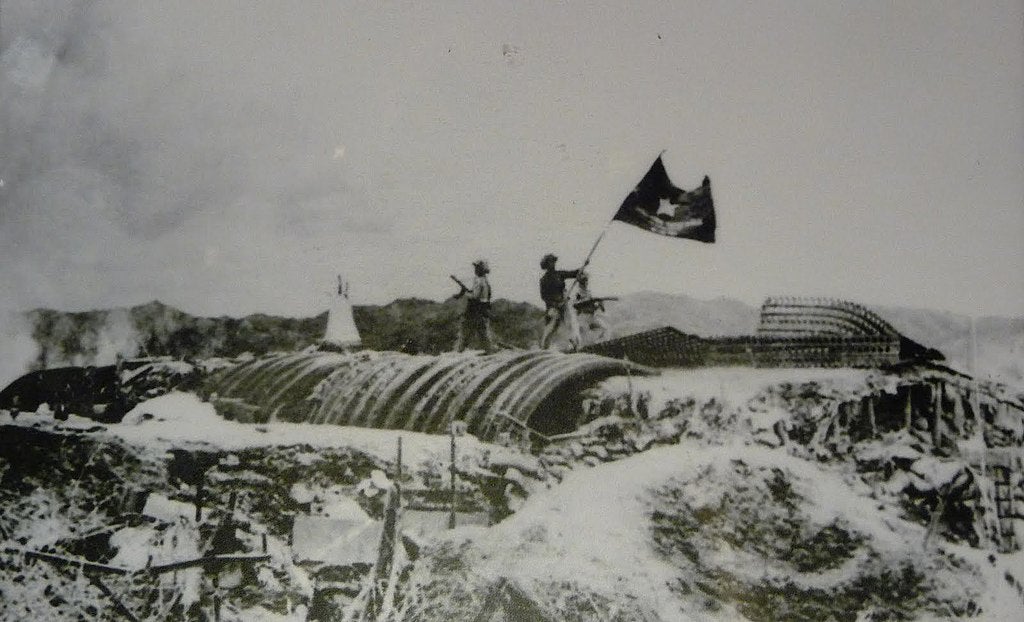 More than a decade before the United States’ involvement in Vietnam, the country was controlled as a French colony. Even back then, the Vietnamese were fighting against outside forces in their country. By they Japanese, Chinese, French or Americans, Vietnam would not relent against outsiders.

Today, it’s easy to look at the French situation at Dien Bien Phu and criticize the French for placing their base at the bottom of a valley, then allowing it to be surrounded by the enemy. Viet Minh Gen. Vo Nguyen Giap would later refer to the battle as a “rice bowl” but the plan was actually based on a previous battle, one Giap lost handily to the French.

The French Union wanted to cut the Viet Minh off from its Laotian supply lines, so it concocted a plan to airlift soldiers near key points in those lines and then disrupt them from there. The French had won a key victory against Giap and the Vietnamese two years prior at Na San.

Na San was an outpost that occupied the highest point surrounding a valley and several other armed positions, a system of trenches and artillery batteries.  They called this system of fortifications the “hedgehog.” At Na San, Giap had repeatedly led his troops into a direct frontal assault on the high ground positions held by the French and took heavy losses for his trouble.

At Dien Bien Phu, the French reasoned, they would be able to repeat their victory over Giap on a larger scale. This time they had planes and tanks along with the artillery to inflict some real damage to Viet Minh manpower.

Giap, however, had learned his lesson about committing such large numbers of men to a frontal assault on a well-defended position. Also Dien Bien Phu didn’t occupy any high ground, it was at the bottom of a valley, surrounded by peaks. The French still believed the hedgehog would be an effective measure against any attack.

The base seemed impregnable and the French posted seasoned combat veterans there who would keep their cool under heavy fire. It was their idea to force the Viet Minh into a pitched battle.

When the fighting started, the Viet Minh had already mapped out the base and knew the locations of all the French artillery. What’s more, Giap definitely was able to bring heavy guns to bear on the base, firing countless artillery shells into the area from places the French couldn’t even see. Months of preparation even allowed the Viet Minh to dig tunnels to hide the guns from French aircraft.

So when the bullets began to fly, the French didn’t control the ridges above Dien Bien Phu and were subject to taking shots from the hills. They had no idea there were an estimated five battalions of Viet Minh converging on their position with everything they had.

The French failed to control the base, and soon after, the country of Vietnam itself. The French would leave Vietnam later that same year.