FOX and Friends host talks Patriot Awards, new book and commitment to serving those who serve - We Are The Mighty

FOX and Friends host talks Patriot Awards, new book and commitment to serving those who serve 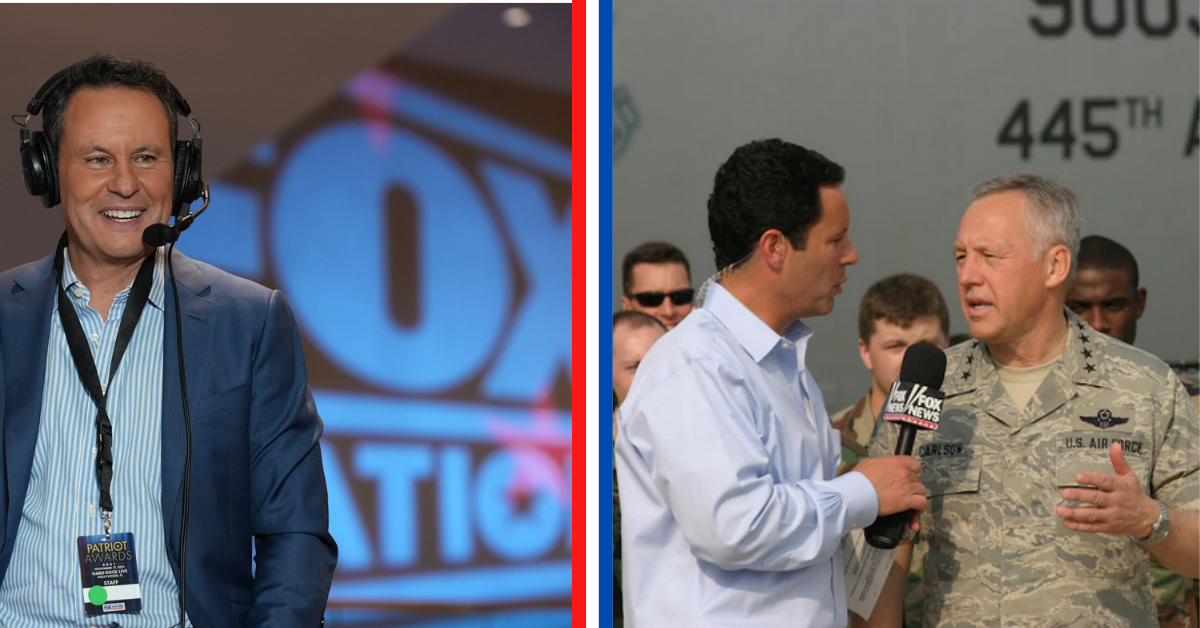 Brian Kilmeade has been talking to viewers through their televisions on FOX and Friends for over 20 years. His books and recent projects have demonstrated a passion for history, the news and those who serve.

Kilmeade has been a familiar face with FOX News Media since 1997. But once-upon a time he wanted to be a soccer player in honor of his late father, an Army veteran. Deep feelings of patriotism and love for America were always a part of his life, traced back to his family’s immigrant roots.

“I always felt that way, no question. I come from a patriotic family and my dad loved being in the Army,” he explained. “I had Italian and Irish grandparents born in their countries and were always appreciative of opportunities. They never blamed presidents, parties or policies for any struggles they would have.”

Though his dream of becoming a soccer player never materialized, his love of storytelling was always present — as was his passion for understanding what was happening around him and why. ​​“I was always fascinated with news and events. I have collected headlines on every major news event since 5th grade and started keeping my own records so I could look back and remember personally,” he said. “My career began in sports and graduated to everything in the world.”

Kilmeade has written many books and five have become New York Times Best Sellers, including his latest, The President and the Freedom Fighter, published in 2021. In it, readers are treated to the story of President Abraham Lincoln, Frederick Douglass and their unique relationship and shared bond to transform the country.

“I always try to find a book that further grounds in facts and tracks our tremendous fascinating past,” he shared. “I do it by trying to bring up more stories, not retelling more known stories of America’s history.”

President George Washington and the little-known secrets of what turned the tide to the American Revolution are covered as well as things like forgotten wars under President Thomas Jefferson.

Not only does he have a passion for history and reporting the unsung stories of our country’s history, his love for those in uniform has carried him through his work since the beginning. “My dad was drafted in the Army and I’ve covered military stories being on countless bases, as well as things like the Army/Navy games,” Kilmeade explained. “Studying Generals Grant, MacArthur and Patton gave me a real sense of how special our past and present military men are and were.”

Recently, he attended the FOX Nation Patriot Awards and was on hand to present for the ceremony which honored many veterans and first responder heroes. He and his co-hosts from FOX and Friends presented the Modern Warrior award to Army Sgt. 1st Class John Goudie, a Purple Heart recipient.

Kilmeade also spent hours with attendees, signing copies of his new book while talking with what appeared to be a never-ending line of fans, well after the scheduled time for him to leave.

“It was great being a small part in the Patriot Awards. I think management found the sweet, untapped section of the awards show which goes perfect with our audience,” he said. “It was a motivating and inspiring night.”

As America wraps up 2021 and heads into the New Year, he has high hopes despite the challenging environment, continued COVID-19 concerns and current political divisions. “I think we need a leader for the country, not for a party. We have all the fundamentals to dominate and lead, we have just lost our way, but not far off course,” he shared. “We also have to stop depending on presidents to make us happy, or senators, mayors and governors.”

Kilmeade is a passionate patriot whose love for country led him to telling her stories and documenting the history we’ll one day be able to look back on, thanks to his work.