How veterans can make gaming a viable career 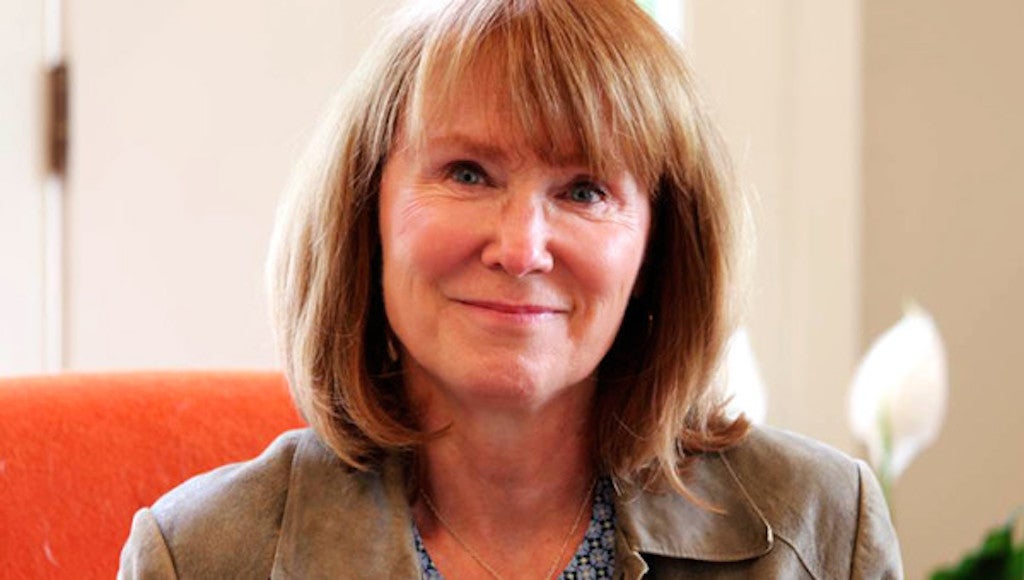 Dr. Ariella Lehrer earned her degree is in Psychology, from UCLA, and a PhD. in Cognitive Psychology from Claremont Graduate University. As the founder of Legacy Games, she is a pioneer in the video game industry during a time when female players were not taken into consideration as an audience. Proving a female audience in gaming is financially viable, Legacy Games has served the casual gaming community with great success for 23 years. The publisher led the way in licensing hit TV series such as Law & Order, The Apprentice, CSI, Criminal Minds, Project Blue Book and other properties with major retailers such as Walmart. The Puzzle style gameplay of their library has sold millions of units per title in a time before digital downloads were a thing as well as today. We Are The Mighty sat down with Ariella to hear her story, learn about the future of Augmented Reality, and get advice for veterans interested in making gaming a career.

The video game industry is a male-dominated field. As a female CEO and founder of a successful video game company, what does it take to thrive?

I feel my response to that is a little idiosyncratic in that I have always been the CEO of my own companies. I’ve had game companies. So, I’ve always been the boss lady (laughs) because of that I have not experienced the same challenges other women have had in the video game business. [Such as] work up the ladder from being a system producer to the executive ranks, is a very different type of experience than I’ve had as a CEO. I think the challenges of the video game industry in particular is the fact that it is so fast moving. Everything feels fast moving now, but unlike let’s say an insurance company, the video games platforms change every few years.

In the old days you’re used to working with a 3 ½ inch disk then before you know it you’re on DVDs. Switching to consoles, now there’s a new console coming out every four to five years, then things go to mobile. Things go from premium games to free-to-play. There are so many business models change, genres change, game content changes, platforms, the basic technology used to make these games changes. To survive like Legacy Games has survived for 23 years – you have to be incredibly agile. You have to adapt to new circumstances. That’s true regardless otherwise you will not survive in this industry.

On your blog you said you had a career changing moment at a benefit dinner for a local charity. You sat with one of the most important Hollywood producers of the time. Dish!

(Laughs) It is a funny story! This was really the beginning of Legacy Games in 1998. We started an Emergency Room simulation. It was really popular! In fact, we had a lot of paramedics that just loved this game and people from other types of jobs. We sold over a million of these units at Walmart. We did lots of sequels and expanded through that; animal rescue type of games, pet pals, and we did that for about four years. I felt we had sequelled out, we just couldn’t do anymore sequels. I was trying to figure out how to appeal to my audience, [which] surprisingly for the time, we had a good percentage of women who were buying these medical games. This was all through retail, not digital sales at the time. I thought ‘what can we do next?’

What I realized was, ‘These women like education simulations but they also like stories.’ They like detective and mystery stories. They like to buy these products in book form. So, I thought, ‘Maybe we could use something like that.’ As my husband and I were thinking about that we attended a fundraising dinner for an organization called The Anti-Defamation League. We sat at a table and next to me was Dick Wolf.

When I asked who he was he said ‘Law & Order’. I said ‘oh! You’re the guy who created Law & Order!’ (laughs) He’s probably one of the richest guys in Hollywood because he’s had the longest running show on television for a long time. Anyway! We were talking and he knew nothing about video games but he was curious and asked a lot of good questions. I said, ‘You know, you should let me make a game out of your show.’

At that point, NBCUniversal had all the rights. He said, ‘Here’s my number, here’s my card. I’ll try to find somebody at NBC to talk to about this.’ There was no video game person at Universal at the time. So, I started talking to the merchandise guy and he said ‘A game! Sure, a game! We can license that to you!’ (laughs) We made four Law and Order games and they sold really well. It was a challenge to get them on the shelves at Walmart because they didn’t believe people would buy this type of game. I said ‘No, no, no! Women are going to going to love this! They’re 60% of the TV audience, they’re shoppers at your store, and they’re on the PC. They’re really going to like this.’

Anyway, they did. They sold really well and that was the start of Legacy Games. We picked up many TV brands like Murder, She wrote and Criminal Minds, and ghost/paranormal space, lots of games like that and they sold really well.

Legacy Games is working on Augmented Reality and VR titles. What can you tell us about that?

I’m very interested in Augmented Reality and I think it has so many wonderful applications. I’m really excited on a project I’m working on that is designed for urban planners, landscape designers, municipalities. We’ve done some demos for the City of Long Beach and West Hollywood. You’re able to create a multistep tour with specific stops along the way. At the stop you can design what it is you want people to see.

Think of the city of West Hollywood: you want to know what people in the community think of this new bike lane. What do they think of this new bus stop or trees and flowers. What about what is in the circle in a roundabout. So, imagine you’re the city and you want to make something and get the community’s input. Would you rather have a palm tree or a California Oak Tree? Thumbs up or thumbs down.

They’re doing all of this following the tour the City created and they’re inputting their responses in real time and the city can see. ‘Oh! The people who took this tour hate the roundabout but love this palm tree here.’ It is a way to gather community input by allowing people in the community to see changes in their environment. There has just been no good way to get the community involved in the past. It is a really solid implantation of augmented reality. They’re useful not just some silly face thing (laughs). That’s what I’m working on in AR.

What advice would you give a veteran pursuing a career in the gaming industry?

First of all, diversity is a big deal these days. In the video game business we have not done as good a job as we need to. I’m not just talking about diversity of race. I’m talking about socioeconomic diversity, female participation, as well as diversity of experience. If I was doing a first person shooter I would be looking for someone who had actual military combat experience. [Veterans] have a little bit of a heads up in the types of games because of their experience.

Basically the way you start hasn’t changed. Video game companies are looking for people who are absolutely passionate, people who know their games backwards and forwards, hopefully a diversity of experience – they don’t just play first person shooters. They can appreciate other game genres and styles of games. If they do not have any experience, there are design schools. I know they’re rather expensive. USC has the best game design program in the country. That’s a four year program but the kids who come out of there are really well educated. I like to hire out of these programs, recently [we’ve hired] a young woman out of UC Santa Clara. They have a good design program there as well.

If you don’t get into a college and you don’t take course work but you are passionate, if you create a prototype used to show off, we love people who are self taught. They experimented with a certain game play mechanic with a demo in JAVA or something. That really helps. A lot of people start out in quality assurance. They learn how to test games and look for bugs. They learn about reporting and the nitty-gritty elements of game design. That’s a good place to show promise. You can work your way into a production and move up.

Additionally, there are many ways to get into the business and I believe they would absolutely be appropriate for veterans. I deeply appreciate their service to our country. I’m a very much American History buff. My son actually produces for the History Channel – which I devour. We went to the anniversary invasion on D-Day at Omaha Beach two years ago. My father was a retired Army captain, I am deeply appreciative of the sacrifice and service of our veterans.

What is next for you and Legacy Games?

We just launched a new push to acquire new indie games. We’re expanding our audience. Our audience right now is focused on casual, female oriented, puzzle games but the business is changing. With indie games, it seems to me, they seem to be more innovative and take more risk. They do not have $100 million budgets. The big projects have those budgets but you can take more risk with gameplay, theme, characters, story, and they’re interesting. There is not a lot of distribution opportunities. So, Legacy Games has decided to focus a little bit more on indie games, acquire, publish, and sell.

We’re in the beginning stages. Look for that in the next few months. We’re curating indie games but we’re going for ones that have won all kinds of awards. We want to have a special section on Legacy Games. Legacy Games will sign as many indie developers as we can who meet those qualifications.