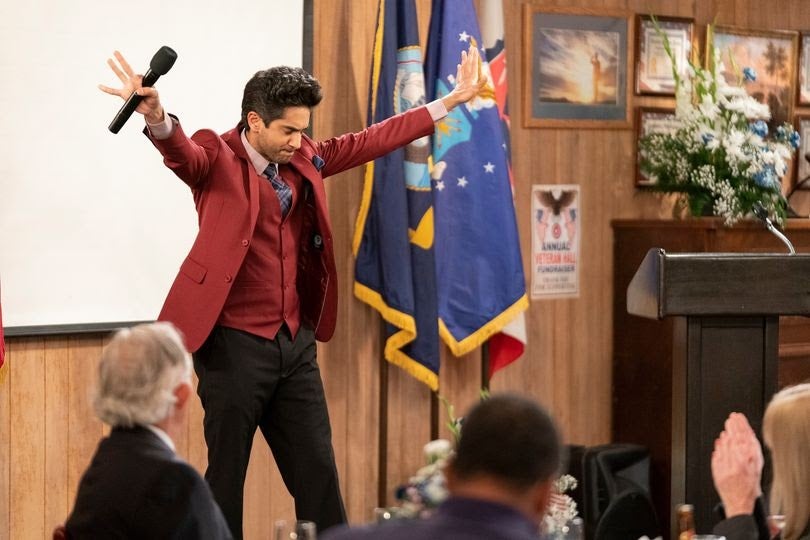 Every once in a while, a tv show hits on something that resonates so deeply, we can’t help but find tears in our eyes. Last night, CBS’ military comedy “United States of Al” delivered such a scene.

As the show explores the relationship between an Afghan interpreter (Al) and the US Marine (Riley) who sponsored his immigration to the United States, viewers have been treated to laughs every Thursday night. We’ve cracked up watching Al fumble through the nuances of American life, giggled at the things quite literally lost in translation and felt the many pulls at our heartstrings as the complexity of life off the battlefield unfolds.

We’ve grieved with Riley’s sister over the loss of her fiance who was killed in action, we’ve struggled alongside Riley at the deterioration of his marriage during deployment and we’ve so deeply empathized with these characters as they find their “new normal” on the home front, away from the bizarre comfort a warzone offers when you’re side by side with your brothers and sisters in arms.

We’ve seen glimpses of Al and Riley “over there,” but we haven’t truly understood the relationship between the two – representative of the relationships between thousands of interpreters and service members – until a speech by Al at the local veteran’s hall, where Riley’s dad is a member.

Throughout the episode, we’re given flashes into Riley’s discomfort at being honored at a ceremony at the post. In his dress uniform, Riley arrives at the ceremony, immediately lauded for his bravery, and asked the questions so many veterans face returning from war. Things like, “What was it like over there?” “Did you throw a grenade?” “I heard you’re a hero!” Riley is visibly uncomfortable and walks out before he is supposed to give his speech. While Al has prepped for his “big moment” by reading a speech giving book, his vulnerability and the harrowing truth about the “eyes” steals the show:

“I read a book on giving speeches and it suggested opening with a joke. But I’m not going to. Because there is nothing funny about the 17,000 Afghan interpreters still waiting for visas which were promised them. When we decided to join the US forces, we were not only risking our lives, we were putting the lives of our families in danger. We were the eyes and ears of American troops and that is what the Taliban called us – the eyes. On missions I would hear them over the radio say, ‘Shoot the eyes first.’  And a lot of times, they did.

My friend Riley saved my life on three separate occasions. Twice from gunfire, once from red tape. He got my visa application out from whatever pile it was buried under and brought me to America. I know he doesn’t like to be called a hero, but the interpreters who don’t have a friend like him are probably not going to make it here. So if he won’t let me call him a hero, I will call him my brother.”

Al’s speech is all too familiar to interpreters and veterans here at home. An estimated 18,864 Afghans are still waiting for approval in a process that has significantly slowed in the past few years. With violence against civilians and targeted killings increasing in Afghanistan, and with a U.S. withdrawal from Afghanistan looming in the near future, many SIV applicants worry that their visas will come too late, if at all.

They were our eyes and our ears over there. They gave us everything to aid our fight to advance freedoms across the world – they risked their lives, their families, their stability. We gave them our word we’d bring them home with us. The least we can do is to keep it.

Check out The United States of Al on CBS Thursday nights at 8:30pm EST/PST or stream on Paramount Plus.