BREAKING: US Marines discover crayon consumption cures COVID-19 - We Are The Mighty 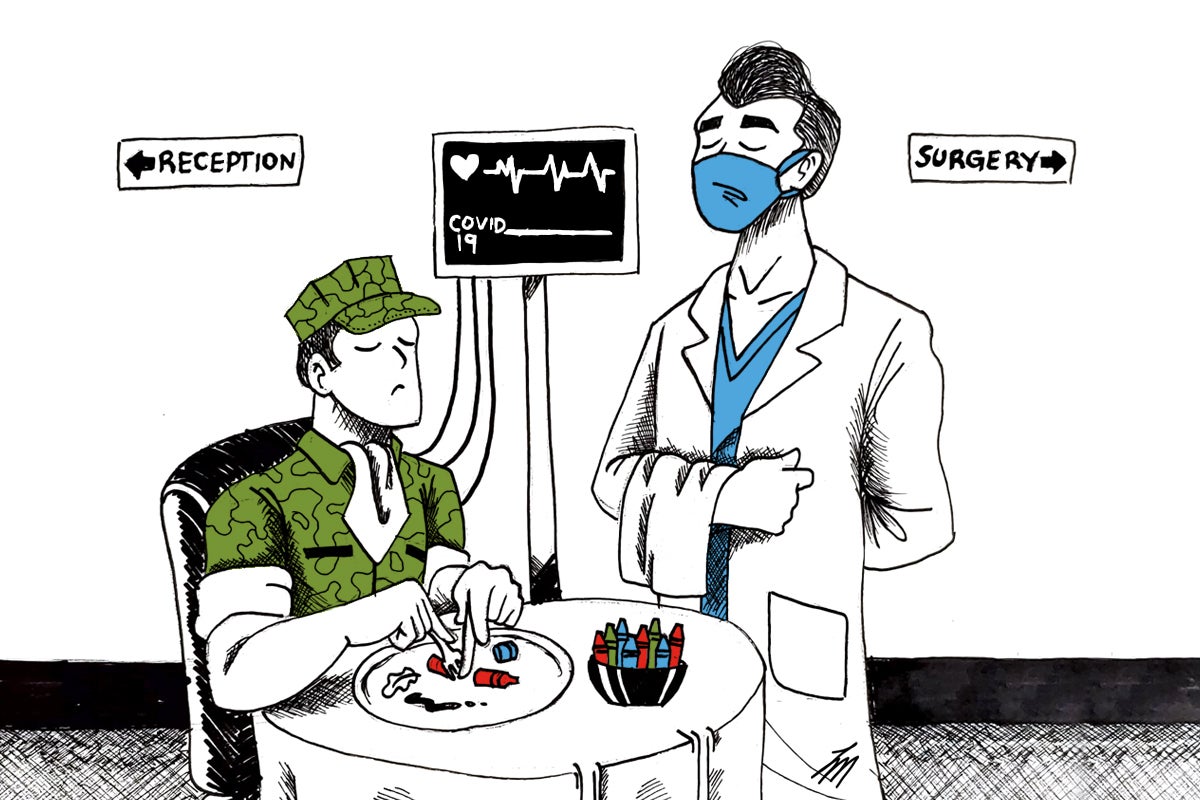 As of March 19, 2020, novel coronavirus has been responsible for a global pandemic that has infected more than 267,000 people, killed over 11,000, and left many more jobless. As a new virus, there has been an international race to find a vaccine to slow the rate of infection.

In a stunning development, U.S. Marine Corps officials have announced that they found a cure in an unlikely yet very familiar place: a box of crayons.

In an exclusive interview with Coffee or Die, General William G. Busey, commander of Marine Forces Command, said that the development was discovered by three young Marine lance corporals quarantined at 29 Palms, California.

“For generations, our brave Marines have answered the nation’s call no matter the stakes. With the fate of the world on the line and literally nothing else to do, three young Marines — quarantined in the closest replica of hell that we have on earth — volunteered to contract COVID-19, and then do what they do best: eat crayons. And it worked!”

The three Marines are in stable condition and are now undergoing further medical tests to evaluate just how many crayons are needed to cure the virus. Early testing suggests that a 24-pack isn’t enough, while a 64-pack is too much.

“I mean, I think contracting coronavirus was actually kind of nice,” said Lance Corporal Shane Geller, one of the three volunteers for the groundbreaking test. “29 Palms is fucking terrible, so I thought it was pretty unlikely that the virus could make my life as a mortarman in the Marines any worse. And I mean, who’s gonna turn down free Crayola snacks? It was a no-brainer for me.”

For fellow Marines, the announcement was not a surprise. “No Marine Corps insider is shocked by this revelation,” said Jack Mandaville, a Marine Corps veteran. He then went on to clarify, unprompted, that “there are no ex-Marines — a Marine is a Marine. And all Marines are riflemen. And they don’t die, they just regroup in hell. Semper fi. Hey, wanna see my eagle, globe, and anchor? It’s earned, not issued.”

Editor’s note: Just in case you haven’t figured it out, this is a satire article and is in no way meant to be an accurate depiction of actual events. Stay safe, and wash your hands!