Healing through humor: 10 memes about the Vietnam War every veteran should see - We Are The Mighty

Healing through humor: 10 memes about the Vietnam War every veteran should see 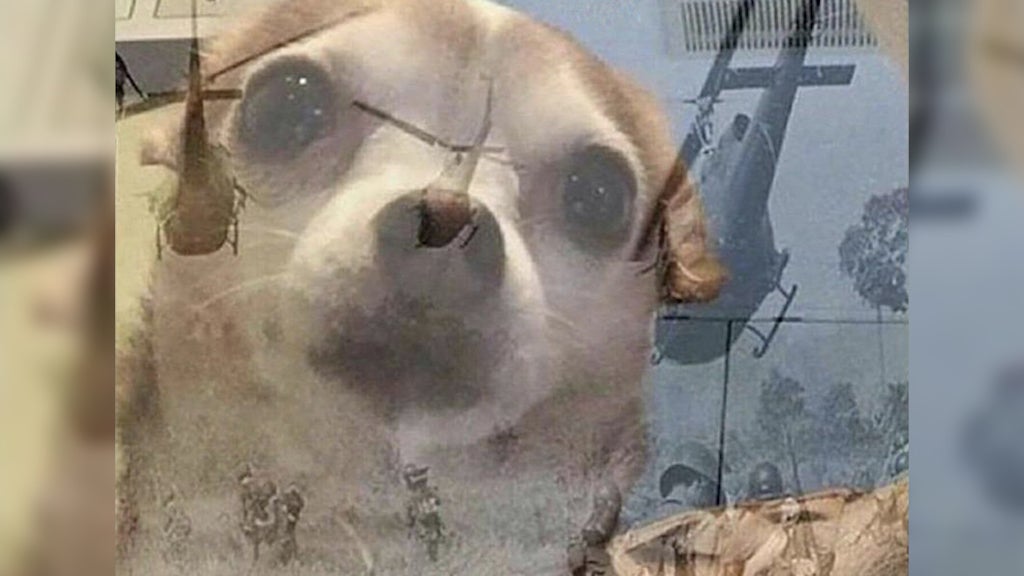 The Vietnam war was warfare between South Vietnam who had the United States as its abettor, and North Vietnam. As an abettor, the US provided immense aid, including armaments, funding, and training to South Vietnam’s military and government.

In contrast, north Vietnam received support, regular combat troops and political direction from the Soviet Union and China. The Vietnam war has an excellent popularity in the United States and worldwide to date, and numerous memes give the situation an educational, motivational, alongside comical effect.

The GIF meme by the YouTuber Giupatamon shows a white hamster being given a strawberry which is too exciting to receive. However, the hamster doesn’t manage to get a bite, freezes, and stops moving. As its stares, videos from the Vietnam war play over the hamster’s video as if the hamster is reminiscing about the war events.

2. No Man Left Behind

The “No man left behind” policy is fundamental to the US military as it was initially attributed to the elite US Army Rangers who abode by their creed of not leaving compatriots behind. The meme shows a soldier carrying a fellow soldier who seems maimed over his shoulders and a soaring American flag with the caption, “he is not heavy; he is my brother.”

During the war, a notable number of the US military were held as prisoners of war. The SpongeBob war meme recreated the hostage situation, which shows a fish soldier sitting in front of disheveled and shocked SpongeBob, Patrick and Squidward.

The US and its allies employed approximately 7.5 million tons of bombs during the Vietnam war. This occasion was alarming as it constituted the largest aerial bombardment ever known. The bombing was traumatizing for both the Vietnamese and American soldiers as it is captured in a meme. In the comical meme, a grandchild makes popcorn, making loud noises that take the grandfather back to the war.

The hilarious meme epitomizes a collation of comics and war. It depicts a shocked man sweating profusely with the caption, “when you tell a joke in war, and the bushes start to laugh.”

The Lorax meme is based on a book by Dr. Seuss and an animated film based on the book where the Lorax is a character that promotes environmental conservation. The meme is humorous as the Lorax is depicted with his line “I speak for the trees,” and afterward, he comments, “they speak Vietnamese.”

The chessboard meme is centered on the North Vietnamese soldiers’ guerrilla tactic involving hiding in the trees. In the meme, there is a chessboard that depicts the war. The white side with all the chess pieces represents the Americans, while the black with trees represent the colored Vietnamese. Accompanying it is the caption, “when you play chess with Vietnamese.”

Numerous Americans protested against America’s involvement with the Vietnam war, especially through songs. The song Fortunate Son has an anti-war theme and shows unanimity with the American soldiers. The Oh Neptune meme shows the Vietnamese perspective upon hearing the song, which made them know they were done for.

The Chihuahua PTSD meme, also the chihuahua Vietnam war flashback, is an image that shows a dog gazing into the distance with photographs from the Vietnam war laid on top of the dog’s picture. Usually, the dog’s photo is used to create memes that evoke negative, triggering or tragic memories from the pat based on the caption attached to it.